How My Brothers Saved Me

My brothers saved me from myself and the reality of our world.

For as long as I can remember, my brothers have always been my strength. They are both my rock and even sometimes, my best friend. I remember the day that each of them came home from the hospital. I was so excited to be a big sister! They were so little and I was still so young. I just knew that I had to protect them, no matter the cost.

Growing up, life at home wasn’t always easy but I knew I had to be strong for them. After my parents divorced, I knew it would be hard especially for them because they didn’t understand what was happening. But I understood. I never wanted them to feel the way that I was feeling. As their oldest sibling, I knew I had to make sure they felt safe and secure with me. I wanted them to know that they had someone to rely on because, at the time, I didn’t.

If you’ve seen my story, you’ll know that my parents divorced when I was about 12 years old. I remember that day like it was yesterday. Donovan was only about 3 and Dante was still just a baby. In one day, I watched my whole world fall apart. I felt broken but I knew I couldn’t let them see that. I knew I wouldn’t be able to explain that feeling to them. Even when I felt like I was drowning, I always made sure that they were okay first.

After my dad left, my mom wasn’t home much. She worked and went out with friends, it was her way of coping. I mean, who was I to try to stop her when I knew she was hurting too? While I wanted to let her deal with her pain, I was still mad at her. I was 12 years old and I had to take care of my siblings. I loved them but I was already dealing with my own demons and now I had two little humans to take care of now. Most people my age wanted to be a kid but at this age, I’ve forgiven her because I knew that was the only way I was going to heal on my own.

After my parents split up, I struggled for a really long time. I can’t even begin to imagine how Dante and Donovan were feeling about the whole thing. Unfortunately, I fell into a really deep depression. School became too overwhelming for me, I found myself really struggling to get out of bed in the morning. I couldn’t handle having to go there and pretend like everything was okay when I felt so broken. I already had to hide how I was feeling at home because I couldn’t let my brothers see me be weak. Someone had to be strong for them.

Despite everything going on, my brothers gave me peace. They made me feel safe and they didn’t even know it. Knowing that they had me to count on gave me peace of mind. That was more than enough for me. I spent so much of my time taking care of them that I never stopped to take care of myself. But they did. They took care of me in ways I don’t think they’ll ever fully understand, even now.

I lived through days where I genuinely wanted to die. There were so many times that I considered ending my life because the life I was living just wasn’t worth the pain I felt. And when I wasn’t having suicidal thoughts, I was cutting myself. I used to cut my arms, my legs, my hips. Anywhere that would hurt enough to make everything else go away. I was in this horrible cycle of suicidal thoughts and self-harm. I felt like I wasn’t enough. Not for myself or my parents. But for Donovan and Dante? I was enough. More than enough for them. I was their big sister, their biggest fan, their best friend and so much more.

They will never truly know how much they’ve done for me. They don’t know that I was lying awake at night wondering whether I should be alive, that they were the reason I wanted to keep going. That their sweet, innocent little faces always made me wonder, “why would anyone want to leave you?” How everything they’ve ever said to me has stuck with me my whole life. They just don’t know how much of an impact they’ve had on me as an adult. I could never leave them, not ever.

Donovan and Dante are the best brothers that anyone could ask for. I truly mean that. I am so thankful to have the relationship that I do with them because I know a lot of people don’t have that. I’m lucky to be their big sister and I will never take them for granted. They might be a pain in my behind sometimes but I know they have good intentions. My brothers are the ones who protect me and my heart from harm. My brothers saved me and they continue to save me every day.

Thank you Donovan and Dante for reminding me what I’m worth and making me feel whole. Without you, I would not be who I am today. I love you both more than words.

Here’s a really cool article that talks about siblings under stress. It’s a really good read!

If you or someone you know is struggling with anxiety or depression, there is help out there. Check out some of our resources here. 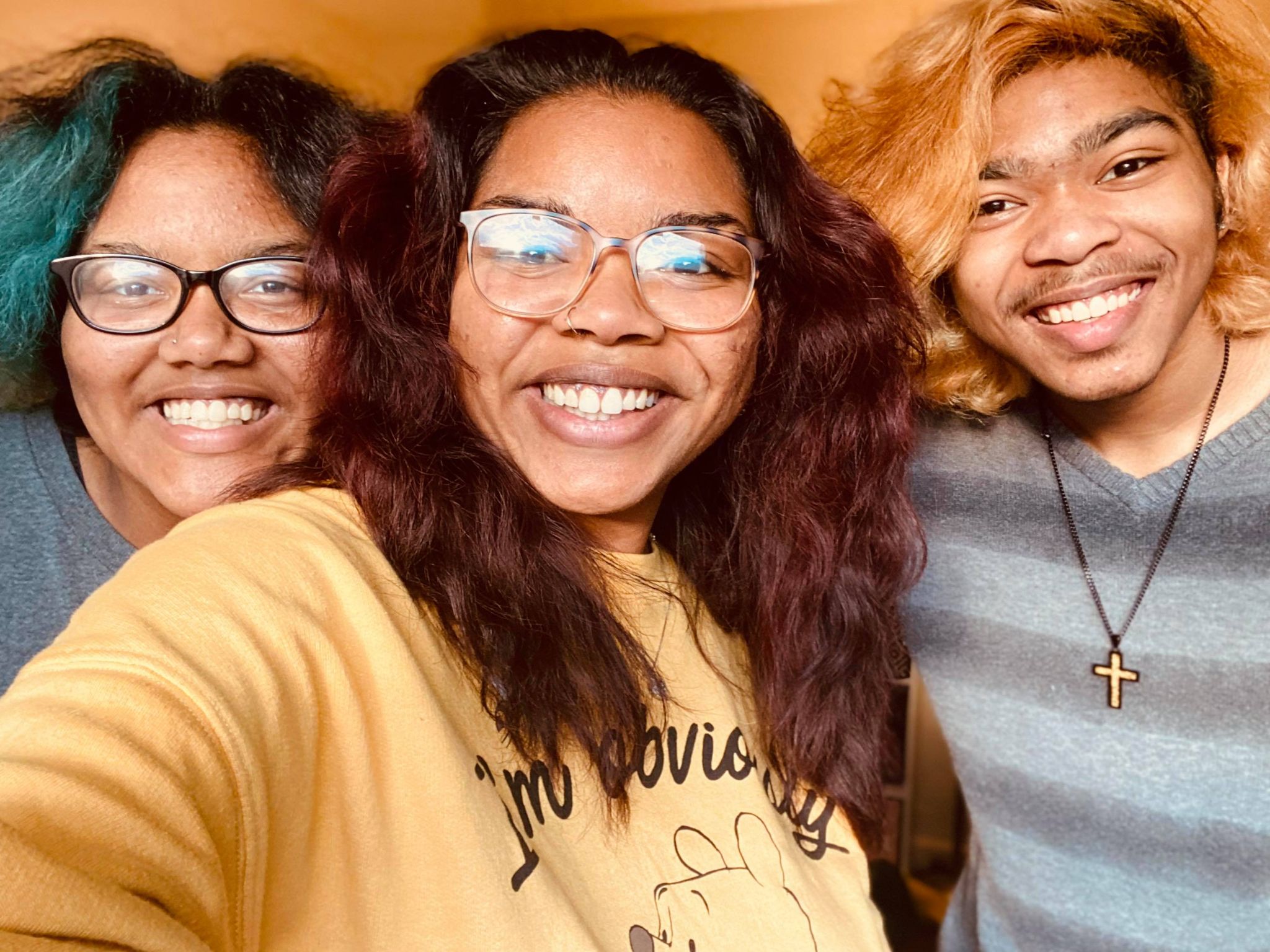