When I first got my puppy Rip, I wrote a post about the stress of having a new puppy. To say I was overwhelmed was an understatement. I felt completely isolated and there was definitely a lot of crying involved from being so overwhelmed with training and just making sure he stayed safe and out of trouble.

But, I am happy to report things have gotten a lot better since the beginning. Last Saturday, Rip turned four months old and while he is definitely still a handful, things are a lot easier now. Before, leaving the house used to feel impossible because I would worry about him the whole time I was gone. All I could think about was him having to go out while I was gone and I was always just a nervous wreck.

I couldn’t just bring him with me. When he was really young, I had to actually get him used to the car. Turns out dogs don’t instinctually love cars LOL. I had to slowly work my way up to him being able to do longer rides. It was hard at first due to his tiny bladder and car sickness. But, things are a lot easier now that he is more comfortable in the car!

While things are definitely much better than they were, there are still days that are way harder than others. On days when he doesn’t want to nap and I can’t get anything done or any time to myself, it’s definitely hard. On days when training doesn’t go well, I get frustrated and negative self-talk comes in telling me I’m not cut out for this. On days when he won’t stop chewing furniture, I go a bit crazy.

I think the biggest issue right now is he’s not fully vaccinated yet so I can’t actually take him out of the car on his rides just for his own safety. I can’t wait to be able to just take him with me on walks in nature. It’s hard feeling like him and I are confined to the house. He should be ready to go to public places soon though and I’m sure it’ll help a lot!

But, at the end of the day, things are getting better and he is definitely on his way to be being a nice, polite doggo. He might be a bit fresh now, but I mean look at him, how could I not love him!? 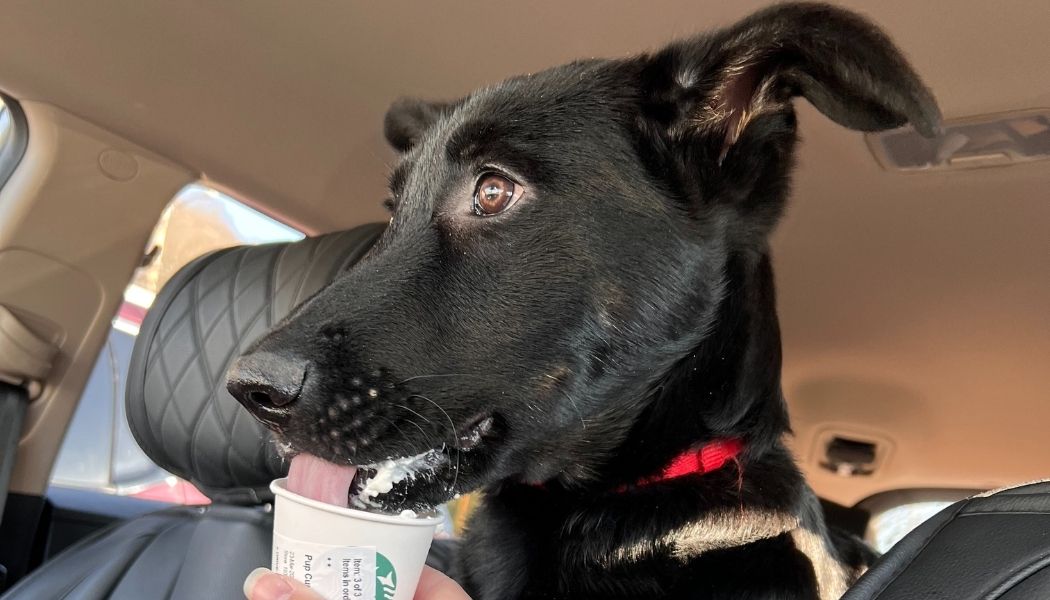