My Struggle With Anorexia and Disordered Eating

It’s no secret that we live in a society that praises the skinny. Diet culture is still everywhere we turn. Social media is filled with accounts that feature super skinny or super toned and muscular people. It’s no wonder so many teens and young adults are struggling with eating disorders.

It’s hard not to judge your body when everywhere you look, there’s a skinny, pretty person in your face. Not to say it’s the skinny people’s fault, but the media really pushes that skinny is beautiful. The media doesn’t tell you that all bodies are beautiful or that all bodies matter.

Just yesterday I found myself scrolling through Kylie Jenner’s Instagram wondering why I don’t look like her. And it’s not just her, my feed is filled with skinny celebrities. Sure, I know a lot of things are touched up and angles make a huge difference, but looking at these pictures really makes me hate my body.

I have struggled with anorexia and disordered eating since I was in middle school. I think the earliest trigger was probably my dad telling me that I was “fat” at 57 pounds. I was only in 5th grade. Looking back I think it affected me way more than I originally thought.

After that incident, I would “cut weight” before going to the doctors because I knew they were going to weigh me (I grew up in a house where wrestling and cutting weight were a big thing). I vividly remember having a plastic cup that I would just spit into hoping that expelling some salvia would make me lighter. I was just a kid, I really didn’t know any better.

When I got into high school, my disordered eating manifested in a very different way. I was straight up starving myself because I was depressed. I felt like I had no control over my life and it felt like controlling what I ate was the only real control I had over my life.

When I was a senior in high school, I was in a pretty toxic relationship. It was my first ever REAL boyfriend. This guy would make comments about my weight all the time. Mind you, I have NEVER been heavy in my entire life. But, this boy would talk about my body in such a negative way. I began to have very little self-confidence and very little self-esteem. I wasn’t eating because I was depressed, but I also wasn’t eating because I liked how skinny it made me.

My eating disorder was probably the worst between senior year of high school and the beginning of freshman year of college. I think it was a combination of things going on in my life, low self-esteem, and the stress that is the transition from high school to college. In high school my eating disorder was so bad, I wasn’t getting my period for months at a time. At the time, I had no idea that anorexia and being underweight could literally cause your menstrual cycle to disappear.

At my worst, I became obsessed with my weight and what I looked like. I was literally weighing myself every morning and I was watching the scale go down. Part of me was worried about my health, but there was another part of me that cheered every time I saw the scale go down. I remember looking up my BMI frequently to see if I was considered underweight.

For a while, things got better. I was eating regularly, but when my depression came back, I stopped eating again. It had to have been the end of my sophomore year of college. I hated my major and it made me hate school. I was working a lot. And my depression got to the point where I just didn’t want to be alive anymore and I didn’t care what happened to me. I made the decision to starve myself and smoke cigarettes because I just wanted to slowly wither away and die. I honestly wanted myself to suffer. I even told my own mother that I was starving myself so she could watch me wither away and die (sorry mom).

For years, the cycle of starving myself when I was depressed continued every single time I felt slightly unwell. It crept up when the pandemic first started and there were days I was lucky if I ate anything at all.

I would love to tell you that I am happy and healed, but I think when you’ve been suffering with disordered eating as long as I have, there are times when I am not eating as much as I should and I don’t even notice. Eating disorders can have lasting effects. For me, my body’s hunger cues are all out of whack. If I don’t eat when my body sends me a hunger signal, it will quickly pass and I will forget I was even hungry and I won’t eat. My body is just used to not receiving food, even years after the worst of my battle with eating disorders.

Recently, I was going back through my photos on my phone because I was trying to clear up space on my phone. I came across quite a few pictures I had taken of myself where I honestly thought that I had looked heavy or fat at the time. Looking at them now, I can’t believe that I ever thought that I was fat. I had never thought of myself as somebody with body dysmorphia, but now I’m starting to think it was there the whole time with my eating disorder.

In recent years, I thought I was totally fine, and while I wasn’t restricting food, there were points I would become obsessed with working out and I would over-do it. Not only was I overdoing it, but I was still under eating because that was just what my body was used to. Honestly, I thought I was just being fit and healthy, but the reality is, you shouldn’t be intensely working out every single day. Your body needs time to rest.

There was another point that I tried tracking my food in an app in an attempt to make sure I eat enough while I was into working out. This involved weighing my food. Due to my history of disordered eating, it did not work out well for me. I found myself not wanting to eat certain foods because I felt shame around tracking it. I also wouldn’t want to eat anything I couldn’t properly or accurately track in the app. Like one day, my boyfriend was being nice and he made me eggs. But, since I had no idea how much was in there, I freaked out and wouldn’t eat the eggs. It was then that I knew I would not be able to track my food.

Nowadays, I am trying to find balance after years of disordered eating. I still work out, but I don’t have a meltdown if I can’t workout. To this day, I still under eat, but I am working on eating consistent, balanced meals to help my blood sugar stay stable. Nutrition and making sure your body is properly fueled not only helps you feel better physically, but it also helps your mental health. Your body can’t function properly if you’re not properly fueling it. I still compare myself to other people I see on Instagram, but I am also actively trying to love the skin I’m in.

Recovery is possible. It isn’t easy, sometimes it’s ugly, but it is possible. There is help out there and there are so many resources you can turn to if you’re struggling with an eating disorder.

If you’re struggling with an eating disorder, but you’re not sure where to start to get help, check out our resources page. 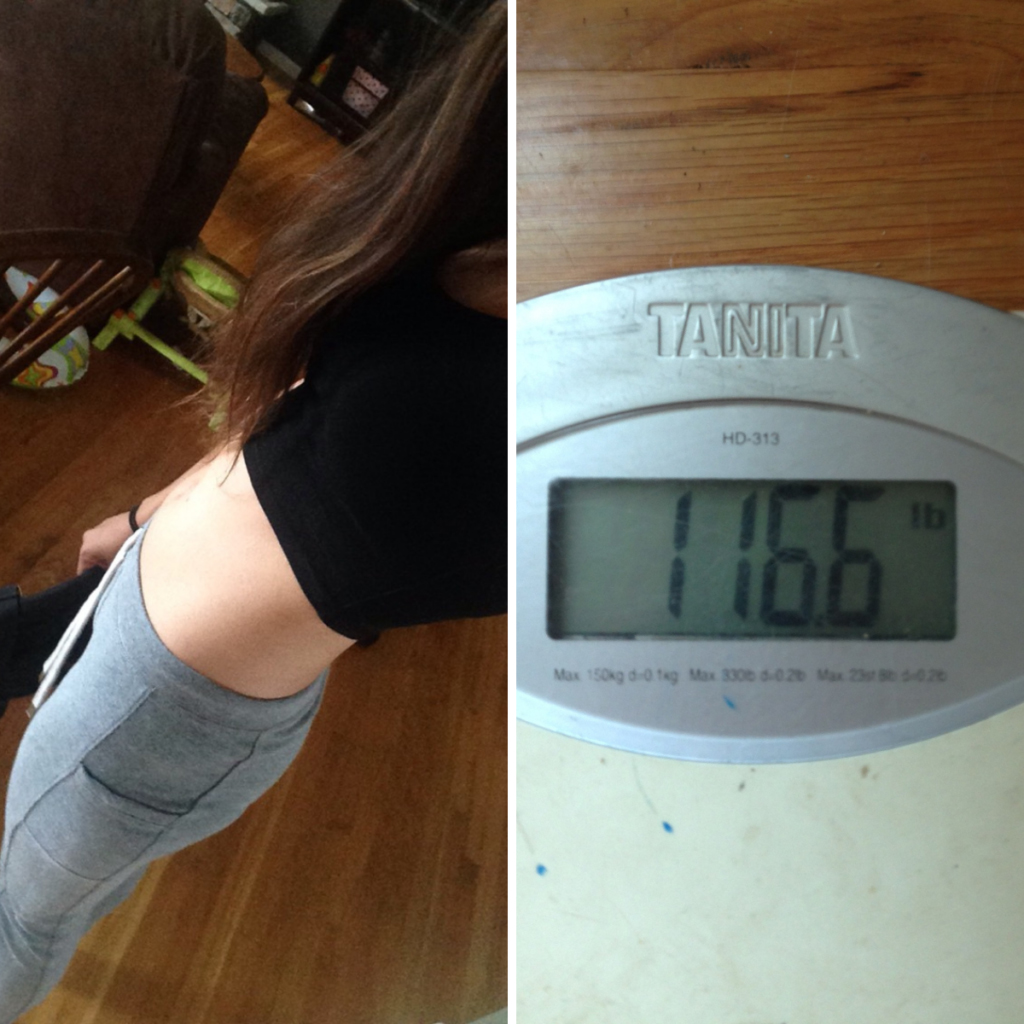