So for those of you that don’t know, I am a former smoker of both cigarettes and marijuana. While smoking definitely started out as a social thing, it definitely became something that became a coping mechanism for me.

I really was never a heavy marijuana smoker and I really only did it when I was with friends who were doing it. The amount of times I smoke marijuana was so few that I never learned how to use a bowl, bong, or how to roll anything. I had never even bought marijuana myself. Cigarettes on the other hand, that was a daily thing for me.

I had my first cigarette when I was a freshman in college. My best friend smoked them and even though I had always told myself I would never, one drunken night, she offered one to me and I smoked it. I remember the insane head rush, but I also remember it not tasting that great.

The reason I kept smoking was because it was kind of a social thing. I liked stepping outside with my friend to have a cigarette and just talk. Later, it became a me thing instead of just a social thing. A lot of my freshman and sophomore year of college memories include cigarettes. Driving to and from school blasting my music with the windows down while I smoked my cigarettes. Taking smoking breaks during my shifts at Subway because I just didn’t feel like being inside. Taking smoke breaks with friends because it was something to do.

I don’t know if I was addicted to the nicotine, or if I just really liked the act of doing it. I really only smoked for about a year or two, but as I said, they were a big part of those couple of years. But, I really liked the actual act of putting it in my mouth and taking a drag. It was like a really shitty for you form of calming breathing. The breathing in, then taking a deep inhale to fill your lungs, and then the long, deep exhale.

There was just something calming about the act of smoking a cigarette. In fact, after I had stopped smoking, I would pretend to smoke just to calm myself down. I thought I was crazy to pretend to smoke to calm myself. But, when I brought it up to my therapist, she wasn’t surprised because it really was like a deep breathing exercise. It’s something I still do to this day.

Another reason why I smoked was because I really was not in a great place mentally. I was actively trying to harm my body in every way I could think of. Much like my battle with anorexia, in my mind, smoking was another way to get a slow, painful death. I wanted nothing more than to make myself suffer because I felt like I deserved it. I just didn’t want to live, but I also didn’t want to actually commit suicide. So, I opted for the casual way to harm my body by doing things I knew were bad.

I don’t remember why I stopped smoking. I think it was because I got really sick and I knew that smoking wouldn’t help me get over it. Quitting smoking while I was sick actually made it worse because I had what they call “smoker’s flu” which is essentially just more mucus and congestion as your lungs try to push all the shit out of your lungs that you’ve been inhaling for years. It was not a fun time.

During this sick period, I got steroids from a walk-in clinic to help me fight off the sickness, and I had my first panic attack while I was at work. I later went to my actual primary care doctor and she was like oh jeez when she found out they gave me steroids because she knew that I had anxiety. The way she put it, the steroids had a stimulant effect on me and that was what caused the panic attack. Because of that, she wouldn’t even chance giving me an inhaler even though I was so congested I could barely breathe.

I haven’t smoked since I quit. But, I’d be lying if I said I don’t think about it often. There are still times I’m driving around in my car and I think to myself “man, I wish I had a cigarette right now.” On days I’m really stressed out, I think about how easy it would be for me to just go buy a pack of cigarettes. And for those of you thinking “why don’t you just vape?” it’s because it’s not the same. Been there, done that. I vaped before I even smoked cigarettes.

Despite having these thoughts of wanting to smoke, I also have my anxious brain that stops me from doing them. I’m not at a point in my life where I’m actively trying to destroy my body on purpose anymore. Every time I think about smoking, my anxious brain tells me “hell no, lung cancer.” As much as I hate my anxiety, it does have me too afraid to pick up smoking ever again. I guess it’s useful for that.

Even though I only smoked for about 2 years, I still have to put on my medical records that I am a former smoker. And even though I haven’t smoked since 2016, 5 years later, I still think about it a lot. While I probably won’t ever touch cigarettes again, I can’t help but wonder if those thoughts will ever go away. Or, if they’ll be with me for the rest of my life because of a couple self-destructive years in college. 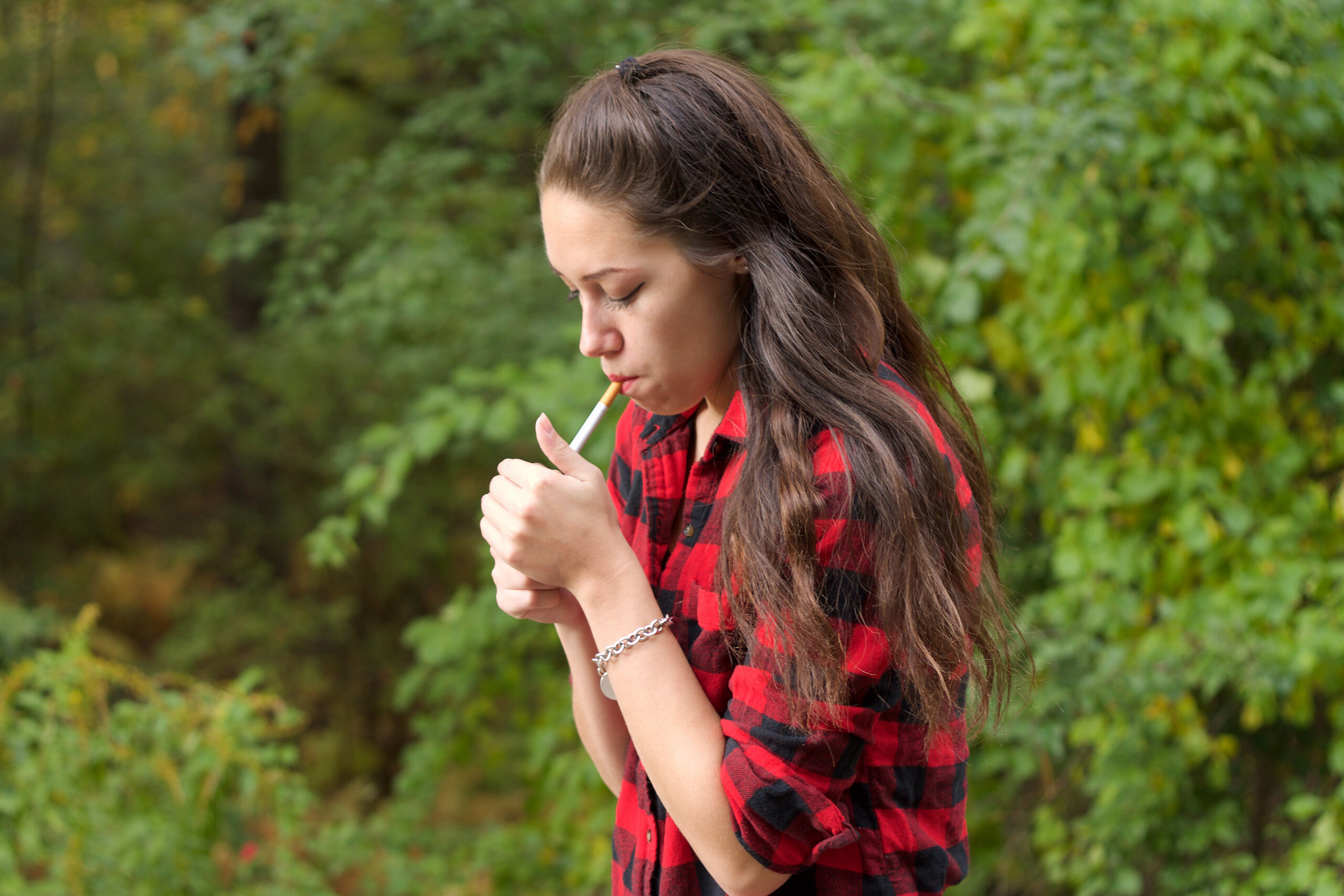