Things I’m Tired of Hearing As Someone With Mental Illnesses

“Other people have it worse”

There is nothing worse than having your feelings invalidated. I am allowed to be upset by things. Everyone reacts differently to different things / situations. Also, just because people have it way worse than me doesn’t mean I have no right to be upset about my situation. Not everything is a competition. Also, the world doesn’t have to be ending for me to be depressed or anxious. Sometimes it hits me out of nowhere and I don’t even know why it’s there. I can’t tell you how many times I’ve been doing absolutely NOTHING and I’ve been so anxious out of nowhere to the point I couldn’t function. I have a literal chemical imbalance in my brain. It doesn’t always have to do with my situation, but obviously stressful and upsetting situations are definitely triggers and can make them worse.

In my 24 years of life I’ve had a lot of practice with putting on a mask. Just because I look like I’m not anxious or depressed doesn’t mean that’s not the case. I only show people what I want them to see. Of course, the people around me can read my face like a book and they’re able to tell. But for the most part, I try to post the good and I try to post positive stuff. I try not to go into the bad things going on in my life because I really feel that it’s nobody’s business but my own.

I know most of the people who say this are genuinely trying to be kind and positive. But, don’t you think if it was that easy that I WOULD choose happiness? Why would anyone choose to be miserable? Everyone wants happiness. As I said before, someone like me who struggles with various mental illnesses has actual CHEMICAL IMBALANCES in their brain. I did not choose this. I wish I could just choose to be happy. Sometimes I wake up depressed or anxious and I have NO IDEA why. I have no reason. The chemicals in my brain are not okay.Additionally, trauma has literally changed the way my brain works. Trauma isn’t always visible, it’s not always a giant event that people on the outside can easily point to. For people like me with complex traumatic stress disorder, it’s lots of continued trauma that’s happened over time.

Ah yes, I hate when my anxious self is told to not worry. I have been a worrier ever since I can remember. I grew up on a lot of land and my dad and my brother would often go into the back of the woods. I would constantly think that something bad had happened to them and I was only in middle school. I would honestly think they had been seriously injured or somehow killed. That’s the thing about having anxiety. You get all of these intrusive thoughts that to normal people don’t make any sense. A “normal” person wouldn’t understand why I would think some horrible thing happened to my dad and brother afterbeing out of my sight for 30 minutes. Just yesterday I didn’t see my kitten for a majority of the day and I had convinced myself that he had somehow escaped to the point that I was checking my ring cameras to see if he had slipped out when I went to the post office. These worrying thoughts are constant and they’re about everything. I try to shut them up, but they’re constantly swirling around in my head sometimes to the point where I cannot focus. I wish there was an off switch for my worrying.

Depression can make you not want to do anything at all. If it’s not depression, it’s my anxiety. Sometimes my anxiety is so intense I cannot get myself to do things. The anticipation / thought of having to do things can bring serious anxiety, which causes me to procrastinate. It’s not that I’m lazy. Sometimes my anxiety is so intense, the physical symptoms can literally be paralyzing. My heart races, I get a numb and tingling feeling in my fingers, and it becomes hard to focus on anything besides these extremely uncomfortable physical symptoms. I tend to end up sitting doing nothing staring at a wall or scrolling on my phone trying to distract myself from the anxiety. Sometimes it lasts over an hour. Sometimes it lingers for the entire day. When it won’t go away for the whole day, I will go out into nature to try and ground myself. This could come across as I’m a lazy POS who avoids her work and goes and does fun things, but the reality is I’m mentally struggling and going into nature away from work and electronics is the best way for me to come back to myself and calm down.

This one really just drives me up a wall. There’s science, and people like me who are living proof. I’m telling you, none of us choose to be like this. Mental illness is not something anyone would choose. It’s crippling. It effects every part of your life from your relationships (friends, family, romantic partner), to school and work. I feel like a burden to those around me when I am having a depressive episode where I won’t leave the house. When my anxiety is really bad and I’m convinced everyone hates me, I’m not purposely convincing myself everyone hates me for fun. Having suicidal thoughts during those dark times are terrifying. There is nothing worse you can tell someone who suffers with mental illness than “mental illness isn’t real.” I live it almost every day. It’s not made up for attention. I’m not telling people I have mental illnesses because I think it’s cute or I think it’s an “aesthetic.”

“You’re doing it for attention”

I heard this a lot growing up. When I was in high school and college, I shoved my emotions down for long periods of time and then I would suddenly just snap. I would go into hysterics and cry uncontrollably. I would scream things like “just fucking kill me” in a rage. I would throw furniture and I once punched a hole in my closet door. During one episode I even grabbed a pair of scissors and went for my wrist. As you can imagine, these are not positive ways to get attention. WHY would anyone do something like that for attention? I was literally just at my breaking point. Those “episodes” always ended with me leaving my house on foot and just walking with no plan except to escape. These were never thought out plans for attention. They were just explosions of negative emotions I had shoved down for months or years. Additionally, I would like to point out that I do not speak out about my struggles for attention. Some of it is embarrassing to share, but I share it because I know there are people out there who need to hear that they are not alone in their struggles. Believe me, those explosions are not my proudest moments. But, when people shove down their emotions like that, a reality is people snapping and when that happens, people think the person exploding is crazy or doing it for attention. It’s really just not the case, the reality is usually that person is having a really hard time and they’re overwhelmed by intense emotions and they’re just not sure how to deal with them in a healthy way.

Next time someone chooses to confide in you about struggling, try to choose your words wisely. Sometimes, the best thing to say is nothing at all. A lot of the time, when we open up, we really just want someone to listen. But, getting validation for our feelings also helps tremendously, so try not to question someone and how they’re feeling. Do not make them feel bad about they’re feeling. Just listen and validate. 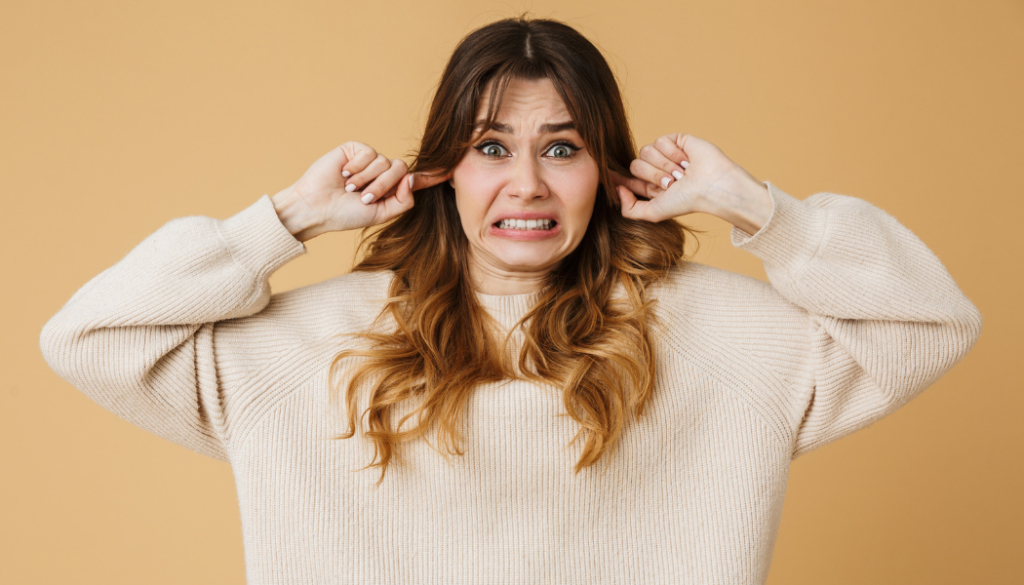