Saying Goodbye To My First Pet

On Tuesday, I unexpectedly had to say goodbye to my first and only childhood pet, Treasure.

While it was completely unexpected the day it happened, it unfortunately wasn’t a giant shock because she was 13 and a half and she had definitely been on the decline for some time.

On Tuesday, I went to my parents to scan receipts (because I am a broke 25 year-old). I scanned my receipts and after chatting with my mom a bit, I went to go look for Treasure before I headed back to my house.

When I found her in my parents’ closet, I noticed she was breathing really rapidly. I knew it didn’t look normal and a quick Google search confirmed that. She was struggling to breathe. I immediately made the decision that she needed to go to the emergency vet.

I called the closest ER vet to my parents’ house and that was 50 minutes away. I waited for my dad and my sister to get home so they could say goodbye. I knew before we went that it was probably the end.

The 50 minute ride to Middletown was pretty traumatic for me and the cat. As I drove, she was panting to the point she was drooling from the stress of the car ride. I called my brother on the way because I wanted him to have a chance to say goodbye. He met me there.

When I finally arrived, they took her right away and brought her to the back. I didn’t even get a chance to say anything to her before the vet tech took her because they saw she was in such distress. After what felt like forever, we were called into a room and told that she was in severe heart failure. Ultimately, I made the decision that humanely euthanizing her was the best choice so she wouldn’t have to continue to suffer.

There was more waiting and I had seemed to be holding it together well as I made arrangements for what would happen to her after. I was all business and I’m sure the woman doing the paperwork was probably wondering how I was so calm.

When they finally brought her in, I instantly broke down. It was like the reality finally hit me as soon as I saw her. She was wrapped up in a blanket and still struggling to breathe. I only got a couple minutes to have my final moments with her. The doctor said sooner the better because they had to take her off of oxygen to bring her back to me and she was uncomfortable. She passed in my arms while I pet her.

It was hard, but I was so happy that I was able to be there for her and I was able to get an actual goodbye. When I moved out and made the decision to leave her with my parents because she was an only pet and that was the only house she had ever known, I was heart broken. And, my biggest fear was getting a call saying she’s gone and feeling the guilt of not being there. As much as the way things went down sucked, I’m glad I was there for her because I was always her person.

Losing her was hard because growing up, she was my best friend. I was her person and she followed me around much like a dog would. She was there when I went to sleep and there when I woke up. She was always there for me and for many years, she was my reason to live. I loved her more than I loved myself. Any time I was ready to leave this world, I stayed because I couldn’t do that to her. I had friends and family who loved me, but in my mind, she was the only one that mattered. To me, she was my child. She was the cat that made me the cat mom I am today.

I will miss her forever. I will never forget the love she had for me. She might not have known it, but she was my unofficial therapy animal and my best friend. She lived to be a nice old lady, and for that, I’m thankful. Wherever she is, I’m happy she is no longer suffering. 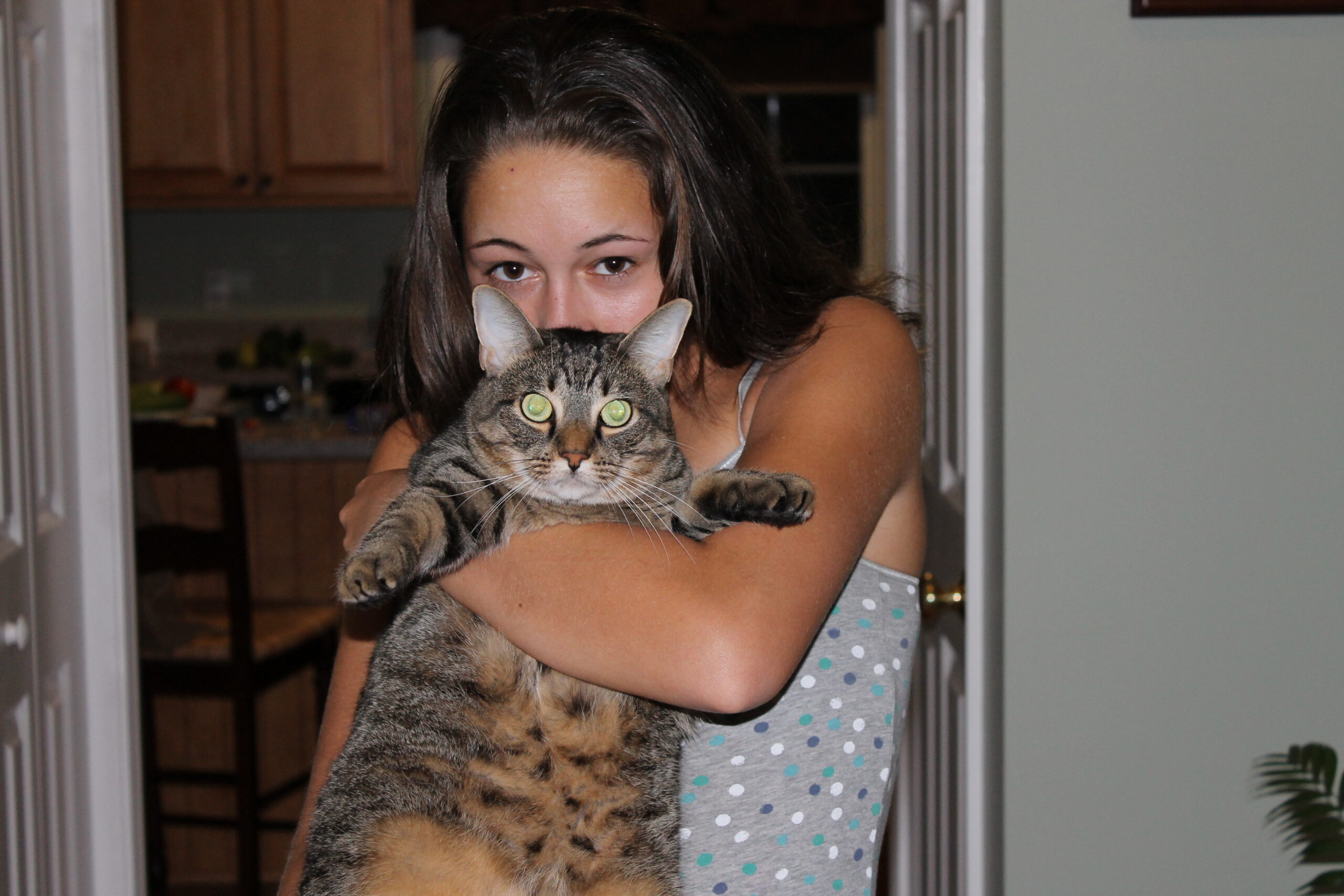