PTSD Awareness Month: PTSD and Me

For those of you that don’t know, I have been diagnosed with PTSD (post-traumatic stress disorder). I was diagnosed while I was in college. I remember sitting with one of my therapists and she actually took out a book and she read off all of the symptoms of PTSD. When she asked if I was experiencing each symptom, I answered truthfully. By the end of the list, it was determined that I met the criteria.

The diagnosis broke me. While part of me was relieved to have an explanation for some of the symptoms I was having, another part of me felt like I was broken beyond compare. I felt like damaged goods. I had already known I had all the symptoms, but getting the diagnosis made it that much more real. I had such a hard time with it, I actually stopped going to therapy shortly after, it was just way too much for me to handle.

When people think of PTSD, they typically think of veterans. They don’t typically think of a 20 year old girl (I’m sure I had it way before 20, that was just when I finally got diagnosed). So, when you tell people “I have PTSD” typically they won’t believe you or they’ll say something like “how can that be?” It makes you not want to tell anyone.

I never had one big tragic event happen to me. My PTSD stems from years of just repeated trauma. A lot of the situations, I feel like I put myself in and I think about that a lot. When I was in my “rebellious” stage where I just really didn’t care what happened to me, I put myself into a lot of situations that were traumatic and they left their mark. A lot of these traumas scarred me and left their mark on me.

This repeated trauma over long periods of time is the cause of complex post-traumatic stress disorder, or CPTSD (which is not yet an official diagnosis). This is the reason why my official diagnosis is PTSD. CTPSD is still something that they’re working to understand more clearly.

I think the hardest part about living with this is it’s completely invisible to those on the outside. The symptoms I deal with can’t be seen by those around me, but the effect they have on me is unreal.

Lately, I have been getting triggered a lot more than usual. I have lived in the part of Connecticut my entire life. So naturally, there are a lot of places that I frequent that have trauma attached to them for me. Just yesterday, I texted my best friend that I would do anything to move far away from Connecticut because I’m tired of just driving around and getting triggered to the point where I feel physically sick. And it’s the truth, as much as I love Connecticut and my friends and family here, I want to run away because I frequently drive by places that are triggering just by living my day to day life. I want to go somewhere where I’m not reliving trauma just by driving around.

Today, it was a phrase that triggered me. I was sitting in the parking lot with my boyfriend eating a bagel and something he said just immediately sent me back to the past and I felt unsafe. My stomach suddenly was in knots and it was hard to act normal and just keep eating my bagel. After all, we were just enjoying breakfast having a normal conversation. It’s not easy to say “hey that string of words you just said in normal, casual conversation just caused an anxiety attack.”

I live with this invisible beast, always waiting to consume me and throw me back into the past. Sure, it’s in the past and it’s in my head, but physically, it feels like I’m right back in the burning fire that is the past trauma. But, because it’s invisible, nobody really takes it seriously. It’s especially hard to get people to take my diagnosis seriously because I have never been to war and people are convinced it’s just veterans who deal with it.

If you’re someone who is also affected by this, I see and feel you. While PTSD Awareness Month was started because of war veterans, the narrative is starting to change to show that they are by no means the only people who can be affected by PTSD. It can affect anyone.

Sharing this part of me sucks. It’s hard. But, I share this with the hope to raise awareness that this can in fact happen to anyone. I hope that more people understand what it is like for people to live with it and I want those who deal with it are not alone. There are others who deal with it. 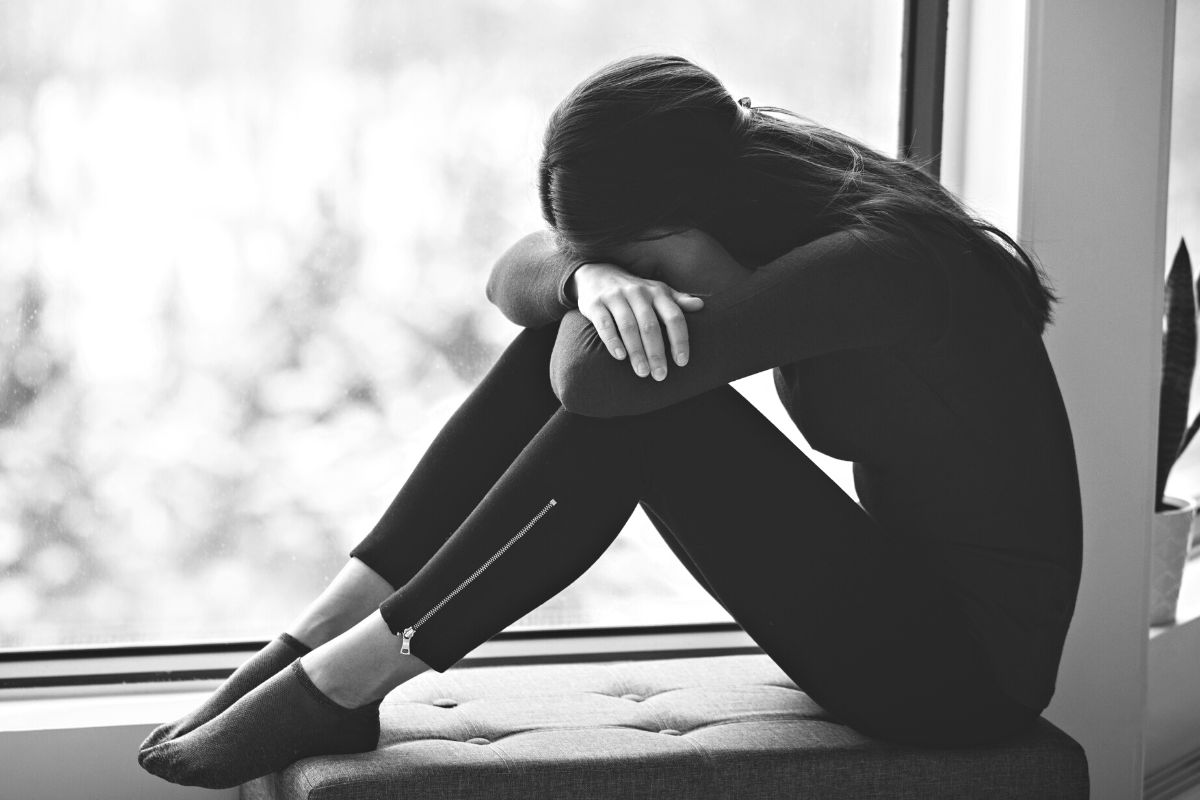