How Traveling Changed My Life Forever

My trip to Italy when I was thirteen was my first time out of the country. Prior to that, I (of course) wanted to see other parts of the world, but I thought that people were exaggerating how much traveling changed them. And, maybe, some may say that is what I am doing now. But for me personally, the places I have visited have not only been an enlightening, educational experience, but I can honestly say that they were a vital part of me starting my road to recovery and wanting to get better.

Since Italy, my family and I have gone on a lot of other trips, which I am so incredibly thankful for. I have now visited London, Paris, Hong Kong, and even Thailand, to name a few. Each place means something different to me, as I discovered new things about both the world and myself in each one. While I only spent two days in Hong Kong (the majority of which I spent vomiting and feeling sick), it was the first time I saw a culture so different from my own, and I was fascinated by how other people lived. Of course I enjoyed the beautiful views and the city, but what I look back most fondly on was simply watching others. I remember the old man selling beautiful, intricate bowls in a small stall lit by lanterns and the children playing games that I had never even heard of. I think that going there made me a better person not only for myself, but for others; I became educated on a culture that I had no real understanding of before, especially as I live in a town with a minuscule amount of diversity.

We then flew to Thailand. There are so many things that I could go on and on about: the beautiful beaches, incredible hotel, breathtaking nature, etc. But I want to focus on the things that really had an impact on me, both good and bad. Thailand, even more so than Hong Kong, was a place unlike anywhere I had ever been or have been since. Yes, some areas were beautiful and well taken care of, but a lot of it wasn’t. The buildings that lined the streets were in shambles and I had never seen so many stray dogs, and children wandering the streets alone yet barely old enough to walk. I remember driving in the car and looking out the window, and feeling a pit in my stomach. I have always been an empathetic person, but seeing things like that in real life has an effect that I am still unable to put into words. I think that the best way to describe this kind of realization is that it was like being hit while asleep. It pulls you out of this fog you weren’t even aware you were in, and leaves a bruise that, when looked at, reminds you of the event long after it occurred. But it wakes you up; it makes you alert and hyper-aware of your surroundings, and that isn’t a bad thing. Thailand was the strike that opened my eyes and made me realize how big the world is and how different my situation is from so many others. From that point on, I became more aware of how lucky I truly was, and that I had the power to not only help others, but help myself with the resources and opportunities that I had access to.

My most recent trip to Paris and London, however, may have been the most influential for me personally. While Paris was not my favorite city, I experienced a lot during my time there and created memories that are pillars in my vault of happy memories. I went with my immediate family as well as my grandparents, and it was the last trip we all went on before the pandemic began. As such, it is the last trip we had before my mom got sick. For this reason alone it is a vacation that I will treasure forever, as it is the last time my family and I were free of the pain sickness has caused us over the past few years. Since COVID began it had been a struggle for me to look back at times like these without bitterness. It was so painful to think of a time that we were all truly happy and unrestrained, and it hurts to know that my mom will never be able to go back to that state. But now I am working on looking back more fondly, and focus on all of the good memories I have of Paris, without letting them be tainted by the reality of our situation now. I have learned how important it is to be able to look back on my life without feeling sad and longing for better times, and to instead be thankful that the happy times occurred, and to appreciate them as memories.

For me, visiting London was one of the most pivotal points of my life. I know it sounds incredibly dramatic, but for me it had a profound impact. I can start by saying that I was absolutely enamored with the city as soon as I stepped foot into it, and still am; something about the architecture, environment, people, and energy just clicked with me. Whenever I am in a bad state mentally and need to go to a comfort space, I think of my time in London. I can remember being so genuinely happy (something that, especially during that point in my life, was a rare occurrence), and strolling through the streets with stars in my eyes. It is now a core memory of mine and one I hold on to when I need to be reminded of why I keep going. When we went to London I was in a terrible state mentally; I had recently lost my best friend, finalized the separation of my relationship with my father, and was deep in a depressive episode. I was a freshman in high school and things were starting to really accelerate, and I felt unprepared for this new chapter in my life in which I would begin the transition from childhood to adulthood. Sometimes it was hard for me to find a reason to put all this effort into my life- I felt so lost and had no idea who I was or what I wanted to do with my life, so it seemed pointless to try. It was in London that this began to change. For the first time, I saw a place where I could imagine my future being good. I could imagine myself living there, and it sparked a giddy excitement I was unfamiliar with. I looked at young women walking down the street with beautiful trench coats and people sitting in cafes drinking coffee and looking out into the square, and I felt motivation to get there one day. I wanted to be that. Suddenly there was a motivation to keep putting effort into my life, a goal to strive for that I genuinely desired. There was a reason to keep going. I let myself become absorbed in this potential life, and romanticize a little. I knew it was incredibly unlikely I would ever actually move to London and even less likely that I would ever live this impossible reality I had created, but it was something that made me excited for my future. Looking back, I think it was more about the possibility that my future could have. I was so set in the belief that my future was going to be just as miserable as my current situation that I refused to believe anything else was possible. London helped me see that my future isn’t fated to be terrible, and that I can make my own path to create one where I can thrive. That trip was a major factor in what led me to the decision to actively make an effort to improve my mental health and begin the road to recovery.

Because of the pandemic I have not been able to travel much over the past few years, but it is something that I still have a passion for and is a part of who I am. In the midst of COVID I got a large map tapestry for my room, and put stickers on every place I have been. Even though it’s difficult to travel now, I can look at that map and reminisce about all the wonderful places I have been and remind myself of how much I have evolved as a person from traveling. 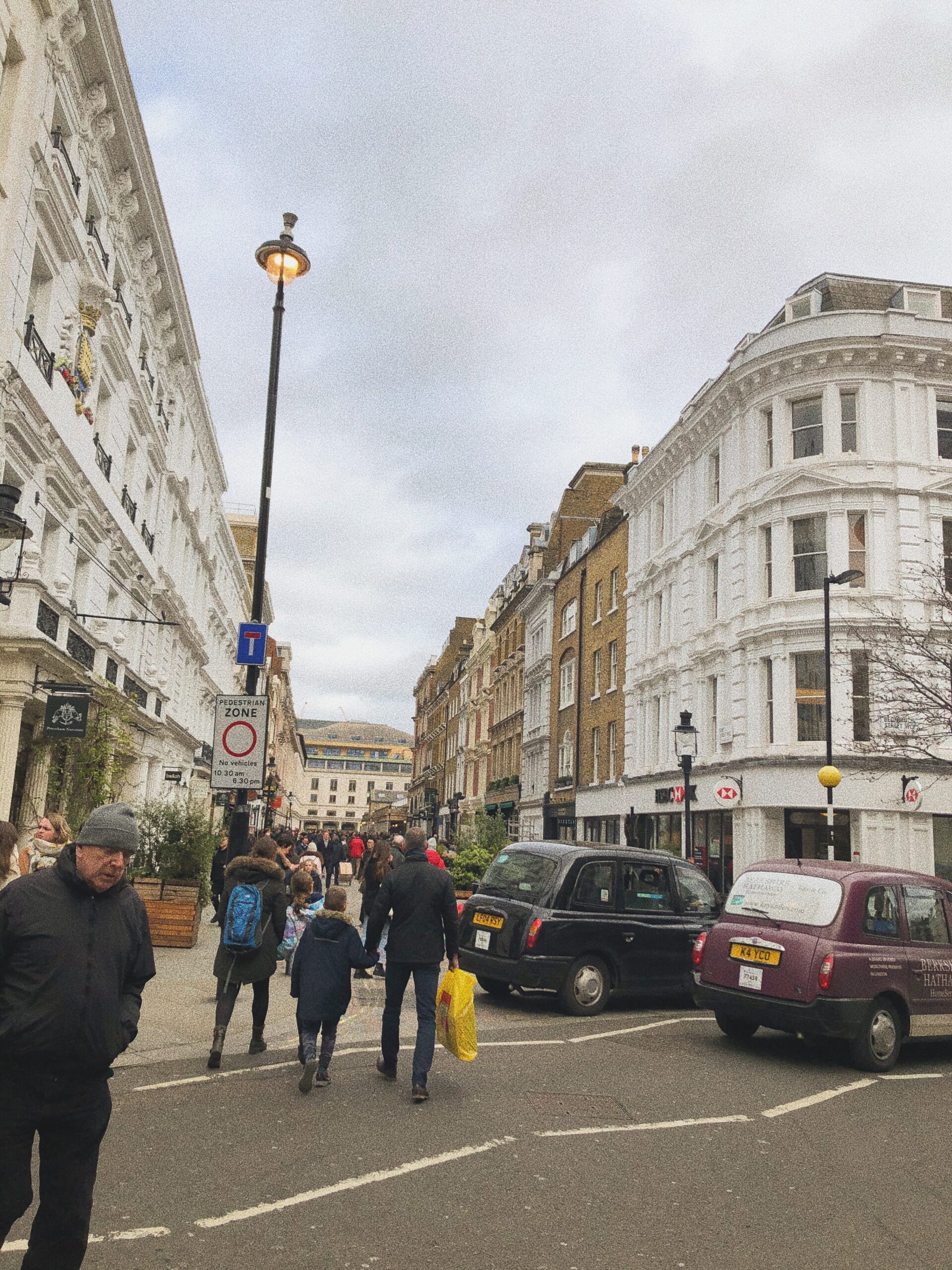