Letting go of the past and looking forward to the future

It was another hard week. It moved slowly yet quickly, and I struggled to catch up with myself almost every step of the way.
I met with my psychiatrist on Tuesday. We talked about starting medication again. It was a continuance of an ongoing conversation; one I will probably never stop having with my providers.
When I got pregnant I was taking a handful of different medications. Each did something different, and supposedly they held hands and worked together to safely guide me through my days. I didn’t really know how they made me feel. It was hard to tell if they helped or not, and which ones worked: or if only one worked and the rest simply hid behind one another. When I decided to keep Willow it was clear that I had to come off of all my medications.
So, for the first time in nearly ten years I was raw. I had had periods of not being medicated in the past, but these were short-lived and unsupervised.
Being pregnant and un-medicated was Hell. Not just for me, but for everyone around me. When I reached a peak of suffering, I ‘gave in’. I know, really, I was only doing what was best for me and Willow; the stress I was under was worse than what any medication could have probably done to her. The relief I felt from only a little bit of Zoloft was almost miraculous. For the first time in almost 7 months, I finally began to enjoy my pregnancy.
After giving birth, I was on a cloud; I was incredible, strong, and resilient, I was a powerful woman, and needed nothing. I was in awe of my perfect, precious baby. Seeing her in person made her seem so much more fragile. How could I take medication while breastfeeding, not knowing the potential risk? Besides, I felt amazing. So once again, I stopped taking my medication because I thought it was what was best for my daughter. Almost nine months later, I am still not taking any medication.
But I wonder sometimes. Is this really the right thing? I know I could feel better than I do, that taking a small dose of something would probably lift me up a little, relieve me of some of my anxiety; of the obsessive thoughts and worrying I have about Willow. But what would it do to her? Her brain is still developing-what would messing with her serotonin levels do to her? Once I start down that road of thoughts- I have to shut myself down. Instantly, I begin to worry, to panic. I get a headache and my eyes feel heavy. The unknown is too much for me. Maybe the stress I feel every day is worse for Willow than an antidepressant creeping into my breastmilk. Maybe it’s fine. But what about the vast grey area of the unknown? The area where I’m falling and falling, and reaching for something to grab hold of- but can never quite grasp? That space is too frightening for me. As scary as life is sometimes for me right now, that area is much more terrifying. So my doctor and I decided that right now I’m ok without medication, I’m not as good as I can be, but I’m ok. I’m in a place where having control over whether or not I take the medication is ok. And that feels good to know. Still, some days I’m unsure.
Am I being the best mom I can be? Am I damaging my amazing daughter? How much of my anxiety is she picking up on, and what is it doing to her?

Yesterday, I cried in front of a stranger. I didn’t mean to; The tears had been building for a few minutes- but I kept catching them. Snatching them and stuffing them down as quickly as I could. But as I sat in front of a guidance counselor at NCC, talking about school, and time, and energy; things I don’t currently have enough of; I could do little to hold back my intense sadness. I cried for a moment, then moved on; embarrassed of how crazy and out of control I must have looked to her. I knew she was probably judging me. Thinking about what a poor, uneducated, helpless young mother I must be. My poor child.

As I sat in the cold waiting for my bus, with Willow sleeping on my chest, my sadness grew. I thought of my life. The life I had before my pregnancy, and the life I was supposed to live; or at least the one I expected to live. Not the part of succumbing to my mental illness, but the fantasy and hope I had, that one day, I would get better. I imagined going to school, having some fun, making money. Building myself up so that one day, I would be able to grow up and have a family. Then I thought about how none of that was possible anymore, at least not how I had wished it would be.

I couldn’t sit in a dorm room with my peers and do homework, and smoke weed, and go to class; couldn’t save up for silly vacations or go on road trips; I had to rush back “home” to make my 6 o’clock curfew. I had to give my daughter a bath and put her to bed; take community college courses one by one, while working, and raising Willow. I have to throw aside my selfish wants and needs and drudge forward for the well-being of my child.

In that moment, I regretted becoming a mother. Not because I hate it, or because I don’t love Willow with every force within me; but because I wasn’t ready for motherhood. And I had to sit with the sadness of knowing I had committed to a life-long task I wasn’t prepared to take on. Knowing that I can’t turn back, or press pause, or share the weight of Willows life with anyone but myself. And again, I cried. In front of many strangers. Except this time I couldn’t wonder what they must have been thinking because I was too full of sorrow.

When I got on the bus I called my brother. He and I went through Hell and back with one another. The Hell I’m referring to is our childhood. But he had a separate burden to bear. One that I had the privilege of ignoring. That burden was watching me self-destruct. Nonetheless, he never once left my side; even though I accused him of doing so many times, even though I tried to push him away and lock him out, and even though at many times, I was a horrible sister.
He made me feel better. Not just because he spoke in an Australian accent and made fun of Trump. He and I are proof that even the most traumatic and damaging childhoods do not have to ruin a person. That despite prolonged suffering, a hurt child can still grow into an intelligent and kind adult.
And that reminded me of another thing, although I’m “not where I (want) to be, (at least) I’m not where I used to be” (Joyce Meyer). In the past years, I have grown tremendously. I remember in my adolescence, one of my best friends told me, in a very serious but loving way, that she felt certain one day I would kill myself. That was not the last time somebody told me they were prepared to mourn my death. And I knew, too, that one day I would die, and I felt certain it would be by suicide.
That girl is no longer me, I know she still lives deeply inside, sad, and scared, but she no longer greets me in the mirror. I have made progress in my life I would have never imagined possible, and come to a place I dreamed of several years ago. So while I know where I want to go, and know there is a long way to go until I get there, I find peace in the knowledge that I can look back and see the tremendous mountain I have managed to make it up. I know that it won’t be long before I can look down again, and bask at the progress I made. That will make me a better woman, and a better mother. And although my life won’t ever be perfect, it can be good, and I won’t stop until it is.

Willow Bear thanks you for reading this week! 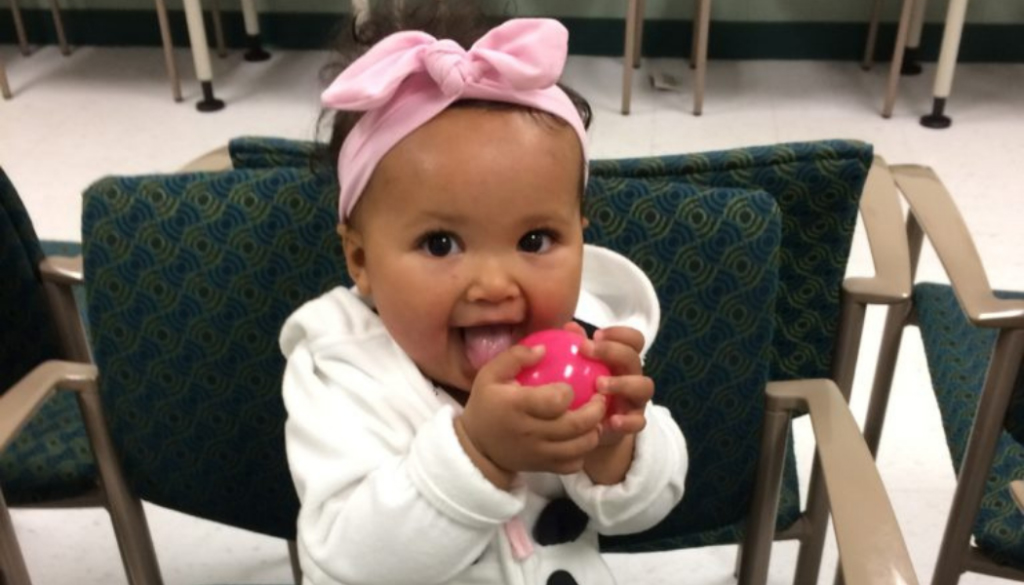