I remember when I was a child, I hit an age where privacy became important to me. No more of my mother in the dressing room with me or seeing me change. I think that age was that tragic thing called Puberty. As miserable of a time I thought it was, I would love to relive those moments. I remember being anxious to walk to my middle and high school lunch lines by myself. I had to have my crew with me. For the first time I felt grown up and felt special to be able to tell my mother to “wait in the waiting room” as I would prance into a doctor’s appointment.

The Monkey has to wait in the waiting room too. He hates it. He thinks of it as “time out”. That’s exactly what I have to do with addiction; make it sit outside and wait for me to finish my task.

When I participate in anything to do with recovery, he sits in the waiting room. He doesn’t behave well though. I can hear him causing commotion and shouting. Sometimes I see him try to walk by windows to get my attention.

One of my recovery support groups he hates the most. He hates it because this is a group where other women my age, who have their own monkey’s, get together and discuss ways to quiet our monkey and keep him in the waiting room. Some girls have stubborn monkey’s that sit right on their lap while they sit in group. I can usually spot their monkey right away. I always hope that one day they will have the courage to stand firm when attempting to leave their monkey in a waiting room.

Sometimes one young woman might have had their monkey act out all week which causes heartache, sadness, frustration, fear, and anger for the young woman. So we all form a sisterly bond to encourage, uplift, admire, strengthen, and give hope to her.

Addiction hates that. It’s stopping it’s mission. Remember that The Monkey wants to kill me. He especially hates when I help another person with the monkey on their back.

After we help the young woman, my monkey causes a scene. I can hear him shouting all different things. “Don’t even bother, she’s not going to make it”, “you’re wasting your time”, “she’s not going to listen”, “it was her choice”, “if she gets high she won’t feel this pain she’s in”, “doesn’t this remind you of the time you got high? Wouldn’t that be fun to do again?”. But remember, The Monkey is a liar. As much as I try to remind myself that, it still doesn’t stop The Monkey from screaming those things and causing chaos in the waiting room. The way he acts in the waiting room is kind of like a car accident. People get frustrated when traffic slows down because other drivers are slowing down too, only to view the scene of the accident. However, when the frustrated person gets near the scene, they can’t help but to slow down and look too because it’s too noticeable to avoid looking at.

That’s how addiction is. It causes me to give at least a little bit of attention to it. That little bit of attention can be deadly. So no matter how many detours I put up to prevent the thoughts entering my mind, they still make a scene that is too noticeable to miss. So if I can’t ignore The Monkey, even while he’s waiting in a waiting room, I have to disobey him. I have to stand firm when he acts out by using dicipline. I have to let The Bracelet do its job too. It sounds easier said than done and even when it’s successful, just the detours alone cause the same feelings as the young girl felt when her monkey acted out.

Even with the tantrum The Monkey in a waiting causes, the beauty and love that happens in rooms filled with recovery makes it all worth it to me. I will continue to keep him in “Time Out” in order to have the moments in these rooms. 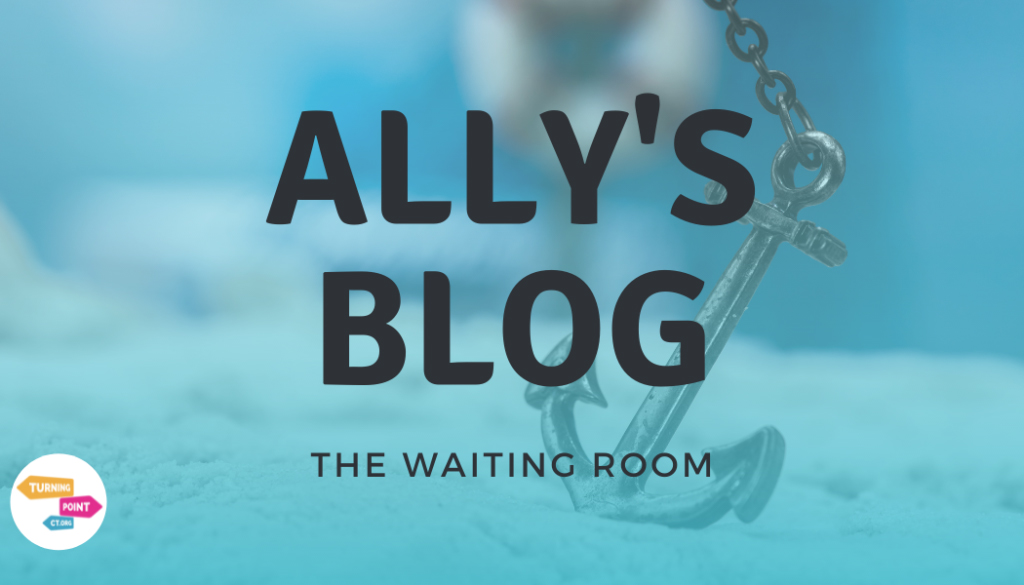 One Reply to “The Waiting Room”