I’ve written on my experience with “drug dreams”, but I have never experienced a drug dream as bad as I had recently.

This drug dream I had the other night was strange in so many different ways. It started off with me looking for a missing young female addict that a parent needed help finding (and hopefully getting into treatment). I went into an abandoned house that I had used in before where many addicts hung out to get high and sometimes even live in. While looking for this missing girl, I walked into the kitchen and saw someone that I had used with in my past. He was sitting at a table and was shocked to see me.

“Damn, don’t tell me you’re back here using again. You were doin’ so good!” He said.

“Nope. She hasn’t been here for a couple of days. So, while you’re here, have some, for old times’ sake.” He said, while showing me a line of heroin he had out on the table.

“No thanks, I’m ok. Reach out to me if you run into the girl, ok? Her family is worried about her, they just want to know she’s alive.” I responded.

“Well, I’ve got plenty so if ya change your mind, it’s here.” He got up from the table and said goodbye to me as he left the house. I knew better than to believe that he hadn’t seen the girl, since many addicts lie to cover up hiding someone. I needed to search the rest of the house before leaving. As I passed by the table, I glanced at the heroin he had left for me. I told myself “no” as I kept walking. After searching the other rooms, the girl was no where to be found. Walking by the table on my way out, I stopped and looked at the powder again. Don’t do it Ally.

I sat down on the chair at the table. Maybe I can do it, just this once.
That was the thought going through my mind as I sat at this table. Just sniff a little, don’t shoot it, we don’t need an OD. Plus, a little sniff won’t really count.

I grabbed a $1 bill, rolled it up, and sniffed the line that was calling my name.

I felt the slight burn of the powder go up my nose and tasted the heroin as the drip went down my throat. Shortly after, I became light-headed and felt a warmth throughout my entire body. I was high. I relapsed.

“Oh my gosh. What have I done?” I said aloud. I couldn’t believe that I had just done that. Almost two years of sobriety – GONE. The guilt of this one quick moment overwhelmed me. “I’m gunna have to start all over, right back to square one again.”

I went home and laid on my bed immediately, hoping to fall asleep as soon as possible to just forget all that had happened.

And then I woke up. In real time.

Well, let me change that. I didn’t “wake up”, I JUMPED out of my bed, heart pounding and out of breath.

For two hours, I couldn’t figure out if that was a dream or reality. It especially didn’t help that my dream ended by me going to sleep in my own bed. I started frantically blowing my nose, looked in the mirror to see the size of my pupils, and looked at my phone to see who I had last spoken to.

“Did I relapse?” Was the question flowing in my mind. My anxiety and confusion was so overwhelming, I had to get answers and solve this problem. Once I had taken steps to confirm that this was a dream, I finally started to calm down.

I sat in my bed wondering how this dream even came into existence. A lot of things that happened that day of the dream had come out through the dream. For example, there was a parent who had a missing daughter who was an addict and asked for my help. The other addict in my dream had reached out to me that day congratulating me on my sobriety. I also had a discussion with someone about “square one” and “starting over”. So although the events of my day manifested itself into a chaotic nightmare, I was still very bothered by this dream. But why? It’s not real.

I was bothered by this dream because it was unlike any other drug dream that I have ever had. All of my other drug dreams, I had never felt the drug and the high like I had this one. I also had never felt such an overwhelming sense of guilt in the other dreams that I got high in. I was also so angry that The Monkey found his way in my dream too.

But ready for the real, raw truth to the aftermath of that nightmare?

“Hm, getting high once doesn’t seem so bad,” was the thought that crossed my mind for a microsecond.

Thank God I didn’t act on that thought. But even just that thought, broke my heart. I became so angry and upset with myself for that thought even being in my head. Like, why? I’m doing so well, that dream scared me beyond explanation, I work in the recovery field, my family would’ve been devastated, my friends would be so disappointed in me… why did this thought even have existence?!

I felt so uneasy for the rest of the day because of that thought. Instead of being proud of myself for not acting on the thought, I beat myself up for thinking it.

I decided that I was sick of feeling like this, so I called my friend and vented. After our conversation, I realized that I need to give myself a break.

I was getting mad at myself for being human.

I’m starting to learn that I can’t be so hard on myself, especially when I’m being human. I need to find the good in every situation and see how God is always good through it too.

I reflected on my feelings, my dream, my aftermath of the dream and realized that it was to keep me humble, prepare me for a real-life situation, and to remember that I am only human. 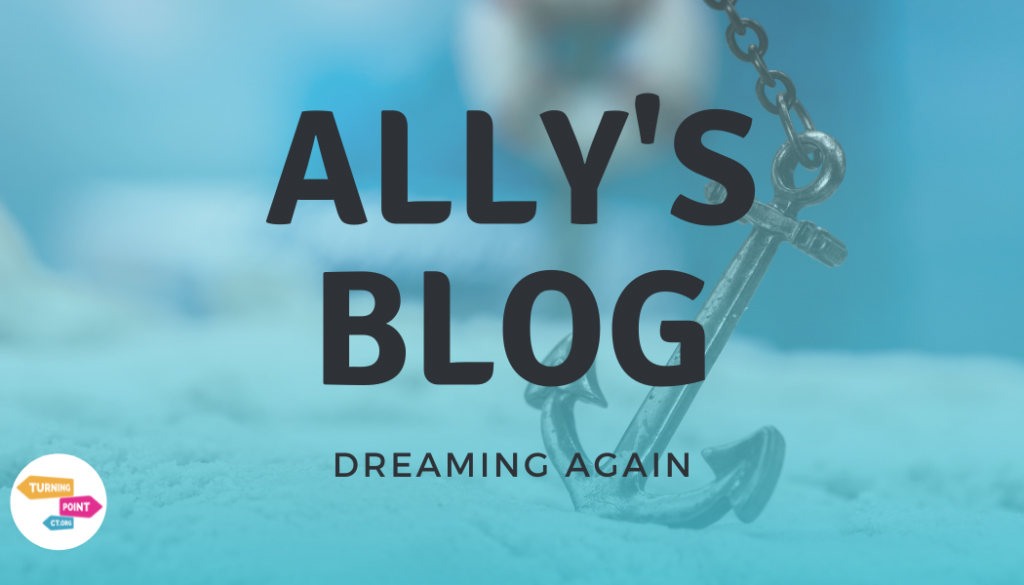 One Reply to “Dreaming Again”