I have been inspired to write this after coming across a similar article and from people that I have been recovery coaching. Although people say things with a good intention of encouragement, they don’t always realize that what they are saying can cause the opposite effect. So, I’ve gathered some phrases that people have said to me (and others) that aren’t very helpful and what would be more encouraging to hear instead.

1. “You must not be really giving it to God” or “you aren’t praying/reading/attending church enough”… basically something along the lines of criticizing and assuming how my Christian walk is going. This is said to me on days that I’m struggling with my mental health. It’s not helpful because if you think that I reached out to a human before the Lord, you’re very wrong. Not only have I read, prayed, attended services, but I’ve literally laid on the floor, sobbing, begging Jesus for peace and strength. And you better believe I thank Him for having an answer I don’t have. No one should have to defend this.

2. “But you’re in recovery now, so why do you still struggle?” You would be surprised how often I hear this. I hear this whenever I tell someone that I’m having cravings/urges/temptations, or when I’m just having a rough day. Just because I am sober doesn’t mean that when I’m going through a difficult time I don’t think about getting high or am tempted to give up the fight.

3. “Don’t forget where you came from.” UM HELLO I HAVE PTSD IT’S IMPOSSIBLE FOR ME TO FORGET! Sheesh, I WISH I could forget! Guess how often I’m reminded of my past? Every single day, multiple times a day. I just don’t necessarily act on the reminders, with the exception of things that are nearly impossible to control: panic attacks, flashbacks, and stomach aches.

4. “Just try not to think about it, just ignore it.” If ignoring triggers, urges, emotions, and thoughts were that easy, I would be out of a career.

There are more helpful statements to say to me in contrast to the ones listed above. Not only do they show validation of how I’m feeling and what I’m experiencing, but they also show some empathy. Sometimes just simply reminding me that you are there for me and that my emotions are real for me, can be so soothing and comforting. People seem to be worried that this is ‘enabling’ behavior, but it’s not. It’s reminding me that I am not alone and that I’m not crazy, I’m simply human, and most importantly: it is going to be ok.

1. Instead try, “I’ll be praying for you” or “Can I pray for you? Can we pray together”. For my spiritual friends, I know that your first thoughts are often accusing me of not doing enough in my spiritual walk. Try being a part of growing my faith by encouraging prayer WITH me. Giving me some comfort verses are also helpful, after I vent. Don’t forget to remind me that greater is He in me than in the world.

2. Instead try, “I’m here for you during difficult times”. Because the struggles still come and are difficult to face in recovery, gently reminding me that you are near is so helpful.

3. Instead try, “I’m proud of you and how far you have come”. I’ve noticed that whenever I post something that I’ve accomplished, people are quick to remind me to remain humble instead of acknowledging a victory in my struggle. Being proud of the work that God is doing in my life is much more helpful.

4. Instead try, “This will pass.” or “I’m here with you.” Again, reminding me that I am not alone. Maybe suggest a time that you have witnessed me accomplishing something or getting through a struggle. Saying something like, “I know this is difficult, but I’ve seen you get through tough times and I know you can fight through this” is not only encouraging, but it shows that you believe in me, because chances are, in that moment, I don’t believe in myself. 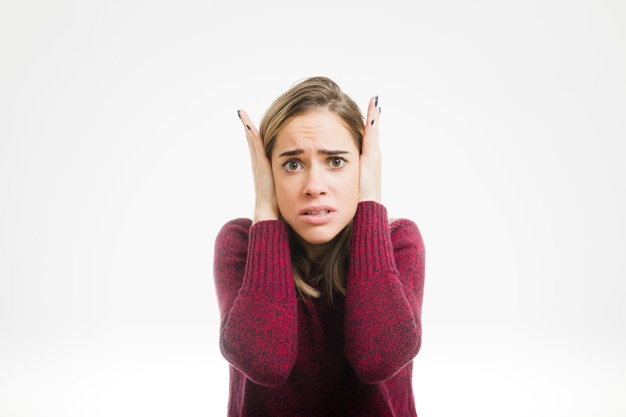