Racism In America: Enough to Make Anyone Crazy 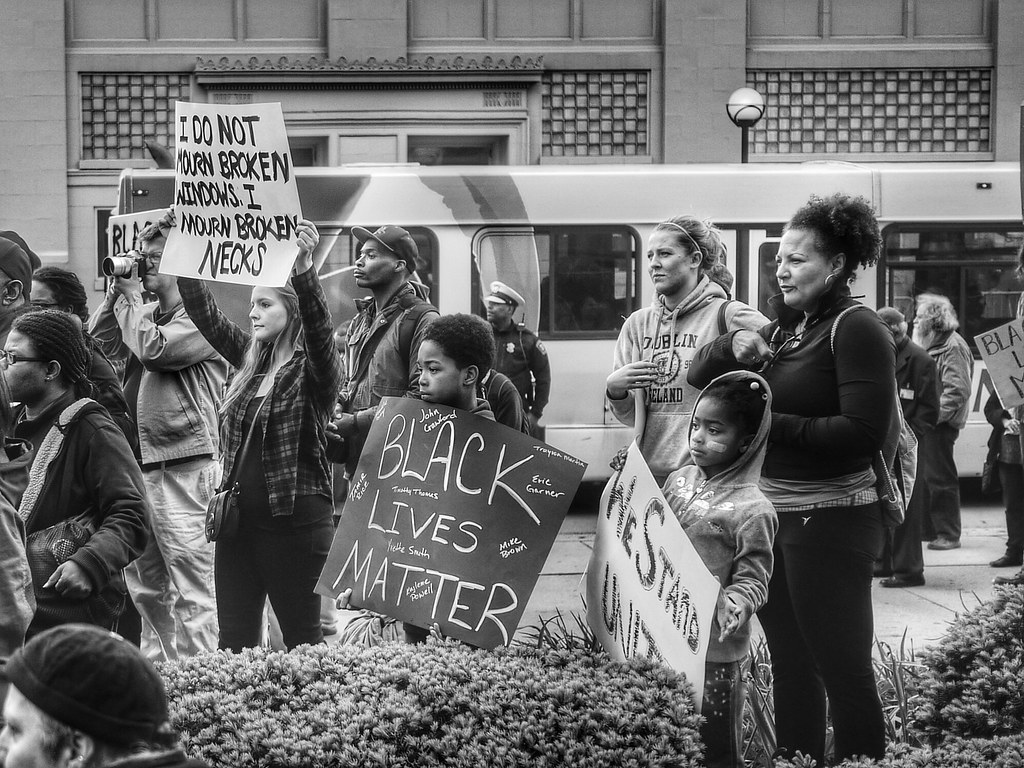 Yet again, it appears that my discussion this week will focus on gun violence, as we two more tragedies to our list for 2016. This time, however it’s not a mass shooting or a “terrorist threat” which is to blame. This time, it’s the police.

Philando Castile and Alton Sterling bring the death toll to 136 black people killed by police in 2016, 123 of whom were shot. According to The Guardian, a Black person was more than twice as likely to be shot by a police officer as a white person. This despite that Blacks were also twice as likely to be unarmed at the time of the incident.

How does that make you feel? I feel outraged. My heart literally begins beating faster as I am reading the various statistics from The Huffington Post, The Washington Post, The Guardian, etc. It makes me think – “That can’t be true. Really? Truly, young Black males between the ages of 15 – 34 make up less than 2% of the population and yet more than 15% of all reported deaths of use of deadly force by police so far in 2016?”. How could this be true?

I heard the newscast yesterday afternoon (that was Wednesday, the afternoon after Alton Sterling was shot while selling CD’s outside a convenience store) where the mother of his child was speaking at a press conference, while their son wept beside her. If you haven’t heard the audio, I recommend you listen to it. That boy is not just shedding tears, he is heaving and sobbing – deeply. If you’ve heard that sound before (either from yourself or another) you will recognize it – the pain and suffering which it conveys.

And then this afternoon (Thursday) at lunch, I sit down to check what’s trending on Twitter and now it’s about some person pulled over in Minnesota. A traffic stop which ended in a man being shot – five times – at point blank range in front of his girlfriend and her young daughter? Really? Is this some sick joke? Am I really reading this?

I was raised to stand up for my rights and to disobey unjust laws – I was told this was called civil disobedience and that it was noble. Even nobler was if I were to die for my Faith – then I’d be a martyr, like the many great men and women who came before me, who so loved Christ and the Church that they were willing to give their Earthly life in their fidelity. So if I die for a just cause or for my religion, I would be doing Good and would be in some sense a hero.

But what about for these two men and others like them who aren’t trying to change a political system or defend their creed? What about people who are just trying to make a living or going for a drive who are killed for no better reason than the color of their skin? What words of encouragement does that girl’s mother have to offer her daughter who sat frightened in the back seat while she witnessed a man get shot five times in the seat in front of her?

I honestly have no idea. I can’t begin to imagine what it feels like to see my father/brother/cousin/son/grandson killed because of the color of their skin. I’ve never been insecure about my safety because of the color of my skin, or when I have, it’s been because I was in a predominantly non-white (usually Black) area. And in those cases, I always thought “well if anything happens, the police can always save me”. And I truly believed that! As middle class, white suburbanite I believed that the police were good people, were there to protect me and would rescue me in a conflict. How many people of color (especially males) feel that way?

I frequently avoid reading bad news because it upsets me and tends to stay with me afterward. I will begin to obsess. But that’s my privilege. I insulate myself and allow myself to hear just enough to stay informed but not enough to make myself sick (which to a certain extent I think is healthy self-care). But my point is that not everyone has that privilege. People of color who live in some of these communities where they are routinely harassed, degraded and killed by police don’t have the option of tuning it out or exposing themselves to “just enough to stay informed”. This is their reality, or the reality of their friends, family, neighbors and community members. They can’t turn the radio, television and computer off and return to a more pleasant “reality” because this is their reality.

So what does all of this have to do with mental health? I wrote in previous posts – following the Orlando shooting at the Pulse nightclub about minority stress – how minorities, by virtue of their minority status and resulting exclusion from the political system, can be more apt to experience adverse health outcomes, both mentally and physically.

I am not a political scientist or a psychologist, but my layperson guess is that Black people in this country, with all that they see in the media regarding negative outcomes for people who look like them, must have a stronger constitution than I do, because just thinking about it enough to make me feel unwell. But how much trauma like this can any person, or in this case any community, take?

And as a mental health advocate (a young adult white, middle class, male mental health advocate) I can say that more needs to be done to train police in non-violent deescalation techniques so that black men my age don’t continue to die at such alarmingly high rates. This is especially important in the case of black men living with mental illness, who may be at an even higher risk for police violence a was the case with Jason Harrison, a black man living with bipolar disorder and schizophrenia who was shot to death (from multiple shots fired) when his mother called police to assist in transporting him to a hospital. These repeated killings spread trauma, depression and anxiety throughout our communities. As mental health advocates, I believe we need to work vigorously not only to eliminate all forms of racism and racial disparity but also to proactively promote restitution for racial injustice as a means to eventual racial reconciliation. As with any problem, pretending racism no longer exists isn’t a viable option for remediation, especially when the numbers show us it clearly still does.

5 Replies to “Racism In America: Enough to Make Anyone Crazy”