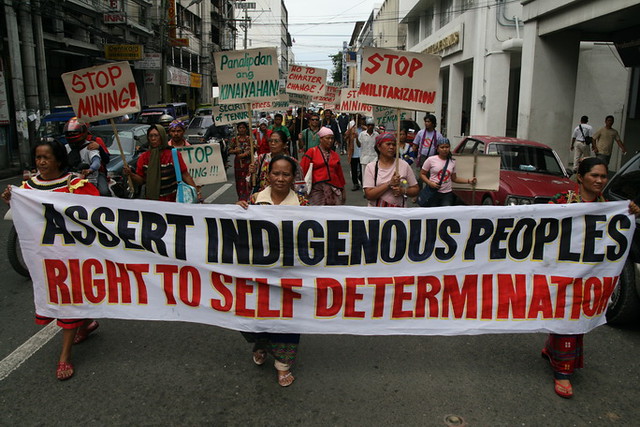 “In 1492, Columbus sailed the ocean blue” – sound familiar? It’s unlikely that you’ve gone through your life without ever hearing that famous grammar school nursery rhyme about one of the early European explorers and his famed voyage to the Americas. Chances are that if asked, you could also name the three famed ships which allowed him to make that journey from Spain across the Atlantic – the Nina, the Pinta and the Santa Maria. However, if asked to name a nursery rhyme about native people, if you are like me, you might be stumped. Or if you were asked to name three native tribes, again the answer may be “ummm…”.

While popular knowledge of nursery rhymes and trivia may seem insignificant, I believe that it points to a larger issue of native invisibility and marginalization here in the United States which goes beyond culture and with implications for public health – including mental health. Native peoples have been an intricate part of the American fabric since we arrived in this country. Here in New England, as children we learn about the First Thanksgiving and about how if it weren’t for the hospitality of the local Wampanoags, the early settlers would likely have starved those first winters here in the “New World”. And even outside New England, all across the country, the image of indigenous people is used, whether to name schools, to serve as sports mascots of a multi-billion dollar industry or to serve as exotic characters in our fantasy folklore (think Peter Pan, The Lone Ranger, etc.) – but how much do we really know about Indigenous peoples and their history, and the role the United States and its settlers of European descent have played in that (often grisly) history?

This week, while much of the nation was celebrating Columbus Day, some communities across the country were observing Indigenous People’s Day instead. What began as an idea “first proposed in 1977 by a delegation of Native nations to the United Nations-sponsored International Conference on Discrimination Against Indigenous Populations in the Americas, held in Geneva, which passed that resolution” has since taken off in various cities across the country including Seattle, Denver, Phoenix, Cambridge, as well as the state of Vermont, among other communities. While I am glad to see this cultural shift, as with the transition from anti-Black racism, I believe that a cultural shift alone is insufficient.

-experience a high prevalence of depression, substance use disorders, suicide, and anxiety (including PTSD);

-experience PTSD more than twice as often as the general population;

-Although overall suicide rates among AI/ANs are similar to whites, there are significant differences among certain age groups. Suicide is the leading cause of death among 10‐34 year olds. In contrast, the suicide rate among AI/ANs more than 75 years old is only one‐third of the general population.

-Native Americans use and abuse alcohol and other drugs at younger ages, and at higher rates, than all other ethnic groups.

The data clearly shows that native people in this country are facing a statistically significant mental health disparity. And in my opinion this is no coincidence. After centuries of systematic discrimination, marginalization, war and abuse by the United States government and people, the indigenous people of this continent did not stand a chance.

And this is not a thing of the past. Still today tribes are fighting for recognition while the process and burden of proof makes this untenable for many tribes. At this very moment, a land war is ensuing in North Dakota over the construction of a pipeline, where sacred space has been destroyed through the bulldozing of sacred burial grounds and the contamination of the local water supply and other natural resources. The abuse has been so rampant that tribes outside of North Dakota (and even outside of the United States) have been showing solidarity, going to North Dakota to stand with the Standing Rock Sioux tribe.

Non-native social justice activists have also been joining in the struggle and have been dealing with retribution as a result, despite their legal right to protest. This made national headlines when journalist Amy Goodman and Green Party presidential candidate Dr. Jill Stein recently had warrants issued for their arrest for reporting on and participating in the protests. And yet it was only after this national attention that President Obama called for a temporary halt to the project (which has since resumed). I guess sometimes acting up is the best way to get things done.

The fact of the matter is that American Indians continue to receive the short end of the stick, whether it be related to land or mental health care. As mental health advocates we need to take a stand for all people who are faced with mental health challenges and be fighting for the rights of all people to have equal access to affordable and effective care. Thankfully, thanks to the work of agencies such as the Centers for American Indian and Alaska Native Health, data is being gathered about this population, its characteristics and needs. Here in the States, as we reflect this week on the legacy of imperialism and its impacts on native peoples here (and around the globe) let us also keep in mind that this population is still highly at risk and under-served. Any progressive mental health agenda should include issues important to indigenous people and organizations working on these issues should include indigenous people in the planning process to most effectively meet the people’s needs.