We stand with you, Demi

I think a lot of you know, early this week Demi was treated for a suspected overdose and brought to a hospital.
Her family has denied that the overdose was caused by heroin.
I have loved Demi Lovato since I was fifteen.
At a time when I stayed up until 5 am on a daily basis, alone, isolated, and battling thoughts and urges that brought me to a place of desperation and fear I found comfort. I realized that Demi Lovato had been struggling with a lot of similar things.
I began to listen to her music, watch videos and felt a sense of companionship by this seemingly happy, funny, and cheerful girl who loved her sister and friends but still continued to fight inner demons, despite how happy she looked.
This was the first time I truly felt like I was not alone.
I wrote her a letter describing what I had been going through, and thanking her for helping me. I drew a picture of her.
I re-read it again and again but never sent it. My shame and fear convinced me it was stupid.
But I never stopped feeling connected by the experience of mental illness and addiction to Demi Lovato. I never stopped listening to her music, watching her videos, and thinking of her and the ways she managed to empathize with me from the other side of the country.

And now, in a time when she is struggling more than she has in recent years, I am here with her.
Perhaps it matters very little, but regardless, I stand with Demi.
I send her love and healing thoughts and hope she knows that she matters so much to so many.

How has this affected you guys?

Despite how much our demons try to convince us of our isolation- we can never forget, we are not alone 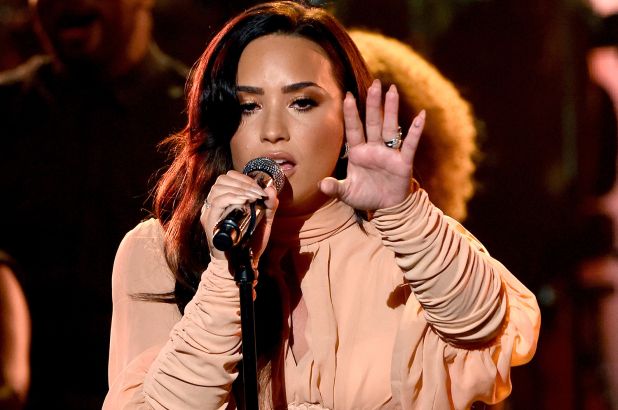 2 Replies to “We stand with you, Demi”