Introduction: Being Black, Being Gay and Being an Immigrant

Starting out, I want to clarify the underlying meaning of this topic, and so going forward we can have a good understanding of what to expect.
First of all, I go by the name Kevin. I am from Jamaica. Last December marked the very first year since I have been residing here in the US.
So basically, I have experienced two winters so far and it has been amazing. I have indeed gotten used to the cold, which is a bit surprising, considering that in Jamaica it is sunny all year round and the island is still yet to experience a negative temperature reading. And with the current trends in climate change, who knows?
Nevertheless, my experience here has been for the most part, eye opening and incredible.
But what does it mean to be gay in the context of being an immigrant and being black?
In 9th grade one of my closest friends said to me, “When you are older, you are going to be gay.” Since then I hadn’t spoken with him.
Today, I am thinking, it was probably a good thing that, at the time, he didn’t know that I was already gay.
As I grew older and more cognizant of my sexuality, my life became one of secrecy and I eventually had to migrate.
While living in Jamaica, I had no concept of pride, as simply being who you are and proud. Jamaica isn’t very accepting of LGBT people.
Much of that has changed for me. But while I may be on my way to overcoming the perils of being gay, I now live in a society where I may be viewed as different in many other spheres.
I am an Immigrant.
This is something I rarely think about, particularly because despite my differences I have somehow managed to fit in – it’s as though I have been living here my whole life.
I socially connect much better with the people here than I did in Jamaica. In perspective, I was very introvert but here, I am a different person – my true self and I think that’s what matters.
It feels great being authentic!
I am also Black.
On one hand, being gay in the black community doesn’t promise acceptance and freedom. The African American community still has a way to go in terms of tolerance towards LGBT people and without being political, a lot of it may have to do with the struggles from our past and not knowing how to dispose of our anger. Additionally, it could also be due to a lack of education on the subject.
Of course, the issue of homophobia in the black community is not specific to America, it is also present elsewhere, such as in Jamaica for example.
On the other hand, due to discrimination, being black exposes one to a number of racial and social constraints.
As a result, being both black and gay can make one very conscious about oneself and one’s surroundings… about things that probably shouldn’t matter.

But despite how I may have to define myself in society going forward, I think that I was lucky enough to break many barriers that held me back for years.
I was lucky enough to join in the Gay Marriage celebrations of last June, considering that a few years before, being gay and out was almost unimaginable.
With that being said, in the weeks to come, I want to explore the fundamental questions of being a ‘black, gay, immigrant’ and the problems that are still existent in our society towards ALL LGBT youth and finally, I want to look at the day to day challenges we face from dealing with depression to living in a hetero-normative society. 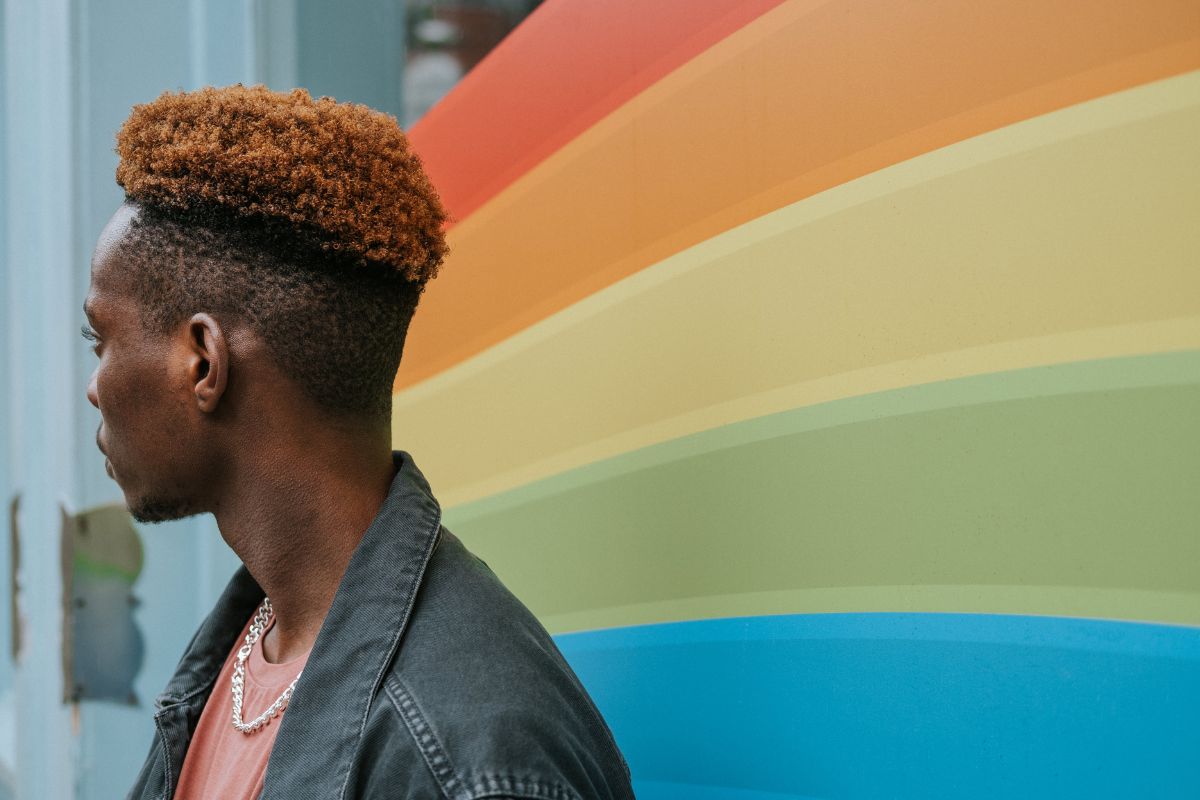 4 Replies to “Introduction: Being Black, Being Gay and Being an Immigrant”