Glossophobia: What is it really? 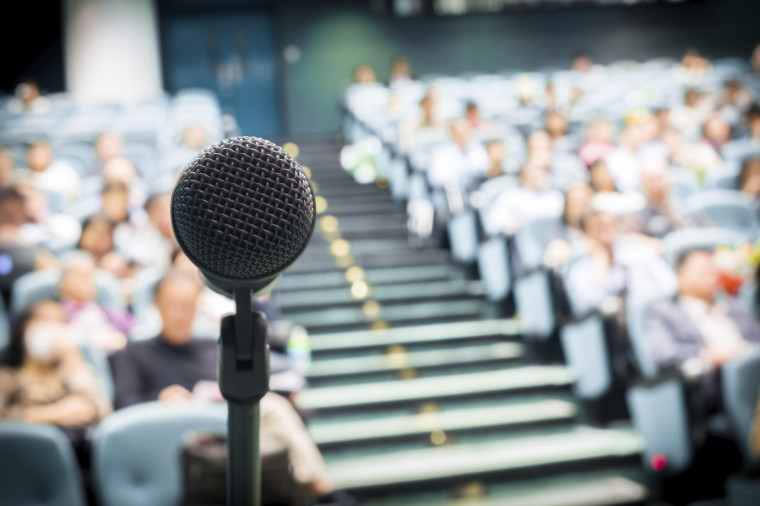 I’ve always wanted to impress a good crowd but I’ve come to realize my own dread of public speaking. Standing before a crowd has never been easy… but getting the speech done, reading it a few times may help for a starter. Still, so much can go wrong should I finally approach an audience.

Recently I’ve been taking a public speaking class. It took me some time, but I am beginning to understand the real dread of public speaking. When the teacher said that public speaking is ‘the number one fear in America’, I took it for granted. Having done a few speeches before, I’m sitting there thinking, “It can’t be that bad”. But until I was called to stand before the class – that’s where the fear kicked in.

Point blank, I couldn’t understand that fear. I couldn’t understand what was so hard about standing before a small class, of about 25 people, just to tell them how I had spent my summer. Was it the speech itself? Was it because I didn’t really think much about my summer? Or was it the new faces? …Hardly recognizing the feedback that I was getting. Or was it the feeling of being judged?… the teacher seated to my right, scribbling on a piece of paper. Whatever it was. It was a catch and I was doomed. I had just flunked my first serious impromptu speech and I have nothing to make up for it.

In my mind, that’s exactly what happened. It felt really bad. But maybe I shouldn’t have.

After all, it was our first speech. And surprisingly, I didn’t do that bad. There were two realities at play here: what I felt and what my classmates actually saw. To be frank, I felt as though my feet were falling apart. I was extremely nervous. But instead, someone in the class actually thought I did well and the teacher agreed.

But what was I so afraid of? Could it be, putting myself on display, for a round of laughter? The truth is, no one wants to seem ridiculous especially in public and for me, that’s where this fear all started.

I’ve always loved public speaking and I’ve always thought that a good speech could be the hallmark of my career. In every way possible, I want to make sure that if nothing else, I can give a good speech. I don’t want to think that five years later, the only thing that is holding me back, is the fear of speaking in public. I can’t let that happen.

One thing, among many other things, that I took from that class is that the fear of public speaking is not something to take for granted. Its deadly!
Mark Twain said, “It usually takes me more than three weeks to prepare a good impromptu speech.” That’s the reality and maybe that’s the real challenge, PREPARATION, if you really want to be good at public speaking. Usually, if I am asked to speak about something, it’s something that I know or should know about and can mask really well. Else, I wouldn’t put myself in the situation of talking about something that I am entirely ignorant about. Preparing yourself to deliver that ‘something’ (a topic, you name it) is crucial. I was the only one aware of the fear and nervousness that I experienced through my speech, everyone else saw my strengths. It’s hard to believe, but its true. In fact, sometimes the nervousness is what brings your strength to fruition. And maybe there is really nothing to fear but fear itself – Franklin D. Roosevelt.