Why we all need to express our diversity – but how do we fight its stigma?

As a Detourist, I’ve encountered a lot of mental health stigma. I’ve gone from theatre kid, to actress, to traumatized, to comatose, to survivor, to playwright, to person in less than 30 years. Creativity not only saved my life, it became my life force, anchor to myself, and road map where there was none. Creativity is the best way to say anything we’re feeling. And that’s the best way to fight mental health stigma.

Theatre was the one place I felt I could say anything. Theatre has always been my first love and felt like natural medium to tell my story. I had experienced years of setbacks, triumphs and frustrations in isolation. I didn’t appreciate the full scope of what I had undergone, and the impact it would have on others, until I was able to perform it, and bring secrets to light for the first time. “Gutless & Grateful” was a musical about my near-death experience, but it was also the first opportunity I had to ever speak out loud, “I was sexually abused.” In the act of telling, I set myself free. As a performer, I long to connect with my community and share a message that will inspire others – that is the power of theatre. Helping yourself is a reward in one respect, but to know that your own struggles can heal others is transformative and uplifting.

Giving my story a dramatic arc was a way to reframe my own narrative, and find the meaning in what I had been through: nearly 30 surgeries, six years unable to eat and drink, and perhaps a little mention that I had been sexually abused by my voice teacher shortly before my stomach exploded my senior year of high school.

I wasn’t sure how sexual abuse fit into my story yet.

Perhaps it was because I hadn’t figured out what being a survivor of sexual abuse meant to me at all.

Sexual assault is a big burden to carry as a secret – and none of the news stories were talking about anything other than my total gastrectomy and organ failure. In fact, my abuser was still teaching. (He still is.) Where did this experience fit into my narrative?

I learned that the memories I was still struggling with would not be solved by a musical comedy. In my “gutsy” life-story theatrical debut, I was joyously overwhelmed by rave reviews from New York theatre critics.

But there was one line from an otherwise great review that stuck with me:

“Although there is, of course, a connection between mind and body, it was somewhat hard to swallow that the source of her illness could be blamed on being raped, which was implied at the beginning.”

Now I was getting stigma from critics? If theatre wasn’t safe, what was?

Could I fight stigma through theatre?

After “Gutless,” I was determined as a playwright to create a play to show that recovery from trauma is raw, messy, and rarely a straight line…or “easy to swallow.” I went on to create plays, musicals, scenes and snippets that I felt society needed to hear. I learned that there are physical scars from trauma, and then there are scars we can’t see.

As both a survivor and an emerging female playwright, it’s been an ongoing battle to reclaim my voice and tell my own story. And recently, I realized I wasn’t alone.

Other artists were facing stigma in mental health, diversity, and the freedom to be who we are, where we are, as we are.

What would you do if a publisher rejected your manuscript because of lesbian and transgender themes? What if you were told these themes were not commercial — or not appropriate for young people? Back in 2008, with the world economy hovering on the brink of collapse, a group of women playwrights were forced to confront these questions.

The International Center for Women Playwrights hosts a longstanding email discussion group with over 300 subscribers. Long before artists could network on Facebook and Twitter, ICWP formed an active, spirited online community of multicultural writers. Founded in 1988, ICWP’s mission was to support and promote women playwrights around the world and advocate for gender equity in theater. Women from many countries (and a few like-minded men) shared knowledge, support, encouragement — and daily rants about the challenges of working in a male-dominated profession. Women of color, lesbians, gender nonconforming persons, disabled women, women of all ages and ethnicities gathered with stories to tell. Mostly, they saw little on the contemporary stage that reflected their own experiences.

It was not unusual to hear stories of intolerance. But, this time, a powerful, articulate lesbian writer stood up demanding action. While nobody could deny the discrimination she had experienced — or the danger it posed to LGBT youth — nobody could agree on an appropriate response. Boycott the publisher? Protest on a wider scale? Or just take the high-road, and submit manuscripts elsewhere? The typically supportive email list erupted into a flame war. Lawyers were consulted. Several key members left the group, including the activist playwright who raised the question. What emerged from the ashes was a renewed commitment to change, when members were finally able to rally around an idea for positive action.

Williams volunteered to edit a book of short scenes for 2-3 actors, suitable for audition pieces or student acting class work. The thematic focus of the book would be “diverse voices” — drama about characters from under-represented minorities, and the challenges these individuals face. As simple as this idea seemed, the publication of ICWP’s Scenes from a Diverse World supports gender equity in theater, and opens up new worlds for theater students.

After reading all about William’s collection, I was brought back to learning for the first time, that a collection of my own work, including an extremely “open” monologue, “I’m Living Life With Open Wounds,” would be published and performed by college students for an academic thesis on Disability, and incorporated into a high school textbook for a unit on empathy through theatre. If every human, from of every background, affiliation and identity can feel proud to speak truths which society needs to hear, then we can access theatre’s truth ability change lives, to bring marginalized voices to the center, and to create a society built on inclusion, generosity of spirit, and positive change.

How are YOU sharing your unique role in our diverse world?

(Perhaps a monologue can get you started.) 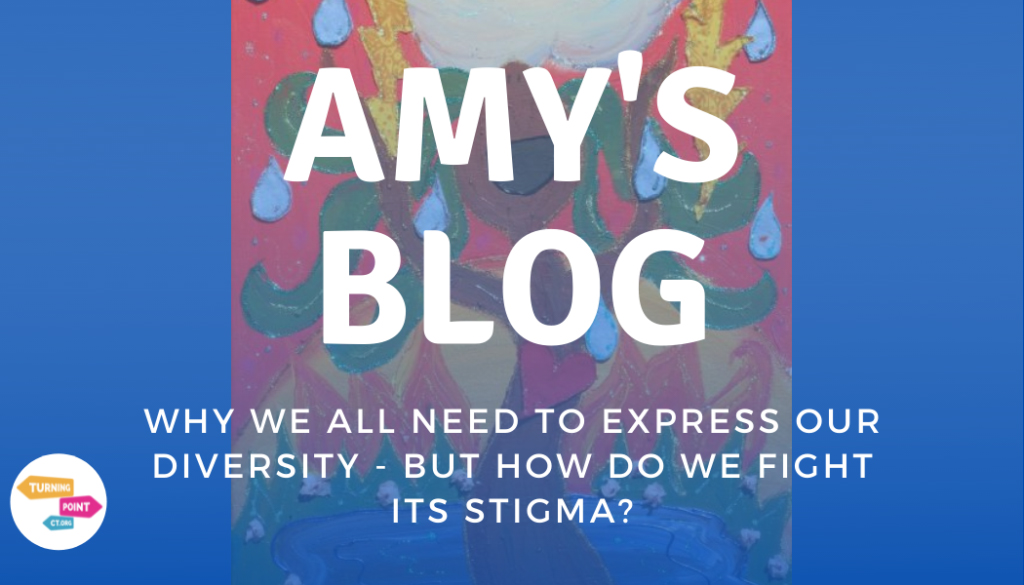