Take Back the Night for Mental Health

“Being deeply loved by someone gives you strength, while loving someone deeply gives you courage.”
― Lao Tzu

I’m flying back to New York today after an amazing week in Tucson Arizona. I was there to take back the night.

And so were people all around the world.

What is Take Back the Night?

“TBTN’s history spans over half a century. Decades ago in Europe, women from many countries met together as a tribunal council to discuss women’s safety when walking down public streets.  In 1981, The Canadian Association of Sexual Assault Centers declared the third Friday of September to be the designated date for Take Back The Night® marches nationwide.”

You can watch my keynote speech here.

I was asked to be the keynote speaker at TBTN in Arizona. I’m still shaking from the power of a community united in solidarity.After hearing so many incredibly heartbreaking and resilient stories shared in the Survivor Speakout, I came away knowing that survivors are the strongest people in the world.

“Since the 1970s in the United States, TBTN has focused on eliminating sexual and domestic violence in all forms. Thousands of colleges, domestic violence shelters, and rape crisis centers have held events all over the country.

TBTN creates safe communities and respectful relationships through awareness events and initiatives. Women across the world are taking back their voices by speaking out against these crimes, but there is much to be accomplished in the fight to end sexual violence.

The march is far from over.”

After this amazing, night, I got to perform Gutless & Grateful, my one-woman autobiographical musical, at Pima Community College , 8pm on April 13th,  part of a great double-header, thanks to the Esperanza Dance Company!

“Art is a wound  turned to light.”
– Georges Braque

Esperanza Dance Project – Eradicating stigma, secrecy and shame associated with childhood sexual violence – They performed a series of five dances all about  experiencing and healing from the trauma of sexual assault – check out their phenomenal website.

To honor sexual assault awareness month, I wanted to share several articles I’ve written about my own story, ways to heal, and ways to help spread community awareness.

Explaining the “freeze” in PTSD, and working through undeserved shame.

Working through feelings is difficult after sexual assault, but it is the only way forward and back into our lives.

How writing songs was a powerful way to reclaim my “voice” after being so betrayed.

5. To the man who molested me when I turned 17 (Role Reboot)

Why, although I never spoke my abuser’s name, I will not let him be my “secret.”

6. Five Ways Everyone Can Participate in Sexual Assault Awareness Month

How every individual can be an agent of change, not just in April, but in every conversation, question, action and mindset.

7. What to Say (and Not to Say) to a Survivor of Sexual Assault

One of the most important things we can do is know how to best support a survivor.

“PTSD. I had never heard those letters put together before. I knew what “trauma” was, but I didn’t know it could cause so much internal dis-ease and dis-order — illness that I couldn’t see.”

How one book was able to change the course of my recovery.

Did one of my essays especially ring out to you? Send me a note. I’d love to know.

Gutless, Grateful, and Sharing my Story

I’m also touring with my own Sexual Assault Prevention program, as well as my show, Gutless and Grateful, which combines Broadway theatre with sexual assault awareness and mental health advocacy, in order to empower survivors of assault and to create a more compassionate, open community.

It’s been amazing to be able to integrate doing what I love with not only what I’ve been through, but what I’ve learned, in order to share how we can make awareness and prevention possible for all.

Remember…with creativity, you can eventually express ANYTHING.

and once you can express it…

You can transform it.

Here’s a picture from the beautiful venue in Tucson.  More to come!

Next up, Gutless & Grateful at Clark University April 21st!  And if you’re interested in a new project…check out a premiere staged reading of FIBERS, April 22nd, 8pm at Hampshire College!

The Power of Our Stories

This week, tell a story. Read a story. Listen to the stories around you. Reach out.

The day I reached out, I found connection, acceptance, forgiveness, and my self.  And I love who I found.Until I was able to tell my story, at first for myself, and ultimately, to others, I was not able to fully heal.

Wishing you an amazing month with enough empowered awareness to last all year long.

You can become an advocate and make prevention possible in your community.  Check the NSVRC’s Media Kit for Sexual Assault Prevention for more resources.

“You cannot swim for new horizons until you have courage to lose sight of the shore.”
― William Faulkner

Do you want to share your story on my blog?  Find out more here.

She’s contributed to over 70 notable online and print publications, and her story has appeared on NBC’s TODAY, CBS, and Cosmopolitan, among others. Learn more at amyoes.com. Watch Amy’s TEDx Talk: A Detour is Not a Dead End here: Amy’s TEDx Talk: Detour 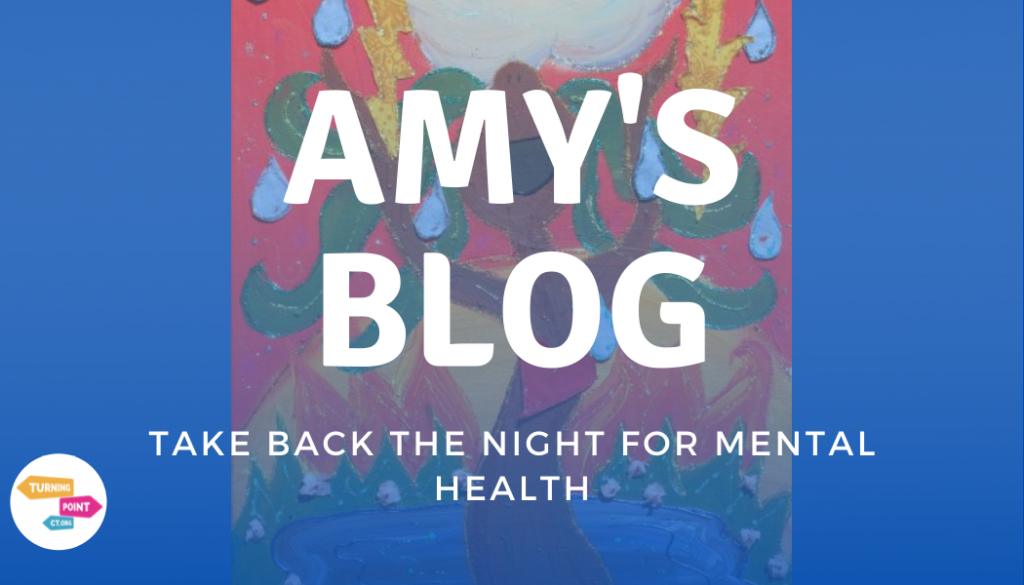