How to Play a Positive Role in Sexual Assault Awareness Month

I grew up believing that my entire life would be dedicated to the performing arts. Now, I’m also a survivor and “thriver” of sexual abuse, 27 surgeries, coma, organ failure, and the PTSD that comes from ten years of trauma — or what I now call my “beautiful detour.”

At 17, I was sexually abused by a voice coach who had become a mentor, a friend, my family. At 18, years old, a blood clot caused my body to go into septic shock. I was in a coma for six months, and after a total gastrectomy, I was unable to eat or drink a drop of water for six of the past ten years. After 27 surgeries, I was miraculously reconnected with the intestines I had left. To persevere through those tumultuous years took great inner and outer strength — strength I didn’t know I was capable of until I was tested.

I learned that the human spirit feeds off of hope, and hope is fuel we can cultivate ourselves. Ultimately, I learned that with resourcefulness, creativity, and unwavering curiosity, we can transform any adversity into personal growth and a resilience that is uniquely ours.

Everything became possible once I was willing to intentionally wander from the life I planned and embrace this “detour” as an opportunity for discovery. This is not the life that I planned for myself — but does anyone’s life ever work out exactly how they plan it?

Sexual assault is a serious problem in our society, and one of the most important things we can do is know how to best support a survivor.

You can be an active part of lowering this statistic by knowing what to say to someone who has been assaulted.

Why is it hard for survivors to report an assault?

First, it’s best to understand why sexual assault is so infrequently reported. As asurvivor myself, I experienced each of these barriers:

Survivors of sexual assault might not have the words or vocabulary to report that they’ve been violated. It took me years before I could even begin to articulate the turmoil that was rattling inside of me. It was terrifying for me to actually verbalize the fact that had been betrayed by someone I really trusted.

We don’t know who to tell.

It can be very difficult to find someone we feel comfortable enough sharing this with, especially if we haven’t fully processed it for ourselves.

We’re scared we won’t be believed.

We fear that when we finally do work up the courage to tell someone, we wont be taken seriously.

The Dangers of Not Speaking

Holding this secret in can slowly shift to victim blaming. We think, “If I hadn’t been there, or worn this outfit, or been with this person had done [insert here], I wouldn’t have been assaulted.”

Yet, in reality, the only person that can actually prevent the rape is the rapist themselves. But for most of us, it’s easier or us to got through that mental checklist of things we “could have” prevented, because we can rationalize, “If I hadn’t been here, I wouldn’t have spoken to this person.” It’s how we try to come to terms with what happened. What results is a damaging self-blame that we don’t deserve.

If a survivor of sexual assault is already saying these things to themselves, imagine how hard it is for them to actually speak out. When we keep this in, it turns to shame.

The shame survivors feel is a tremendous barrier to reporting.

How can you help someone overcome their barriers to reporting?

Create a safe place for that reporting to happen, with an open heart. It took years for me to feel comfortable sharing my own story, but knowing how imperative this was for my own healing process inspires me to help others do the same.

At a very vulnerable time, learn how to best support a survivor:

What to say to someone who tells you they have been assaulted:

I’m sorry this happened to you.

I’m so glad you are telling me this.

This is not your fault.

· Whatever reaction you are having is normal. You are not going crazy.

Things will never be the same, but things will be better. (Be compassionately realistic.When these acts happen, they become part of us, and how we heal depends on the support systems we have.)

I am here to support you through this.

Just as important is knowing what not to say:

Why or how could someone do this to you?

Then they’ll start to wonder what they could have done to “make that happen.”

Even if you empathize, or are a survivor yourself, respect that you will never now what it is actually like for the survivor and their own individual experience.

It could have been worse. You’re lucky that something more awful didn’t happen.

If you hadn’t been ____, maybe this would not have happened.

It’s not your fault, but, maybe you shouldn’t have___.

You’re going to be fine.

It’s not fine right now. People need to feel the pain and difficulty of their experience. It will get better, but they need to find safe ways to be whatever they are feeling right now.

Try not to get so worked up.

A survivor has every right and reason to feel what they are feeling right now. Let them know that.

Most importantly, listen to the survivor. Let them say however little or much as they need to. Follow up with them if you can. And know that you have have made a tremendous impact on someone’s recovery.

So many gifts came out of this. I discovered painting in hospitals and flourished as a mixed media artist with solo art shows, merchandise and creativity workshops. I wrote a one-woman musical about my life, Gutless & Grateful, which I’ve performed in theatres across the country for three years and now take it to college campuses, conferences and support groups as a mental health awareness and sexual assault prevention program. After never having a boyfriend in my life, I tried online dating, got married, did a TEDx Talk about it, and then, when suddenly faced with divorce, I realized strength I never knew I had. And I finally started college…at 25 years old.

I was not able to fully appreciate the beauty of my detours until I was able to share them. As a performer, all I’ve wanted to do was give back to the world. But now I have an even greater gift to give: a story to tell.

But first…I had to learn how to speak it.

Everyone has a place in sexual assault prevention. According to RAINN, an average of 68% of assaults in the last five years were not reported. Together, we can help all survivors come forward to share their story and heal. 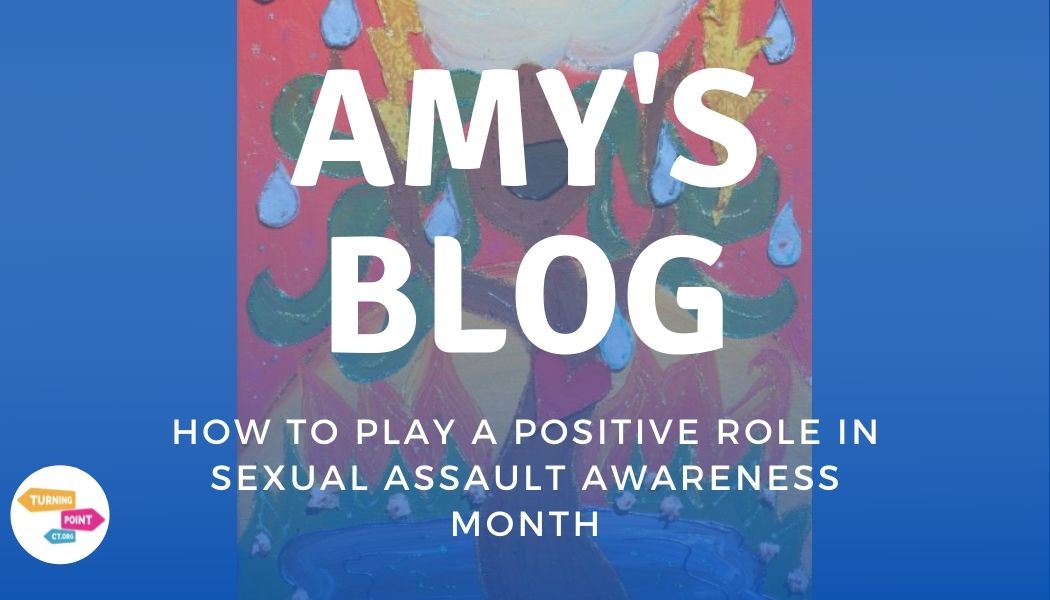