Wanderlust: a strong desire to travel and explore. It’s the opposite of being homesick. The word wanderlust originates from German, and describes the lust (or desire) to go wandering (or travel), and is not a desire to go anywhere particular.

Some days I want roots, a steady career, and stability. But other days, I want nothing more than to wander to my heart’s content. I want to count the stars in grassy fields and drive down backroads with the windows down and my favorite music playing as I watch the scenery go by. I want to get lost in the woods and explore places I’ve never been. Some days I understand why they call it wanderlust, because I crave nothing more than to wander endlessly in a world so caught up in walls and endings. Sometimes I feel suffocated by all of my responsibilities and I want nothing more than to just get away from it all.

Two weeks ago, we were at Norwalk Community College for Fresh Check Day and our table was “100 Reasons.” The point of the table was to get students to think about what their reasons to live on are. When students came to the table, they could make a canvas that illustrated or stated their reason or reasons to live. I made one as an example and it was something that was so true for me. I drew a forest with a river and I wrote “There’s still so much of the world that I still haven’t seen….” And it’s true, I have such a longing desire to get out and just see the world. The world really does have so much to offer. Seeing pictures and videos from other people is great, but I want to experience it.

I’ve been lucky enough to travel to Oregon and New Hampshire within the last month. Going to the west coast and getting to experience the mountains and the canyons was unreal. This last weekend, I took a day trip to New Hampshire and it was honestly such an amazing experience. I took a drive through the White Mountain National Forest and I was in awe. It was past peak foliage, but it didn’t even matter. Just getting to see the mountains and rivers was enough for me.

After this last weekend to New Hampshire, I want nothing more than to hop around all of New England every weekend. I had never been one to spontaneously travel, but after doing it, I now see the appeal. We are so lucky to live in a small state where we can be out of state within an hour. The other states that make up New England are so within reach. It took me a mere 2 hours to cross the New Hampshire border, two states away from us and the total time to the White Mountains was only 3 and a half hours. It was so close, we only did a day trip.

Seeing how easy it is to travel and experience even just a couple hours from home was enough to get me itching to do it again. In fact, this coming weekend if the weather cooperates, I am planning to go to Portland, Maine for another day trip. My desire to get out and travel is pretty much all consuming now. My brother has always been the traveler of the family and I had never understood why he was driving all around the country seemingly every weekend. But, now I get it. I’m tired of living vicariously through others social media posts.

I think I was the only person who was standing in my way from doing things like this before. I had always had the mindset that I didn’t have the time to do things like this. I didn’t think that I could be one of those people who travelled a lot. I always had some kind of excuse. But, now that I have seen it doesn’t take much and it can happen even with very little planning, I am hungry for more.

I will continue to explore around Connecticut because as small as this state is, there are STILL so many parks that I haven’t been to. I bought myself a cute thing on Etsy to keep track of which Connecticut State Parks I’ve been to, but there are still so many town parks and land trusts that are hidden gems around the state. I really started to explore the parks of Connecticut I had never been to during the pandemic because doing things indoors was out of the question. I really don’t think I would have explored as much as I have if it were not for this pandemic because it gave me time to do things for myself.

Now that I have pushed past my block of excuses as to why I can’t travel, you can expect to see me doing a lot of exploring, even if I’m just starting out in the states surrounding ours. I want to experience as much as I can while I can. I don’t want to regret not getting out to see the world.

I haven’t been everywhere, but it’s on my list.

Below you can see some more photos from my day trip to New Hampshire: 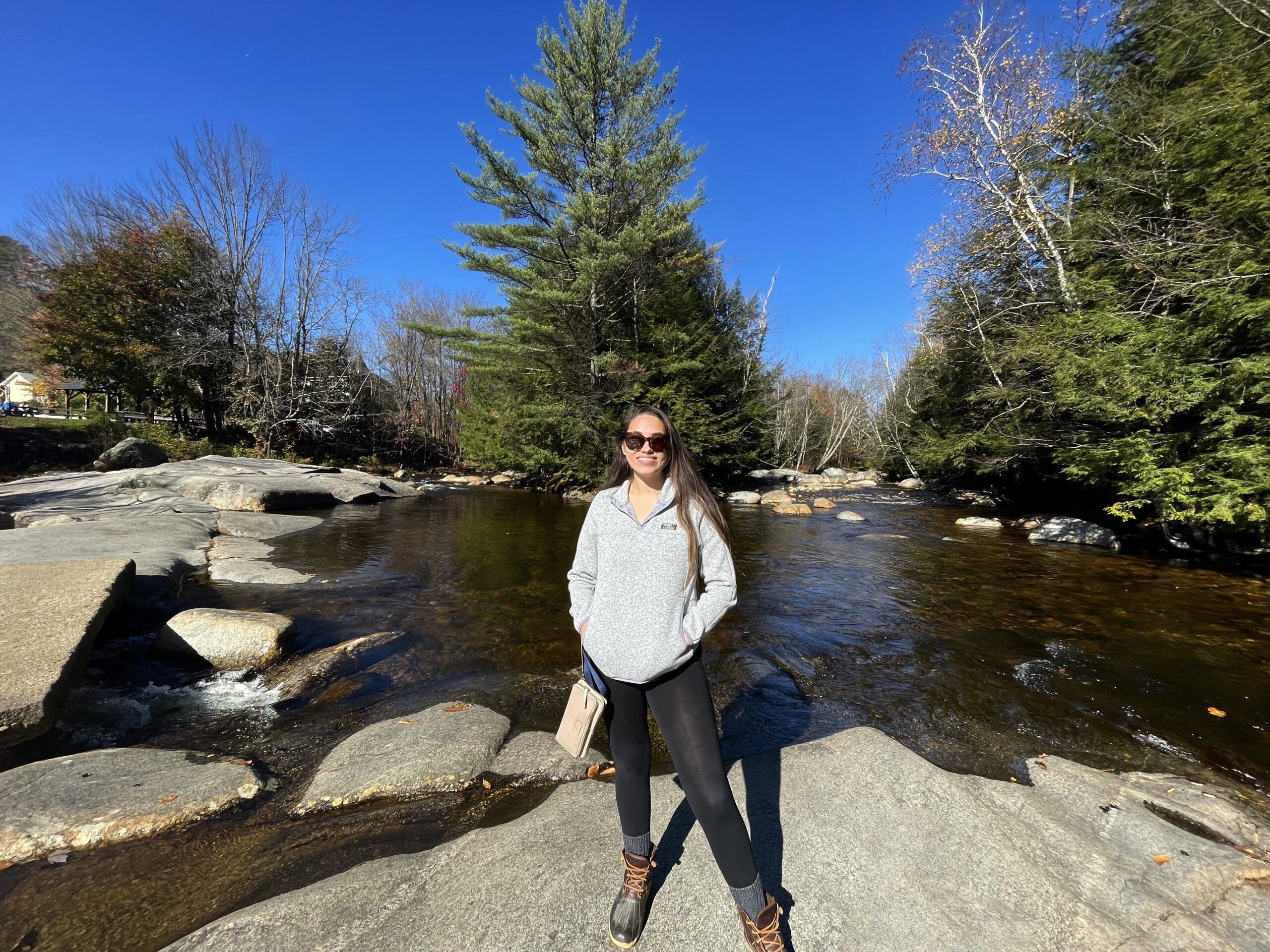