My New Year’s celebrations did not go as planned. On Thursday, I woke up with a fever. My first thought was COVID. But, due to everyone testing around the holidays, there was a shortage of tests available. The first available testing date was the 6th so I decided not to schedule one.

I was never able to get my hands on a test to confirm whether it was COVID or not. But considering how high the numbers were (especially when you take into account how many people WEREN’T able to get a test), the chances I had it are pretty high. It’s actually pretty scary how many people have it and how the hospitals are at capacity right now.

New Years Eve, I spent curled up on my couch reading because I still had a low-grade fever. I was asleep by 9pm and I was not awake to kiss my boyfriend at midnight or to tell him happy birthday at midnight. I was sick on his birthday so I didn’t have the energy to do anything special for him. Normally, I would have made breakfast and a special meal for him later in the day.

As if me being sick wasn’t enough, Wednesday we found out my boyfriend’s dog, Gabe, had a tumor on his spleen. He had been lethargic on Christmas, but we were not prepared for cancer. He had seemed fine. There was hope though, they said they could remove his spleen because it hadn’t spread. The plan was for him to have surgery to remove his spleen on Monday. We were told that would give him another couple of years of life. We were hopeful.

Fast forward to New Year’s Day, and Gabe wasn’t doing well again. My boyfriend’s dad and stepmother brought him to the hospital that morning. We figured they would just do the surgery he was supposed to have on Monday, but when he got to the vet, they found out the cancer was also in his heart. There was nothing they could do. We found out over the phone. There was so much internal bleeding that he wouldn’t make the car ride home. They were at the animal hospital in Rhode Island so we would never make it in time to say our final goodbyes. It was so sudden that we did not have any time to mentally prepare for losing him.

Before I heard the news for myself, I knew just by seeing the look on my boyfriend’s face while he was on the phone. I instantly began to cry. The tears silently streamed down my face while he finished the phone call. As soon as he got off the phone, I managed to get out “is he gone?” before my voice broke. He wasn’t gone yet, but they were preparing to put him down. That was how we started 2022.

There were a lot of tears. I was heartbroken and I only got to know him for 4 short years. But in those 4 years, Gabe loved me unconditionally. Before my boyfriend and I got our own house, I was at his dad’s every single day since I met my boyfriend. I was never a dog person, but Gabe and his other dog Rayne turned me into a dog person. I love them both like they were my own. I would spend days at the house while my boyfriend and his dad were at work just to make sure the dogs got plenty of attention during the day. I would do anything for them.

Gabe was always so happy. But, he also had anxiety just like me. We were connected in that way. He understood me in a way most people don’t. He protected me, and I protected him. I will cherish every moment that I had with him. He helped me so much when I was in some of my darkest moments. He always made me feel so loved. I really don’t know what we did to deserve dogs.

While 2022 did not start off the way I had hoped, I am still hopeful. It’s easy to want to focus on the hard times. Instead of focusing on the negatives, I am still looking forward to good things that are to come. I’m still a bit sick, but I know this isn’t forever. Losing Gabe was hard, but instead of dwelling, I will think of all of how lucky I was to spend 4 whole years with him. I’ll also be spending as much time with Rayne as possible because her time is almost up.

2022, I will be here through the good and the bad. You can try and knock me down, but I will not let you. 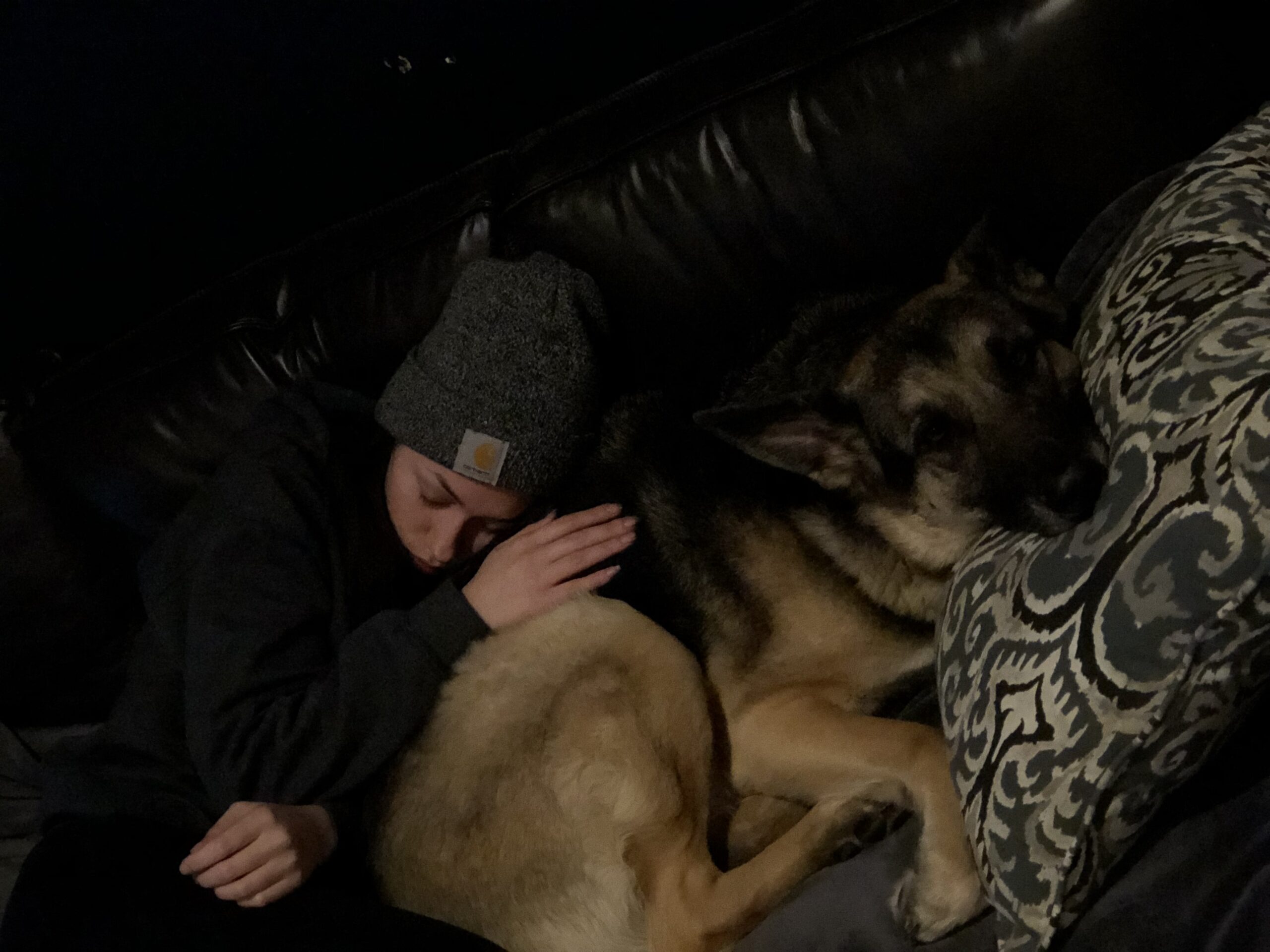