Avatar: The Last Airbender is a favorite show of mine that I find myself watching over and over again. There are so many things to learn from the show and the growth of the characters throughout the series is inspiring. One of my favorite characters is Uncle Iroh. Throughout the series, Uncle Iroh continually gives troubled Prince Zuko advice. This is necessary as Zuko makes some pretty questionable decisions due to anger and pain from unresolved trauma.

Below are some of my favorite words of wisdom from Uncle Iroh.

1. “Is it your own destiny? Or is it a destiny someone else has tried to force on you?”

At the end of the day, you are the one who lives with the decisions you make. You can create your own destiny. You do not have to pursue a destiny that someone has forced on you. I promise you, you will be miserable.

2. “While it is always best to believe in oneself, a little help from others can be a great blessing.”

3. “You have light and peace inside of you. If you let it out, you can change the world around you.”

In the series, Zuko spent so much of his time being angry and taking it out on the world around him. But really, he did have light and peace inside of him, it just took a lot of growth for him to see it and use it.

I used to let my depression and past traumas consume me. I was angry at the world and honestly, there was a bit of comfort in the darkness because it was really all I knew. It took me years to finally let go of the anger and the pain of what happened to me. But, in the process, I was able to let out the light and peace inside of me.

You might feel like you’ve lost your light permanently, but I promise you it’s still in there. It might take some time to find it, but it will come back.

4. “Sometimes life is like this dark tunnel. You can’t always see the light at the end of the tunnel, but if you just keep moving, you will come to a better place.”

When you’re in a dark place mentally, it’s easy to feel stuck there. It’s hard to imagine life without the weight of your depression and anxiety on your shoulders or whatever other stressors you might have. But, there are better things ahead, you just have to keep moving.

There were so many times in my life where I felt trapped and consumed by my mental illness. There were times where I was ready to give up and just call it quits on life. Eventually, I did get to a better place. Things aren’t perfect, but I am not where I once was. If I had just stopped because I couldn’t see things getting better, I would have missed out on so much.

5. “In the darkest of times, hope is something you give yourself. That is the meaning of inner strength.”

These are just some of the wise things that Uncle Iroh said throughout “Avatar: The Last Airbender.” If you haven’t seen the show, I recommend you go watch it! 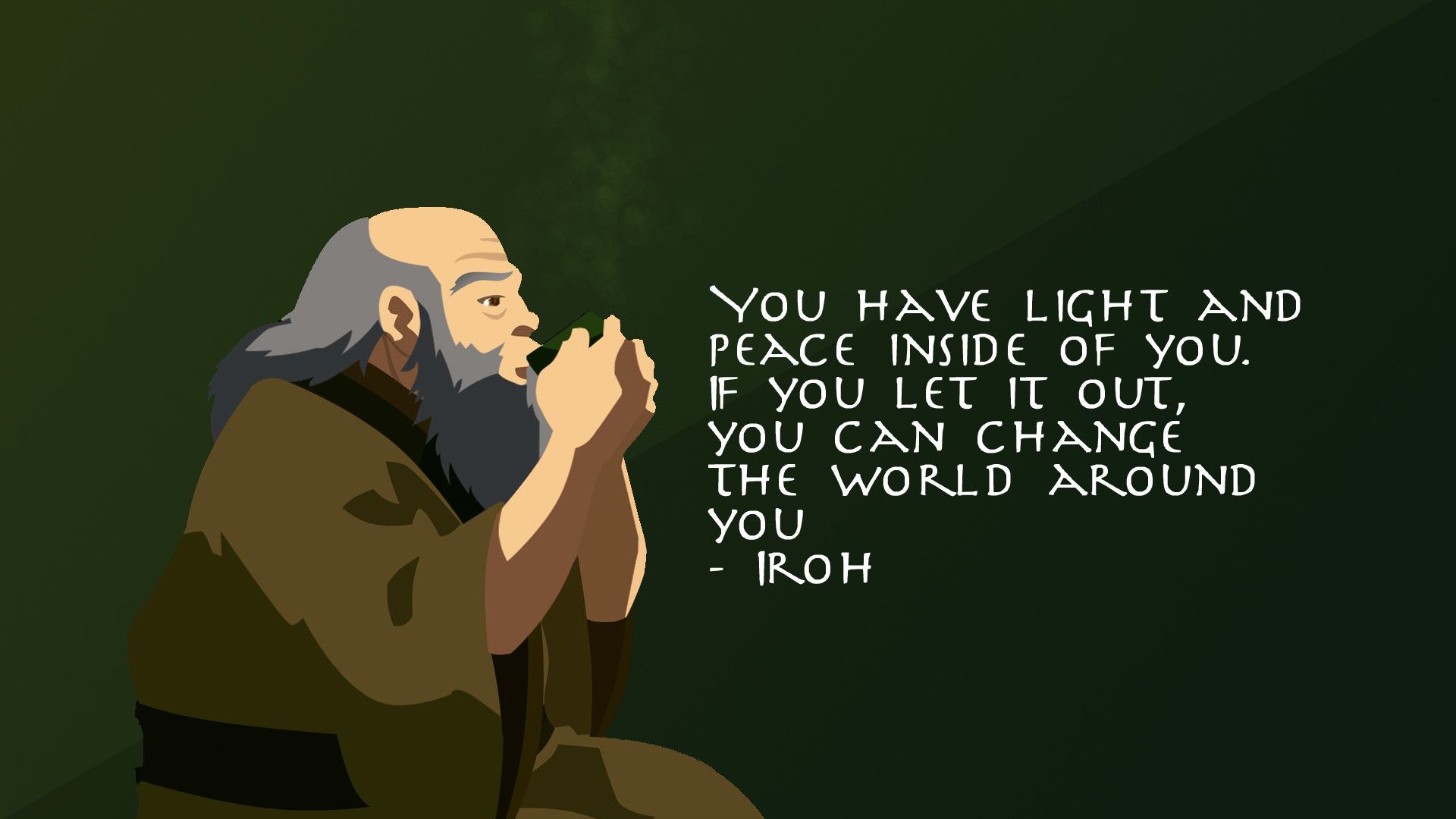