Watch as young adults from YasBiz discuss their perspective on housing situations. Check out our videos here and submit your own.

This Grand Stage of My Life

2017 broke me into 2,017 pieces.
My faith and my strength were both tested in ways that I could have only imagined.
I moved away from the place I called home for 22 years. I finished Semesters 2 and 3 of Graduate School. I ended an old job and started a new one. My journey continued to unfold.

I struggled with my mental illnesses each and every day.

My 2017 started in a horrific mental state. I was lost and broken from 2016. My days were spent mourning the disintegration of my parents marriage, and with that, the disintegration of our family of four. I could feel the anger welling up in my soul. Anger was pouring out of me in ways that I am not proud to own up to. I was angry at my parents for the decision they made to split. I was angry at my grandparents for not wanting to listen when I wanted to vent about my parents.  I was angry at my sister for being so lax about her decisions.
But mostly, I was angry at myself because I had misplaced guilt. I felt like all of these life-changing events were my fault. Maybe if I’d been a better student, or a better daughter, my parents wouldn’t be so angry with each other all the time. Maybe if I’d been a better sister, Sophia and I wouldn’t have argued so much and in turn, my parents wouldn’t have argued so much.

My parents separation was the best thing that could have happened to our family. In the 12 months that made up 2017, I realized that none of the guilt I had should have existed. There was nothing I could have done. My parents both deserve to be happy. If they couldn’t be happy together, it was only fair that they try to be happy separately.

In the months following our first move, I struggled to be happy with most of the puzzle pieces I am made up of. I was doing the one thing I’d been waiting my whole life to do; teach. But I was coming home every day with a headache, and a heartache. And this consistent voice in my head telling me, “You’re not good enough.” That wasn’t what I signed up for.
And then, in the final days of school, I’d been notified that three of my students listed me as one of their Top 3 Most Influential Teachers. I still can’t think about that without tears welling up in my eyes. I’d spent the entire school year telling myself I wasn’t good enough, when all along, I was changing the lives of these students.

I am good enough. I am a good person. I am a good friend. And I’m a really good teacher.
In 2017, I learned all of that about myself.

2017 broke me, and forced me to rebuild myself into the best version of Olivia this world has ever seen.

May 2018 bring moments in your life that change you for the better. May 2018 bring you mental wellness, good memories, and lots of cats. Go confidently in the path that makes you the happiest. And if you are feeling alone on your journey, don’t forget to call me. 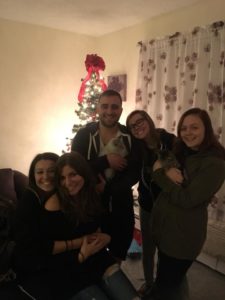 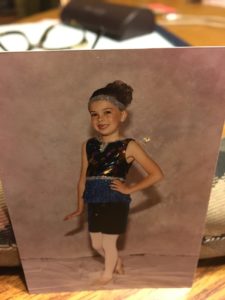 My parents’ divorce is a piece of my life that I want to share with you, not because I am looking for sympathy or for advice.

But because it’s an integral part of who I have become, and I think it’s necessary to understand some of the reasons why I am the way I am.

We lived in the same house for 22 years together.

Their divorce was long awaited. It should’ve happened 10 years earlier. As selfish as I feel my parents had been, staying with each other until Sophia and I were adults was the most selfless act I could imagine a parent could do for their children.

Despite being a full grown adult when it happened, the feelings were still just as hard to process as they would have been had I been a child.

The divorce process began in September of 2014, was finalized in June 2016, and sometimes it still feels like I am in the middle of it.

We are still in Year 1 in terms of being a separate family. Sophia and I made the conscious decision to separate from each other.

There are 2.1 miles in between our homes.

Sometimes it feels like there is a whole world that separates us.

Now we live as two sets of two.

In the three years since this started, I have never once allowed myself to have a feeling about it. I’m not condoning that. I’m not saying that’s healthy. I’m not even saying that’s a good idea. In fact, I think it’s a terrible idea. But I feel things too deeply to start to pick apart that burden at such a crucial point in my life.

I’m writing this for you today not because I need to or have to, but because I want you to know that

good things can come from broken pieces of broken homes.

The relationship I have with my dad has been tested and tried and it is stronger than ever. He knows everything about me. He listens when I have to complain. He lifts the heavy groceries when I can’t.

On the opposite end of the equation, the relationship I have with my sister has a completely different dynamic than it’s ever had. This summer, we were able to drive 627 miles in one car together and we both made it out alive, with all limbs intact, and collectively, we only suffered three panic attacks.  It took us 19 years to get to that point.

My family is on a long journey of recovering our broken pieces. We have come so far and we have so far to go.