I knew I was different when I use to pray to God to take my life while I was asleep. I knew I was different when I had the urge to hurt myself. I also knew I was different because I was afraid to fall asleep, always thinking something was coming to get me; not sure what that something was or why I believed that something was coming for me in specific but I knew one thing; it was coming. I knew I was different when I started crying over a boy I liked that never knew I existed and saying to myself if only I was prettier, he would then pay attention to me. There were so many different signs looking back that told me my future was going to be the most horrific adventure I ever encountered. I never thought or could comprehend at such a young age that something could be so wrong with the way I was; so debilitating, so tremendously saddened and lost.. I never had the awareness to say to myself this is not the way things should be or that maybe I should be different . I believe when you are as young as I was at the time of my signs of my different and unique mindset, that you cannot be aware of these things and compare yourself to much because what does a child really have to look at that would make me say to myself “hey! I am different, is this ok?” I wish there was for goodness sake but no, I never got that glimpse of awareness gifted to my consciousness and if I did; what could I really do with it at that age, how would I be able to explain to anyone what I was experiencing and convince anyone I was dying inside? All I knew was that I felt this incredible fear, never felt happy and never really questioned it.

I was not diagnosed till I was about 20 years old. When I was first diagnosed I laughed in my psychiatrist’s face and walked out. I didn’t even care if it was true or if it wasn’t, I was so high and life was great; what did it really matter? I can’t even remember why I was there in the first place to be honest. I spent most of my life on an impulse; using drugs and alcohol and craving danger. I had so much rage in me as well that if I was provoked, I became the danger. I was depressed at times but it meant very little because I was always on drugs. I spent ten years drinking and drugging to keep my disorder suppressed; re traumatizing myself and being traumatized in various ways that almost took my life till one day, I had enough. I decided to get sober and the breaking point for me was when I overdosed for the second time on methamphetamine; the first time was on ecstasy. This particular overdose brought me to the huge realization that there was something extremely wrong within me and I needed help.

Six months clean and six months after my second overdose, I developed something called agoraphobia; the inability to leave your home due to feeling unsafe. How ironic that my inner child that I was completely unaware of at the time; felt unsafe and brought me to a diagnosis of agoraphobia. I just woke up one day and was not able to go outside my house without my stomach hurting and the attack of unmanageable fear that stopped me every time. This went on for a week and then I decided I need to go to the ER as soon as possible because this was not ok; I was not ok and I did not understand what was going on which created so much fear in my mind that I could not describe to you what that felt like for me with actual words. When I arrived; I was seen by a psychiatrist and was diagnosed again with someone who has PTSD, agoraphobia and BPD. This time; instead of laughing, I thanked god they had a name for this experience of mine because I was so bloody afraid. This was truly the birth of my recovery and the beginning of my new life.

Today; I am six and a half years clean and have spent seven years in various long and short term therapy programs to recover from the horrific anguish and suffering inducing disorder. I spent seven years in CBT, DBT, EMDR, Bioenergetics, Psychotherapy, and various recovery groups such as NA and AA. Today; I am a police foundations graduate, in my third year of university for child psych. and I am happy, recovered and using my experiences to help others. I am a huge huge passionate advocate and spend all my time spreading awareness, teaching, learning and writing.

Do not give up. Do not look for others to save you but save yourself. Learn as much as you can about you, life, and the mind. Keep asking for help and do not take no for an answer. Be your biggest advocate even though you are your worst enemy. Fight the good fight and know you will win and I promise you; you will and when you do, I promise you, you will know it. DO NOT GIVE UP. 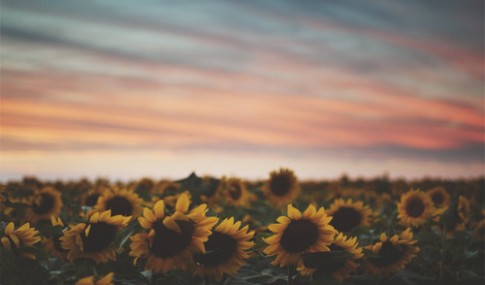 I felt unsafe and it brought me to a diagnosis of agoraphobia. I just woke up one day and was not able to go outside my house without my stomach hurting and the attack of unmanageable fear that stopped me every time.