As a child, I was extremely shy; always hiding behind my mother. As I grew older, the shyness never fully went away. It always haunts me in some form or another. I would get embarrassed when it was time to say “here” during attendance; always filling with anxiety when I heard a teacher say my name. I never raised my hand or spoke a single word in class. Having to present in front of my fellow peers was overwhelming. My anxiety made me shy and my shyness gave me anxiety. During high school, I always wanted to lay in bed and sleep. Everyone thought it was my anxiety. As I got older, everyone just assumed that I was lazy. It all came down to the fact that it was pure laziness. Nobody ever believed me that I was always tired. It was and still is in some way hindering me in my daily life. My “laziness” makes me feel as though I am incompetent and inadequate to do anything. It has taken a toll on both my mental and physical health. It became too much when I finally became mature enough to realize that something inside of me was always holding me back. That something is what we call anxiety. My exhaustion also became too much for me when I started skipping classes and bailing on commitments. I couldn’t escape the exhaustion no matter how much I tried. It was more than ever weighing me down… Mentally and physically.

I never really got professional support for my anxiety because I never really admitted to myself until now that I have it. My friends and family never really saw it as anxiety; to them I was both lazy and shy. If I bailed on friends, I was lazy. If I bailed on an interview, I was shy. But in reality, it’s more anxiety than it is shy. It is more exhaustion than it is lazy. Now that I am aware of my anxiety, I try not to let that stop me. I have been trying to get out of my comfort zone and I feel like that has helped me a lot. As for my exhaustion, I finally convinced my parents that I should do a sleep study; I have a sleep disorder. A disorder that makes it impossible for me to get quality sleep when I am interrupted more than 5 times per hour a night. It is not my anxiety. It is not my laziness. I am simply exhausted and I am currently working on fixing it.

At some point throughout college, I became more confident in myself and more outgoing with friends and family. I was still that shy little girl in class but I didn’t care because I improved so much in my personal life.

My life is pretty great right now. I have an amazing job that I am proud of myself for not letting my anxiety ruin. However, my anxiety still hinders me to an extent but I’ve been ignoring the fact that is exists; I do not want it to affect me any longer. I have also just returned from living out west for a month, which was definitely out of my comfort zone but I am so happy that I did it. It has helped me to realize that I can conquer my anxiety on my own and that I should not let it hold me back.

For people who are having a tough time and for everyone in general: help is out there. Most importantly, there are people out there who want to help. Do not hesitate to want to make a change. Make a change for the better. Don’t ever give up. Find an outlet to channel your frustrations, anger, sadness, or other feelings. Write in a journal, play your favorite sport, listen to your favorite music. Outlets can be anything; utilize them. 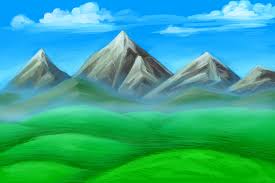 My "laziness" makes me feel as though I am inadequate to do anything. It has, in some shape or form, taken a toll on both my mental and physical health.