Living with Migraine by Shannon , Age: 20

I was involved in a lot of activities when I was younger – I practiced Kung Fu and Tae Kwon Do, played the alto saxophone, drums, guitar, and piano, was one of the best goalies in my travel soccer league, was the first girl to sign up at the local skate park. But I was born to a mother who spent the first eight years of my life with undiagnosed bipolar disorder and rarely got off the couch, and a father who is a pilot and was never home. In 2003, she was diagnosed with Bipolar 2; the same year I was diagnosed with Migraine.

This diagnosis is what changed my life. I remember the first sign something was wrong when I started self-harming at age 11. My migraines were manageable at first, but that was before I was diagnosed with Chronic Migraine in 2008. This qualifies as 15 headache days a month, 8 or more of which are migraines. That’s when the self-harm got really serious and has been an issue all the way up until now. My parents were oblivious for 6 years. I managed to stop for just over one full year, but that wasn’t permanent.

I was forced to drop out of high school before it was even legal to because my school refused to make the necessary accommodations for me to get an education while dealing with chronic migraines. Instead, they tried to place me in alternative education where they stuck the kids who didn’t show up to school because they chose not to. I refused to do this, so they sent me to a tutoring club – as if I could make it there after school hours instead, but still with a migraine. They thought I was full of it, so I stopped attending high school just before my 15th birthday and waited two years to turn 17 and get my GED, which I did not want. I was probably one of the very few kids in my high school who really did want to learn and this is something I still struggle to accept.

I would say the first kind of help I attempted to get was through a neurologist right when I was first diagnosed with migraines in 2003. I was told I would be a guinea pig until we found something that worked. I saw several different neurologists and I was hospitalized more than once for migraines. I pumped full of morphine four separate times before I was 17 for over 3 week long bouts of pain. I was prescribed medication for migraines that then caused polycystic ovarian syndrome – a hormonal disorder that causes depression and anxiety, as well as inappropriate masculine features in women. As you can imagine, this just boosted my self-esteem through the roof.

My first help with depression came the same year I was diagnosed with Chronic Migraine. I was prescribed Prozac at first, which made my migraines much worse, and told to see a therapist. No, it did not work.

Things started to change for the better when I met my second therapist. This woman, may she rest in peace, made such an impact in my life. Because of the isolation from the people in my town due to my migraines, I met my now boyfriend of nearly five years online. She helped me make it through the difficult months of waiting to turn 17 to take the GED test and move to Maine to be with my boyfriend as well as start college. While I ran into very similar problems at this school as I did at my high school, (they did not have a disability coordinator so the Dean, who knew nothing about the ADA, was “dealing” with it. I failed my courses because they, too, couldn’t make the simple accommodations to the attendance policy that I needed), I was not nearly as affected because everything else in life was so new and fresh. I spent 2 years in Maine until my boyfriend and I decided to move back to Connecticut because as it turns out, he has family here too.

Now, I have managed to pass a total of 14 college courses and am currently going to school both in person and online. I’m studying horticulture and pursuing a floral design certificate online. I’ve had a few jobs, only one of which has been affected majorly by migraines. I’ve learned that I am always going to run into people who do not realize Migraine is a disease, not just pain. It is not just a headache – I cannot drive, eat, open my eyes in the sun, bend over, or think of simple words for that matter. I see auras and it’s like someone is like someone setting off a fireworks display three feet from my face. Because of this, I’m working towards owning my own business. My boyfriend and I would like to have a farm or a nursery down in Florida someday.

However, I was hospitalized last month for depression and I am in an intensive outpatient program to learn how to deal with the thoughts and feelings I’ve been having. I’ve come to this website to make sure that one day, I will own my own business. To make sure that I’ll make it. 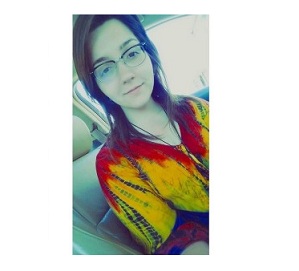