When I was 12, I was diagnosed with manic depression and anxiety. 2012 was the year that would change me forever. It started out with becoming more and more isolated, not going to school, and not ever wanting to leave my house. I was 12 years old when the sexual abuse from my step-father started. This man was the same one that had raised me since I was 2. He was the only man I ever thought of as a father since my real dad was long gone by the time I was born.

It started out with touches, a little too close to my private parts, then it started with kisses and sneaking into my bedroom at night when my mom was asleep. I was terrified.He threatened my family against me, my brother and my sister and I figured, it was better that he did it to me, and not my younger siblings. It went on for 3 years after that. I started smoking cigarettes when I was 13, smoking pot at 14, 2 suicide attempts at 14, 3 when i was 15. I overdosed multiple times, dying only twice, only to be brought back.

I kept silent about my father, i wanted to protect my family and I felt embarrassed of myself, i didn’t know what to do or how to do it. I thought killing myself would end everything, so i tried, only to end up in a mental hospital for a couple weeks, then released back to my personal hell that no one knew about.

October 27, 2015 was another date that I tried to kill myself. I was unsuccessful. On the 30th while i was in the hospital, i let the secret slip about my dad. I wrote it down on paper and i told my doctors and things finally started to look up. I was so wrong. The same day i confessed to the sexual abuse i was put through, was the day that my dad killed himself in my family home. My mother was the one who told me. It was 2 days later when she found him, 2 days later when she told me at the hospital. I remember screaming the word no over and over again, crying until my face was purple.

I remember the nurses trying to comfort me but they couldn’t, they didn’t know how. I remember being so confused and hurt and angry. He got away with everything he did to me, and I had to suffer alone. I got out a couple weeks after that, and my family had lost our home due to the expenses of the funeral. We got onto welfare and had to move into an apartment, and it wasn’t too bad. Slowly, my mom started to turn cold and violent towards me, degrading me whenever she was angry, and leaving me to watch my younger two siblings.

It is now July, I have moved in with my grandma, who has always loved me no matter what, and who has always listened and believed me. I am 16, an age i thought i would never reach. Ive been diagnosed with PTSD, SAD and Bulimia on top of my manic depression and anxiety, but I’m taking medication and getting support from counselors. Nothing is easy, ever, but I am learning how to survive.

At first the support i got was something that I would push away all I could. I hated the idea that I needed help, and I would refuse it at any point i could. Slowly, i stopped being so stubborn and i let them help me, and i feel much more stable now than what i did.

Recently I have started to eat better, do more meditation and exercise and I have started to talk to people more and get out of the house. Moving in with my grandma was also a huge turning point. I feel like I am in a safer environment now than what I was with my Mother.

Well, I am now producing an album coming out august of 2017, and I am just, so excited that I have the ability to do this. I am so proud of myself for pushing myself towards this future.

I wish I knew that the only thing holding me back, was myself. I was the one stopping myself from truly living, and I wish I had never limited myself to staying home and sulking in my sadness and wondering why my life was like this. Go out there, and make friends, do stupid things and be a little reckless. Just live. 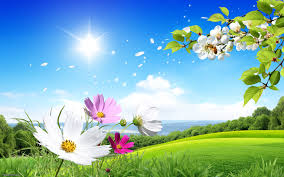 I wish I knew that the only thing holding me back, was myself. I was the one stopping myself from truly living, and I wish I had never limited myself to staying home and sulking in my sadness and wondering why my life was like this.