I was 20 years old when I had my first major manic episode in the spring of 2011 while I was going to school in California. Looking back, I know now that in the fall and winter of 2010 I was really, really depressed. I had such a hard time keeping up with my schoolwork that I stopped seeing my friends on weekends to try to catch up, but I could never concentrate on the reading and would just spend night after night crying. I remember sitting in a hallway before class one day trying to come to terms with the fact that I hated myself and that I just had to live with that feeling.

Then there was a day in early March when it all flipped. I woke up one morning and saw sunlight for the first time in months I felt good about myself and confident for the first time in months and everything seemed to be going my way. It got better and better and better until it was no longer in my control. Unfortunately, my student health services center didn’t catch the severity of my symptoms, told me I was just stressed out by “finals” and left me to my own devices.

Eventually, my parents figured out that something was really going wrong and my mom flew out to help me come home. Within 36 hours of returning to Connecticut I saw a psychiatrist who called 911 from her office and had me admitted to the hospital where I was finally put on medication. After I was released from the hospital, I felt like I had to relearn how to do everything. I was on a heavy dose of Lithium, sleeping 14 hours a day, and totally unable to function.

Luckily, I found an amazing therapist who helped me process some of the traumatic things that happened in the two months I was manic and I still work with her today. It was awful to watch my friends go back to college in the fall and be stuck at home. I still was really struggling. I convinced my parents to let me return to California and we looked to my psychiatrist for the final approval. Her advice I’ll remember forever, “We’ll never know until we try.” When I went back to school my ability to read had not improved. In order to study, I began skipping my medication and fell into a spiral of instability. I began to experience suicidal ideation for the first time in my life. I didn’t have a support group or even a psychiatrist set up in California to catch me when my life started falling apart. My mom came out to rescue me, got me on a new medication and working with a new doctor, and helped me pull things together. However, I failed all my classes and decided to leave school again. I struggled with periods of mania and depression. After two years of struggling to keep everything together and a couple brushes with suicide I decided to move back home and try something new.

The major turning point of my illness came when I was referred to a psychopharmacologist who saved my life. Within five weeks on a new mood stabilizer I felt better able to cope with my emotions, and after months of tweaking and fine-tuning we finally found the right cocktail of medications, old and new, that controlled my symptoms. I’ll never forget the radical change I experienced just this past year when I started taking an anti-depressant that actually eliminated my depression and anxiety. I felt my ability to function shifting and growing. For a while I didn’t believe it was real and feared it was just a brief period of hypomania that would come to an end. Yet everyday I feel myself growing more stable. I’m making plans to take a class or two at a time, looking for a part-time job, and dreaming about the day I can go back to California to finish my degree. It all seems possible because I finally know that this illness is treatable and manageable.

There is a saying I love that has stayed with me throughout my experience with my illness: “In the midst of a seemingly unending Winter, I discovered within myself an invincible Spring.” This past spring has been an amazing rebirth. Slowly I have grown stronger, clearer and better able to direct my life. I’m working odd jobs and saving up money for a trip to Spain at the end of the summer. I’m teaching myself how to play the guitar. I go for hikes and ride my bike to the beach. I spend time with my family and friends.
In many ways my life is like many other people’s lives my age. But there are aspects of my life that are different and that I no longer fight. I take my meds every morning and night without fail. I see my therapist twice a week and my psychopharmacologist twice a month. I’m 23, I’m not completely financially independent, and I still live at home with my parents. But I don’t play the “Why me?” head game, because it’s a game I’ll always lose. I never thought that Bipolar Disorder would be a part of my life. My soul has grown from this illness. My compassion, my empathy, and my courage have been ingrained in me for all time. I realize now that my path to what I want in this life is just a little bit more unpredictable.

The biggest lesson I’ve learned from my illness is to have patience. When Bipolar Disorder took over my life I thought I had been thrown off track and would never catch up. I rushed through my recovery, partly out of ignorance and partly out of fear that this illness was going to impact my life in ways I didn’t want it to. If you don’t think your medicine is working, find a doctor who listens to you and who you trust to give you the best care. You are ultimately the only person in charge of your mental, emotional, and physical health. Become an expert on your illness, not just theoretically but experientially. Build your awareness of your symptoms, behaviors, triggers, and habits. Don’t give up on yourself or on your treatment. It took me three years and four doctors to find medication that really made an impact on my illness. Be patient, gentle and kind with yourself. Have gratitude for all the people in your life who support you and forget about the ones who don’t understand. Believe in yourself and your ability to endure. This is just the shadowy preface to your incredible, unfolding story. 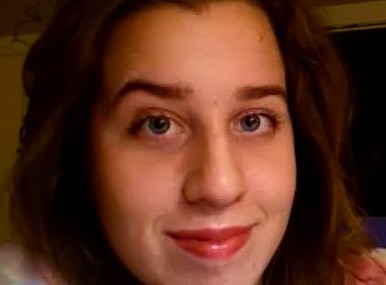 The biggest lesson I've learned from my illness is to have patience... I rushed through my recovery, partly out of ignorance and partly out of fear that this illness was going to impact my life in ways I didn't want it to.