I grew up in a city whose sole mission, I felt, was to never let me escape. I received substandard education, in addition to having to deal with social and economic issues. I felt like I was not performing to the best of my abilities, it seemed as though even the education system did not want me to succeed. I will never forget the moment Freshman year when I was told that I would never attend college and therefore should give up on school (this coming from a teacher, mind you).

Moving forward, Sophomore year was not any different. I still received the lowest quality of education possible while still having to deal with the misconduct and drug issues that plagued my school. Not to mention, I am really into theater, and my school including peers, did not support my love. The drama club consisted of a small group and we performed for a small audience (mainly family and friends). But there was never any true support.

I knew coming into the end of Sophomore year that I no longer wished to stay at that school. But that decision only became clear when I started to receive threats (for what, the world will never know). It was then that I knew that I had to get out of that school system for not only my safety but also my future (I actually care about becoming someone in life).

I was lucky enough to get into a program that allows students from my city to attend schools in more affluent communities. I was able to get a spot at, what I think, is the greatest high school in Connecticut.

Coming into this new school for my Junior year was terrifying. I felt completely alone, I mean I really was alone since I did not know a single person at this school. Moreover, I was very behind on my education. I spent months trying to catch up with my peers, I did eventually but only after much effort.

But despite the struggle of catching up academically and making all new friends, I must say that it was all worth it. My quality of life and education now is not even comparable to what it was before.

I also sought solace in the theater. I am a firm believer in the idea that the arts can provide social and emotional help to all who seek it. I continued to do theater at my new school (a school in which theater is completely supported and one is not persecuted for associating oneself with theater).

I think a real turning point in my life was when I started attending my new school. I have had the best two years of my life there. I spent Junior and Senior year there, and I must say that it was two years too short.

I met some of the best people in the world, and I have made immense amount of friends that I know I will treasure for the rest of my life. The experiences I have had are nothing but positive. I cannot begin to explain how much I love my school.

It is funny, people tend to hate their high schools and wish to leave as soon as possible. But for me it is the complete opposite. I love my school so much, and if I could do it all over again, I would in a heartbeat.

My life now is not even comparable, as I said. I love the person that I have become. I am more understanding and compassionate with others–more open minded. In addition, I am definitely prepared for college. In the fall I will be attending the Honors Program at an excellent school in the West studying Psychology with a pre-med track. I want to be a psychiatrist. I am super excited for my future endeavors.

I spent more than half of my childhood in a system that did not wish to see me succeed. I felt trapped. But what got me out was my own doing. I did not sit and wait for something to land on in my hands. I sought it myself. I knew where I wanted to be, and I got myself there. Of course, we all go through obstacles in life that warrant a little more help from others than ourselves. But that initial feeling to seek help, needs to come from within. Often times, we tend to feel as though we are a very small part in a huge machine that is the world. But if every little piece does not function properly, than how can the machine as a whole function? You are worth it, you are powerful, and you surely can succeed. Do not let anyone tell you otherwise. Had I listened to that teacher freshman year who told me I would never attend college, I would still be at my old school probably giving myself up to the misconduct and drugs. Lead your life the way you want it to be. Never let socio-economic issues stand in your way. If anyone ever tells you that you cannot succeed and you might as well give yourself over to the statistics, you simply say “Thank you, but that is your prerogative. I am someone, and I will beat the odds.” Aside from all of the negativity, there are people who wish to see you succeed, and there are resources to help you reach success. You can do it. I believe in you. Godspeed. 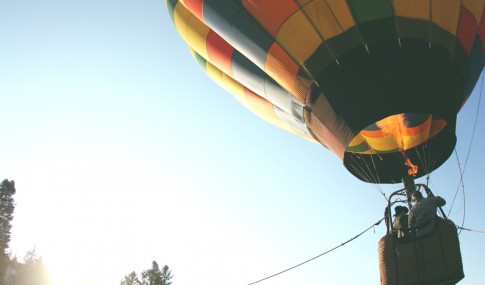 I also sought solace in the theater. I am a firm believer in the idea that the arts can provide social and emotional help to all who seek it.