Finding a Way to Heal from Depression and Anxiety: Elizabeth’s Story , Age: 24

For as long as I can remember, I have struggled with anxiety and depression. I will often spend hours in my head; sometimes feeling trapped with obsessive thoughts. As a kid, I had phobias of dogs, the ocean, bees, vomiting; just about everything. Social situations tend to generate lots of fear (some of which can be contributed to my Asperger’s).

Throughout elementary, middle, high school, I was with many of the same friends, and though I dealt with anxiety and depression, was able to do fairly well. I went off to college, a new environment that produced more anxiety, and by my junior/senior year was dealing with an eating disorder. I had struggled with my weight on and off for many years, and what began as an attempt to lose weight healthily, spiraled into obsession and an eating disorder. Soon after, I discovered alcohol and realized that I loved the feeling of drinking and getting drunk; to the point where I was always thinking about drinking and prioritized it over my schoolwork.

I graduated college, and was feeling incredibly lost, had no direction, and no hope. A little over a year after graduating college, I was suicidal and was hospitalized. Now, 2 years later, I am 18 months sober, working full time, and seeking out new adventures.

When I was 10, I began seeing a Psychiatrist for therapy and medication. She has helped immensely over the years and I still see her today. In college, had some sessions with counselors at the student counseling center, but I did not fully open up to them and so they were not useful. I went to two outpatient programs, for the eating disorder and alcohol use, as well as a residential eating disorder program. All of them were beneficial in hindsight, but I was somewhat resistant at the time.

I would say there were two turning points. The first was when I left the residential eating disorder program and went into an outpatient program. Although I didn’t change overnight, I believe it was immensely helpful at helping me open up and be honest. About six months later, I stopped drinking. This, I identify as the second turning point. It was terrifying to stop drinking, but over the last year and a half, it has made such a difference.

Life is generally stable these days. For the first time in many years, I feel hopeful on a daily basis. I am working full time for an educational consulting/tutoring group based in Greenwich, Connecticut. In the next year or so, I would like to continue becoming more independent (moving out of my dad’s house is a major goal). Hopefully I can continue to figure out my interests and hobbies. I would love to explore different paths to go with my math degree, and I also want to take rock-climbing lessons.

I would say that it is best not to let whatever you are going through build up inside. I know how it can be REALLY challenging to find someone to talk to, and also challenging to open up once you have a person to confide in. It can be difficult to ask for help (I still find it difficult to ask for help). However, it is worth it, and people want to help! 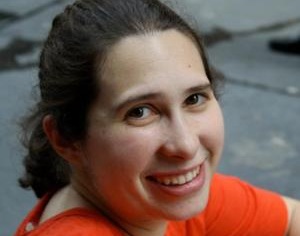 Social situations tend to generate lots of fear (some of which can be contributed to my Asperger's).