I struggle with Schizoaffective disorder and it became too much when I was in high school. I was about 14 when I began experiencing symptoms of depression and anxiety. It became too much when I was a sophomore in high school. I couldn’t seem to get my assignments done and I was losing focus in class. It became so overwhelming I was outplaced in a therapeutic school. When I graduated things started to get worse. I spent some time in a hospital due to a suicide attempt and had to drop out of college. I started to deal with mania and psychosis soon after. Currently I am working on recovery and trying to reach certain goals to become functional in society.

I started with basic therapy but that didn’t help much so my therapist recommended I take DBT. At the time, my depression made me reluctant to view help as hope so I didn’t get much out of it. When I went to the hospital they also used DBT. This time however, I was more open to trying it out. Some tools I learned helped me get through my hospital stay. I still use some of those tools today. I was also tried on several medications that didn’t do much for me but luckily I have found a medication that works for most of my symptoms.

When I received the correct diagnosis and changed therapists is when things started to get better. When my diagnosis was changed I was given different medications that made my life more manageable. During that time I was able to leave the house and do things that I didn’t have the motivation to do before.

Currently, my life has been like a whack-a-mole. When one issue is resolved another pops up. It is definitely a struggle but I haven’t given up hope. I’ve been able to develop tools that are very therapeutic for me such as baking. I am working towards overcoming my fear of the outside world and finding a future for myself.

My best advice would be to reach out to someone even if you feel like there is no hope in getting help. As alone as you may feel in the moment, there are others who can relate. I wish I’d reached out earlier and expressed what was on my mind. No one can read your mind so you need to speak up. When someone is trying to help you it is important to be as open and honest as possible even if it hurts. It’s for the best because in the long run it will benefit you greatly. 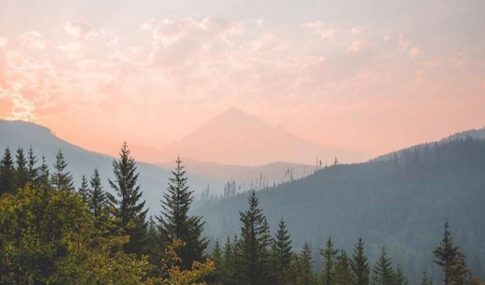 I struggle with Schizoaffective disorder and it became too much when I was in high school. I was about 14 when I began experiencing symptoms of depression and anxiety.