Maddy O. Talks About the Hard Times In Her Past , Age: 18

In middle school, I got sad and stayed sad for a long time. I had no idea what was wrong with me or why I was never happy, I thought it was just how I was. My parents fought a lot and I was always an outsider so I just assumed I was sad. The summer before high school, this unhappiness translated into an eating disorder, I wanted to look like the other girls in my class and the years of rude comments about my weight had taken their toll. I started school in every advanced class my school offered for a freshman, because that’s what you do in the upper class college-centered town I’m from. I was academically and emotionally overwhelmed and my self-hatred spiraled into cutting and my peers accused me of doing for attention, which was true. I wanted people to see how miserable I was, how miserable the world had made me. It physically pained me to live, I felt like I was in slow motion and every breath was hindered by some invisible weight on my chest. My family was frustrated because my depression was like a black hole, dragging in everyone around me. The only place I could vent was online, because I didn’t have any friends left in real life who weren’t tired of my complaining. I posted on my blog how miserable I was in school and I just wanted death to come.

A girl in my school printed out basically all of the previous week’s posts on my blog in which I constantly spoke of suicide and gave it to my school guidance counselor. From there I had the school social worker call 211 on me, where I was assessed as a danger to myself and hospitalized. I was diagnosed with major depression and anxiety. I talked my way out of inpatient care within three days because I had this really convincing way of smiling and pretending everything is okay that I had perfected after years of lying to anyone who asked. Another suicidal episode a few weeks later landed me back in state care for another two months of outpatient treatment.

My life only really changed a year after the initial hospitalization. I was able to walk out of that program every day and think it was all bull. After getting on the right combination of medicines and therapy was I stable enough to move on with my life but, I think only when I got a job did I really become happy. I met new people and made friends, which translated into a self-confidence which I never had before.

It’s been four years since my first episode and I’m finally happy. I’m going to a top tier college next year and I was in my school’s homecoming court but more importantly, I’ve found satisfaction in my life and confidence in who I am. I helped my friend create a club within our school to erase the stigma against having a mental illness. This year we got 12 students certified in Mental Health First Aid to help other students in crisis and were able to talk to all of the freshman about mental health. I’m going to major in psychology and I hope to educate more people about the importance of maintaining their mental health.

Depression is real. And it sucks. Any mental illness needs to be addressed and while care can be hard to access, the fight is worth it; you are worth being helped. 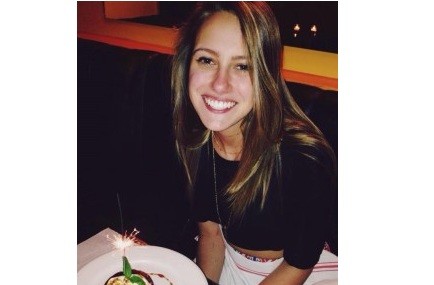 The summer before high school, this unhappiness translated into an eating disorder, I wanted to look like the other girls in my class and the years of rude comments about my weight had taken their toll.