Luca’s Story of Fighting Against Addiction and Mental Illness , Age: 17

From the age of 13 I began to combat developing feelings of Depression and Generalized Anxiety. I grew up in an Upper-Middle class family, in a nice area, I had loving parents that got along and followed the rules. However, regardless of my fortunate atmosphere I started to feel things I’d never felt before. Following were self-mutilation, sleep deprivation, and good ol’ Psychiatric Hospitalization. It was a progressive disease developing in my head in which I had perceived was slowly rotting my brain. A hopeless case of defeat in which there would never be a cure for the sickness in my brain. I was introduced to Marijuana around the age of 14, and boy did that help me out. If I was bored, I could smoke, if I was mad or sad, I could smoke, if I was happy, then let’s smoke!!! Like any other teen I had my justifications, “It’s a plant, they use it for cancer, it evokes creativity, it’s going to be legal soon”, I didn’t understand that without it, I was defenseless against my thinking disease, and in the process unleashed a new one, the disease of addiction. I told myself the boundaries were limited to pot, my addiction told me that it was okay to drink, use tobacco, do whip-its, and then gradually intensified from there. If I didn’t have a way to get high I needed to find a way to, I started rummaging through family member’s pill cabinets, swallowing painkillers and muscle relaxers, stealing money from family to feed my addiction. Of course, at the time I was under no impression at all that I may have any sort of “substance abuse” problem. People told me I did but i didn’t see what the big deal was, I was just doing it for fun, I was just doing it because I like the way it felt, why can’t everyone just get off my back?! Well little did I know, the absence of drugs would push holes into my brain and heart, and when i would get high again it was to temporarily fill those holes for the time being. My diseases progressed with time, morphing into one evil that was separate from myself, a being that took over me, that was very clearly who I had been or was on the inside. My imagination took a sharp turn into sadistic thoughts powered by nihilism. I began to imagine different scenarios of me killing myself, every, single, day. This escalated until I found any excuse to get high, because it’s the only state I felt comfortable in.

Unfortunately for most teenagers and young adults, we are all very ignorant in our ways still, and it usually takes a significant event to change our minds about something. For me, it was the way my actions through using drugs (and alcohol) affected the people around me. It took a while, and those people got hurt so many times, but eventually I began to experience the feelings of selflessness. The pain that I caused around me opened up my eyes and allowed me to finally realize that I wasn’t the only one who was affected by my using. From there, I knew it was time to address my addiction.

My life, is amazing now, I would have never imagined making the process I have so far in the short amount of time that I’ve put work into “recovery”. My mood is much more stable, I struggle with depression and anxiety MUCH less and at VERY little amounts of intensity. I can be trusted by my family and friends again. I don’t have to worry about leaving my phone out unattended. I’m so proud of myself for making a turn around in my life, especially being only 17.

Empowerment, you need to feel powerful. You need to gain a sense of control over your life, you need to feel confident in the words “I can do this”. Sometimes you need to hype yourself up, sometimes you have to listen to some energizing music, or drink caffeine, or sometimes….you just need someone to give a pep talk for you. I still do it all the time, “Hey Rob, I know this is gonna sound weird, but can you give me a little pep talk? I need somethin to get me goin”. 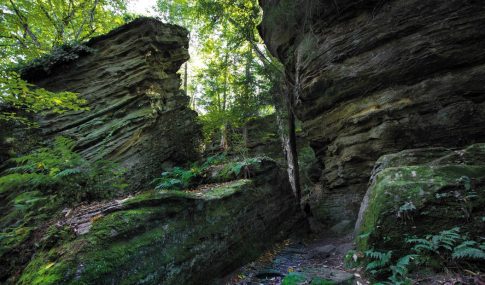 I can be trusted by my family and friends again. I don't have to worry about leaving my phone out unattended.