For many years I struggled with fear, shame and internalized homophobia. When I approached 14 years old I began to realize that I was different from the people around me.

But I had this mentality that there was no way I could be gay, it had to be a phase and I had to get rid of it. High School in Jamaica, where I am from, was hard. All my friends were talking about girls and I didn’t want to.

In society, in high school and in my home there was no place for being gay.

My father strongly believed that it was a sin and that gay people should be killed. I felt trapped. I was virtually caged in. I had no conviction that who I was OK, and day after day I tried figuring a way out.
To some extent I felt as though I had to do things to please people, so I worked really hard in high school and strived for the very best grades; that way I could distract people from my sexuality.
But I never felt complete; as I grew older people started figuring things out and I had to lie. By lying, I created a wall around me, I became introvert and I lived with guilt. I felt wrong and disgusting and I didn’t want to go on living.

When I reached 20 years old, I emigrated here and I made up my mind that I was not going back. Before I moved my father attacked me with stones and machete and I knew that my life was at risk.
While here in the United States, I stayed with some family but then they began to have assumptions about my sexuality so I reached out for help. I was struggling with depression, anxiety and suicidal thoughts. I was then admitted in hospital.

For seven days, while in the hospital, I saw my life changed.

For the worst part, I lost most of my family and almost everything I had. When I left the hospital I only had the clothes I walked in wearing.

Nevertheless, I gained what I didn’t have, ‘freedom’. I was moved to a shelter and I reached out to the Triangle Community Center that showed me the way to get around and find necessary support. It was a scary experience. At the time, I hardly knew anyone and I had no money to get around. But I constantly reminded myself that I was out and safe and I had support, which were the most important things.

I started going to counseling sessions and I was able to develop personal relationships and meet good people were able to give me the right advice.

Since being on my own for the last eight months, I have developed a passion for life and to be creative. I have been able to find supportive housing and I have applied to college with the hope of starting next fall.

I have also met many amazing and genuine people through these last months and I have managed to remain positive about life and continue dreaming about accomplishing and achieving great things.

To anyone who may be going through similar struggles; remind yourself first and foremost, never to give up, no matter what… No matter what people think about you and no matter what society says.
Find that strength within you to believe in yourself. Create your identity, respect and embrace it. You were created to be you and the very best you that you can be.

It was bravery that got me where I am today. I believed in myself and that’s something I wish I could tell my younger self. 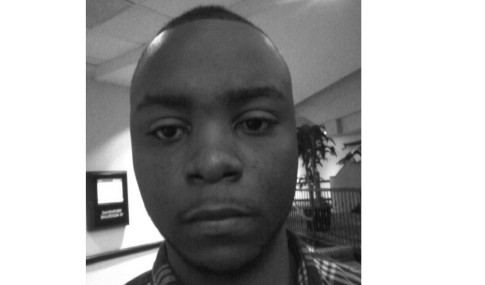 I was moved to a shelter and I reached out to the Triangle Community Center that showed me the way to get around and find necessary support.