Katerina: Her Story on Coping with Emotional Distress , Age: 25

Looking back now, I see that I was a whole lot worse than I thought. Essentially, I was nonfunctional though I don’t think anyone would have ever believed it from what they saw of me on the outside. The magnitude of severe suffering was masked by my perfectionist practices and behaviors. This mask provided the capacity for me to be a slow and steady ticking time bomb all through my highschool years.

Though down and out freshman year I was overachieving, barely sleeping, and plummeting down a hell hole of an eating disorder. Still deeply down and out by senior year, I was washed out and exhausted, no longer sticking to the perfectionism, but barely passing my classes, skipping days here and there, and having the pity-party audacity to leave school early because ‘I just needed to go sleep.’

To say the least, I was deeply depressed, and so nervous that my self worth had to be contingent on objective conditions. I don’t believe I have a chemical imbalance, rendering me to be bipolar, but to have gotten in to a behavioral cycle between depression & exhaustion and overachieving & perfection. It became too much when I would simply not go to classes, self medicate, and isolate.

The very first kind of support I received was in highschool when I reached out to my cousin, about 27 at that time. Her support was priceless, yet not enough for me to get remotely close to a brighter side of life. At 17, I began one on one psychotherapy, and continued to do so all through my college years through their counseling center. Though it did help, I was still short of reaching an ultimate low. After taking a medical leave of absence from school, I then got the pleasure to be blindly trusting of the mental health system to cure me. It was during these years of relying on the system to give the best, most intensive treatment that became most hopeless and sick. Their traditional model did offer a helping hand, yet a hand that held me down.

I have definitely perfected how to take 1 step forward, and 2 steps back. Many steps forward were turning points just as some steps back were as well…in the way of learning lessons the hard way. Among all turning points, exposure to Advocacy Unlimited and awareness of a recovery realm out there was the most concrete, sustainable turning point.

Today, I am shooting to work more in the behavioral health field, but it doesn’t mean I don’t still struggle. I am hypersensitive to being self aware. I help others while still seeking help for myself. I have emotional and tangible debri from the past that remains around my self to clean up. Picking up the pieces slow and steady is a process, and doing so bit by bit is a little accomplishment every time.

These key concepts help me now…concepts I would have considered a load of sh*t back in the day:

-To make changes with yourself and your life, a change in attitude must happen FIRST.

-The world runs off of energy in all sorts of forms; heat, electricity, winds, momentum, emotions, synergy, etc. When feeling lack of or low energy on the inside, there is always some source of positive energy externally available to absorb. It is one’s own responsibility to seek out that energy and open themselves to it.

-TALKING things out is the easiest way to prevent further escalation of emotional distress. 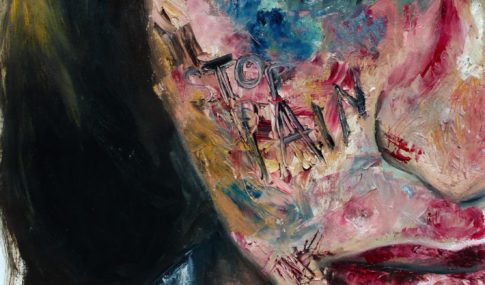 The magnitude of severe suffering was masked by my perfectionist practices and behaviors. This mask provided the capacity for me to be a slow and steady ticking time bomb all through my high school years.