Jessica’s Story of Becoming Stronger Than Her OCD and Anxiety, Age: 17

I have struggled with anxiety mostly but at times OCD as well. I realized it was too much when it stopped me multiple times a day. I wouldn’t be able to go outside if there was a cloud in the sky, or be near a friend if they coughed. An instance that I knew it had gotten too far and I needed to do something about it was when my fear of flying took over. My family was going to California and I told my family leading up to it that I was nervous because I hadn’t been on an airplane before and I did not want to go there because there can be earthquakes. My family thought it was regular nerves and kept pushing it off saying that I would be fine. On the drive to the airport I said out loud “I hope we get into a car crash so we can miss our flight”. Once we got to the airport I continued to say that I was not coming with them. They didn’t understand what I meant by that but for me I would do anything, and I did. We got on the plane and I sat down. I started screaming and crying saying that I wasn’t coming. Eventually the flight attendant came over and said it wasn’t fair for the other passengers for me to scream the whole flight and I had to leave.. So my dad got off the plane with me and I thought I was safe. Until he told me that we were going to try again. A couple hours later we got on another plane while the rest of my family was already there and the screaming, crying, and kicking off happened all over again. For years I missed more family vacations and opportunities because of this fear.

At first I would speak with my school counselor and I was signed up for therapy, Although this was better than no help, I wasn’t paired with the right therapist for me. I felt like I was treated like a baby and she didn’t understand.

A turning point for me was when I found my new therapist and got on the right medication. Although I still on a daily basis have to deal with my anxiety, I am now able to cope and manage it and it no longer stops me from doing things!

Since I had learned how to deal with my anxiety I have been able to accomplish so much! Although I still don’t love flying, I have been able to fly to 5 states, and 7 countries, no longer missing out on family vacations or opportunities. I am able to go outside when it is cloudy out and be with a friend after they cough. I have been on a ropes course and top of a building despite my anxiety towards high up things. I have been to a sleep away camp, a teen tour, and two month trip to a different country without my family. Although these adventures were still difficult for me, I was able to do it!!

I would say to keep working on it. I know that it may not feel like you are making progress, but you are! Keep working because you are getting closer to a place that you want to be! I wish I had known that my friends would support me. I had been scared to share my story with them thinking that they wouldn’t understand and wouldn’t be supportive but I was surprised at how many understood and had even been going through things similar to me. 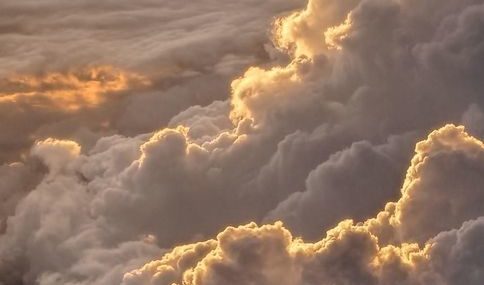 I have struggled with anxiety mostly but at times OCD as well. I realized it was too much when it stopped me multiple times a day.