Looking back, I suppose I first experienced symptoms around 9th grade. My serious long term boyfriend had cheated on me and I was devastated. Despite being hurt, I begged him to stay with me. We were in limbo for a while, and when he finally chose to end things with me I was extremely sad. I have a specific memory of being on a ladder and wanting to jump off die. Although I did not jump off the ladder, this was the first time I had such intrusive thoughts.

My ex boyfriend’s brother referred me to the social worker at my school. He came with me my first time because I didn’t know what to expect. I quickly formed a very strong bond with her, little did I know how much I would need her through the next few years of high school. After I got over the break up, things only got worse. The sadness and despair grew and grew. On the outside, I had the picture perfect life. I was an honor roll student, a varsity athlete, the president of my youth group, and I had more friends than I could have asked for. However, when I went home at the end of the day none of that mattered because in my father’s eyes nothing I ever did was good enough.I was criticized and degraded for everything I did. Eventually, any encounter with my father turned into a paralyzing panic attack. I could not move, speak, or even look someone in the eye. This could last anywhere from 5 minutes to an hour.

After one of the worst panic attack’s I ever had, I voluntarily admitted myself to the emergency room with because my father wouldn’t bring me. I was admitted to the inpatient unit and when I was released I was mandated to 3 days of group outpatient therapy along with individual therapy. I came home, but shortly after my father kicked me out. During the last 3 months of high school I was living with different friends and family. Unfortunately I had my senior prom and graduated high school without my parents, but my community at Hartford Hospital was with me every step of the way.

I am now a full time student at Central Connecticut State University studying Psychology. I am working at the National Alliance of Mental Illness in Hartford, creating support groups for young adults in recovery. I am living independently with my therapeutic kitty named Handsome.

I wish I knew that I wasn’t the only one suffering through these challenges. I felt so alone and afraid to ask for help, but when I did reach out everyone was there to help. 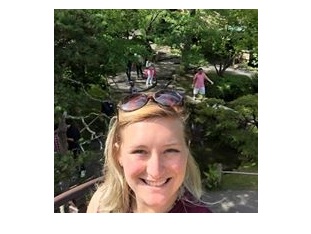 Unfortunately I had my senior prom and graduated high school without my parents, but my community at Hartford Hospital was with me every step of the way.