I have lived what most would recognize as a charmed life. I am an only child, I have two loving and supportive parents who are still married. I went to good schools, I was involved in gifted programs throughout school and I have always seemed to thrive academically. But no one has ever really known my inner feelings of depression, loneliness, crippling anxiety and my excessive stress overload that I bring upon myself. I am now, 24 years old. Throughout my childhood years, I didn’t think life could possibly be better. I had friends, a great family, school. But inching into my young adult and now early 20’s a lot has happened to me and it has affected how I view myself, others and the world as a whole. I had never been one for dating in school. Boys didn’t interest me and my goals were too lofty to waste time on meaningless relationships. That was until I met my first boyfriend. Joe. We met when I was 19. He was it for me. I thought we would spend the rest of our lives together. Have kids. Live somewhere fabulous. But that dream came to a startling halt. He started showing signs of aggression and abuse. Being that I was always someone who wanted to help others, I stayed, despite the mental and sometimes physical abuse. It progressively got worse. I kept telling myself he would change. It would stop because he loved me so much, he would never seriously hurt me. Well, he did. The ending of our relationship was a physical altercation that ended in his arrest and me going to the hospital. If this wasn’t traumatic enough, I was also pregnant at the time. I would later miscarry that baby and that would start my downward spiral into depression. After this, I played it safe with dating. I dated a few guys here and there but nothing of any serious nature. Then, my current husband and I started dating. He has a very colorful past and little did I know it would come into play in our marriage. It has recently come out that he has cheated on me while he was away for work. We are trying to work through this indiscretion but I am finding that it is almost impossible to do. Aside from that, we are in the middle of a custody battle from hell. His mother, (biological), has had guardianship of his daughter since her birth mother passed away when she was just a baby. His mother was supposed to give his daughter back after he was fully rehabilitated from his addictions and bad behavior after the mother of his child passed away. Well, this did not happen. She withheld his child from him, and he has had to take her to court to get her guardianship terminated. This has proven to be the worst possible idea ever. She has repeatedly tried to get us to end our relationship, she has tried on numerous occasions to get my husband arrested by making false police claims. She is an awful woman. The last 5 years of my life have been horrible. Full of anger, hate, sadness, and guilt. I feel like I am falling down a rabbit hole that I just can’t get out of.

I had thought that counseling wasn’t for me. I had put it off for years. Due to the recent chaos between my husband and I and his family, we decided to try counseling together. I felt that it benefited us for the better, but after a while, we started making excuses and ended our sessions.

I haven’t experienced any turning points yet. I am waiting for karma and God to take the wheel from me and allow me to do what I have been doing and trust that things will get better eventually.

I recently got hired at my dream job, so that has been a plus. My husband was granted majority custody of his daughter for now and we have a final court date this next month to hopefully get our daughter back 100% of the time.

Everything happens for a reason. If it is taking longer for you to reach a goal, that is because it isn’t the right time for you to have it, or you haven’t put in the correct amount of work to acquire it yet. Just be patient. Your life has a plan and whether you believe in a higher power or not, just trust that your life will work out. Be open to happiness, stay true to yourself, don’t ever change for anyone, and love yourself first. Above everything and everyone else. 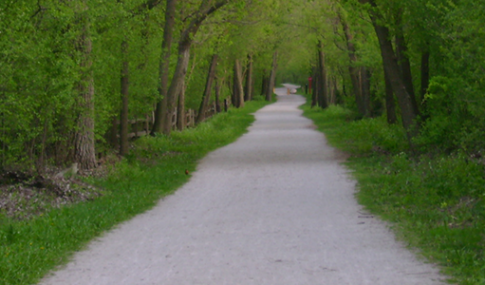 Be open to happiness, stay true to yourself, don't ever change for anyone, and love yourself first.