Finding Strength on My Own- SdL Age:18

What have you struggled with?

I’ve struggled with finding strength to deal with my on and off depression and anxiety throughout my life. Learning to cope has been a long journey. There is no doubt that, at times, I have lost control of my depression and let it rule my life. At my lowest point, I started to self-harm and thought about suicide.

Did you try to find support?

Part of my problem was that I’m not a very open person. I’ve always idealized about being able to do everything on my own. So, when I needed help the most, I was reluctant to reach out for it.

Also, for a while I did not want help. The numbness of depression was comforting and I hated myself enough that I thought I deserved it.

Only in the last two years have I begun to talk to people seriously about my depression. Reaching out has helped me more than I could guess. It has led me to a community of people that I can rely on and talk to when I feel myself slipping back into depression or feel overwhelmed by my anxiety. I also know now that there is nothing wrong with asking for professional help.

I had been depressed for about a year and I saw nothing different ahead of me. Almost every night, I had gotten into fights with my family over stupid things. I hated myself for being selfish and tearing my family apart and, somehow, I fell into self-harming.

One day, after I had self-harmed, the thought crept into my head, “wouldn’t it be easier if I just disappeared?”

The thought of suicide remained in my peripheral vision for days after but left me conflicted. When I was young, my 17-year old neighbor, with whom I was close to, committed suicide. She was someone I had looked up to, and her death still haunted me. The day she died was traumatic for me, especially seeing the effect of it on those that I cared about.

When I thought about suicide, I could not erase the memory of the grief that I felt when I heard about her death. I know that I was probably the last person she thought of when she committed suicide- I was just the girl she baby sat. However, I had seen the devastation of suicide and I never wanted to be the cause of it. I may not have cared for my life and felt that the people around me didn’t care as well, but I knew I had to be wrong. Someone would feel the effects of my death, I did not have the heart to put someone through that.

If I couldn’t continue living for myself, I had to continue on for them and at least try to make something out of it. Suicide was not an option, and the road to recovery did not end there but it saved me from doing something I could not come back from.

What’s your life like now? What have you been able to accomplish?

I am about to graduate high school this June and will be going off to college in the fall! I’m very excited about although I definitely have my moments where the anxiety of starting over gets to me. However, for the most part I’m happy with where I am.

In addition, I have an amazing group of friends who I can talk to and support me.

Finally, this year when I turned 18, I got a tattoo. It was something that I told myself in 8th grade I would do if I could get past the worst of my depression. Its something that will last even if my scars fade and it’s a reminder that I can get through anything no matter what.

What would you say to people who are having a tough time?

I know its cliche but don’t underestimate your mental power.

As a person who never reached out to anyone until recently, the hardest part of getting past my depression was finding strength on my own. What really brought me back from the edge was my own mental power.  Every time I wanted to say something negative to myself, I stopped myself, distracted myself, or told myself it was something normal.

This is an on-going process. You may feel perfectly fine one day and the next start to slip again. I’ve definitely gone through waves with my mental health but I try not to let myself spiral to far.

Depression is something that may always loom just behind you but you can definitely learn to live with it. 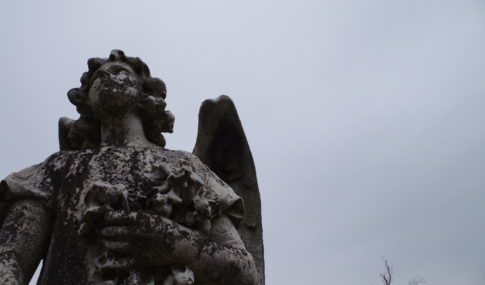 I've struggled with on and off depression and anxiety throughout my life. But the worst of it was in middle school when I did not know how to deal with my depression and I let it control my life.