I was always an active kid, but during my sophomore year of high school I took it too far. All but one of my classes were honors or AP, and I ran for two hours on weekdays with cross country, then swam for another two hours not long after. I never had a stress free moment. Eventually something inside me broke. I started to feel depressed, and by the end of the month I was suicidal.

My relationship with my parents was vital to my recovery. I told my Mom what I was feeling, and for the next few years, she advocated my needs to many uncooperative mental health professionals, and bludgeoned her way through mental health administration for me. My parents were willing to give up everything to bring me back, and I can never repay them.

I spent a few months bouncing between inpatient and outpatient services at Manchester Memorial Hospital, and actually got worse. After a terrible reaction to a drug and an even more harrowing withdrawal, I was barely hanging on, and was not safe alone at any time. The fine mental health professionals at Manchester Memorial Hospital revealed to my parents that they now believed I was not faking mental health problems to get out of school. They went on to say that with the severity and abnormality of my symptoms, it was likely I would be in and out of hospitals for the rest of my life. My parents were furious and sent my to Brattleboro Retreat for some real help. I was not happy about this.

The usual stay at Brattleboro Retreat is 6-12 months. I had only spent 3 weeks in the hospital at Manchester and that was enough to last me a lifetime. Even though I devised many escape plans, I never used them. Deep down, I knew I wouldn’t last a day by myself. I had a lucky break. after about a month, insurance said they wouldn’t pay, and I got to go home. At this point I was showing improvement, due to incredible med management. But the med mix still caused problems. I gained 80 pounds in a few months, I couldn’t pay attention whatsoever, and I almost completely ceased to have any emotions.

This caused some issues in school, and I was told I wouldn’t graduate on time. With tutoring, and a lot of hard work, I did. Toward the end of high school, my parents took me to a the Pfiefer clinic in Chicago. They specialize on creating custom vitamins to supplement the meds. After being on them a week I felt way better. I was able to go down on my meds, and got a grasp on mental clarity for the first time in years. Without the vitamins, I didn’t stand a chance in College. With them I continued to improve, and I did very well at Central Connecticut State University (CCSU).

The challenge I faced at CCSU was more social. I felt if people knew what I went through, they could never look at me the same way again, let alone be friends. So I didn’t talk to anyone. During the end of my Freshman year, my Mom forced me to take part of the WRAP (Wellness Recvovery Action Plan) program on campus. This exposed me to other students who also had mental health problems. For the first time since I started at CCSU, I felt like I could talk to people without worrying about being judged. Amazingly, after this I wasn’t as afraid to talk to anyone at school. I started to get involved more on campus, and made a few close friends. After that I still had limitations. I have fatigue problems that started about the same time as my mental health, and I still had problems with my body wrecking meds, but I began to enjoy my life.

I went to a physician and a therapist in the beginning, but I was way past that so it didn’t work. The hospital didn’t work for a bunch of reasons. Brattleboro did work because they had good doctors. Good doctors are the foundation of my support even today. It is absolutely necessary to get a doctor who thinks out of the box, and listens to you even when what your saying goes against accepted psychiatric wisdom. Which happens often.

When I started taking the vitamins, I was really able to build my life again. After a mental health crisis, you can never go back to who you were. Because of the meds, I never had it together enough to figure out who I was now, and what I was going to do with my future. I was stuck in limbo with no hope of leaving. I knew I could only take so much of a devastated, futureless life, and when I took the vitamins and was able to reduce the meds, I left that behind.

I graduated from CCSU in the class of 2015 with a degree in history. I would love to work in the mental health field full time, and I now have a part time job as a warm line operator. My fatigue problems make it hard for me to work more then 20 hours a week so, I’m trying to find other ways to support myself so I can be independent.

I would tell people who are having a hard time that you will not feel this way forever. If you hang in there, and keep reaching out for help even if you have not had any luck before, you will eventually get what you need.

I wish I knew how helpful peer supports are. I would tell myself to get into one ASAP. They are also pretty easily accessible. 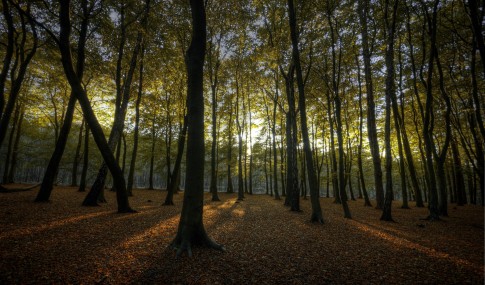 I graduated from CCSU in the class of 2015 with a degree in history. I would love to work in the mental health field full time, and I now have a part time job as a warm line operator.