I have struggled with post-traumatic stress disorder. I have also struggled while dealing with being sexually abused. I have also struggled with depression and self-sabotaging myself and also putting myself into isolation lastly I had a big problem with denial. It became too much for me when I was a mother of two children I found it was hard for me to even take care of my children at times because all I wanted to do was lay in bed. It became too much for me when I couldn’t allow my children to be around anyone, family included because I was sure that everyone was going to hurt them in the way that I had been hurt. I had not accepted my experience so in my mind I was just reliving it day to day. It was hard for me to even leave them alone with their father because I could not trust.

I had plenty of supports such as my aunt who was taking care of me, I had a therapist, I was involved in sexual abuse group with peers, I also had friends. I had social workers from the department of children’s and families from Casey family services.
Although I had great support systems I did not realize that everyone around was actually trying to help me so the supports did not work for me at first. I lied to them, I missed treated them, I isolated myself from them even when they reached out to me. In my head I was telling myself that I was alone, I did not work with them or accept any of their help. I had convinced myself that I was alone and I could do it on my own.

There was a turning point for me after about seven years of doing badly in every way possible. One person that I trusted very much reached out to me and I told her that I just wasn’t doing well and I was lost, I remember telling her how much I love my daughters and even though I knew how hard it was for me to lose my mother at the tender age of 7 and I would never want to have my girls experience that but I had just had enough and I didn’t know if I could go on anymore, the desire for me to live was gone. Then she told me to do a meditation course. At first, I thought what would meditation do for my life, how in the world could this help me, and then I thought well nothing is going well in my life right now anyway and if she believes that this can help me maybe it’s time to try it. I went to this meditation course given by the Art Of Living and I realized that I could be happy again. All the knowledge that they had given to me in that course on how to be happy was knowledge I had already known it was just buried deep under my trauma from the past. I went to another course shortly after called the Art of Silence and for the first time I was able to reflect on my past the trauma, the pain, all the while being in a safe space. Now for me, a safe space is a space where I don’t have to explain why am crying, I don’t have to hold in my tears so that my children don’t see them or anyone else, I can just be without having to talk, I can be within myself, that is a safe space. I was away on a college campus at Northeastern in Boston there were plenty of other people but we were all in silence and we were all healing. This was the first time that I had actually confronted and accepted my past. After that silence course, I decided to move on. When I came home I ceased all contact with people that were not helping me but further hurting me even though a lot of them were my family members, I knew that this was the right decision. I surrounded myself with those people that were helping me, that loved me, that were supporting me and I finally got back in therapy. Instead of denying my problem and denying my post-Traumatic stress disorder I was honest with my therapist and told him everything that I wanted to work on. I started admitting the truth and I continued healing.

My life is the best it has ever been since I was born I believe. I have two beautiful children that I’m able to love and take care of. I have a wonderful job working at Join Rise Be through Advocacy Unlimited. I am helping young adults to overcome their experiences, which is where my passion is. Since I started in recovery I was able to get my license and to buy my first car. I still have struggles but the difference now is that I know how to work through my struggles. Instead of hiding from them and being in denial acting as if the troubles don’t exist I am able to work through them. I often work with the people who support me the team at my job, my therapist, and my peers to get through it. I am working towards helping all the young adults that I can come encounter with to achieve recovery.

I would tell them to trust the process of recovery, it is for everyone. I would tell them that they are not alone and to realize that there are people that want to help them. If I had paid attention to the people that offered their help and support I would not have made as many mistakes or learned so many of my lessons the hard way. In life, you will realize there is a purpose for everyone you meet. Some will test you, some will use you and some will teach you. But the most important are the ones who bring out the best in you, respect you and accept you for who you are. Those are the ones worth keeping around and listening to. Lastly to everyone reading this I leave you with this quote “Whenever you find yourself doubting how far you can go, just remember how far you have come. Remember everything you have faced, all the battles you have won, and all the fears you have overcome. You Can Do It”!!! Also if you would like to get involved in Join Rise Be, go to website joinrisebe.org, follow us on twitter, facebook and tumblr. 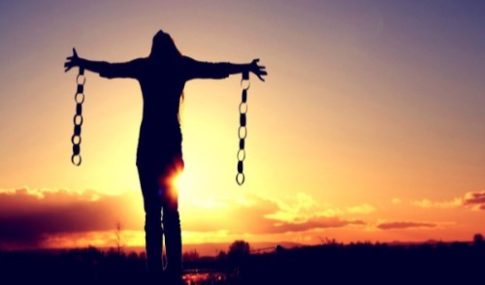 I started admitting the truth and I continued healing.