When I moved to America at age ten, I hit the ground running. Sixth grade had just begun and with a confident smile as large as my face and a laugh that was infectious, new friends were flocking to me as if my french accent was made of gold.

Inevitably, time went on and years flew by. By seventh grade, I was no longer the new-kid with the smile that everyone wanted to know, but I became the girl who”s ability to “laugh anything off” was taken drastic advantage of. I became known for being able to take any joke, and so, for the next four years, thats just what I did.

From seventh grade to my sophomore year of high school, I never caught a break. Any word I said or any question that I asked was first remarked as ‘stupid’, and then, over years, completely disregarded as a whole. Students, teachers, friends and friends’ parents laughed at every word that came out of my mouth as if any thought that I formed was somehow inadequate. In seventh grade, I was on the receiving end of every joke because my ear-to-ear smile and my contagious laugh meant “I could take it”. By the end of my sophomore year of high school, those jokes had somehow become my identity.

While everyone else still saw my smile, holding back tears on the car ride home became my familiar routine. I hated what their words had done.e to me and I began to hate myself for somehow letting this happen. For so many years I had disregarded their quips because I told myself that *I knew* my own value, and that that’s all that really mattered. By sophomore year, It didn’t matter how confident I once was, because after years of hearing that I was worth nothing, I started to believe that it was true.

The hardest part of the situation that I had found myself in was that there really wasn’t a word for it. I felt uncomfortable saying that I was being “bullied” because, well, I wasn’t. I was friends with everyone, and as far as they all knew, I was a steel wall and their jokes bounced right off of me and got a laugh from all of us. How could they know how much their words actually hurt – that I was only laughing so that I wouldn’t cry?
So I didn’t feel like I was being bullied. I was desperately misunderstood, and it seemed like there was nothing to really be done about it. What helped was the support of my family. My parents and brother know me better than anyone, and as much as I tried to hide my pain to keep it from hurting them, it became inevitable that I would have to tell them everything. I don’t know if making it out of sophomore year would have been possible without them, their support became what kept me afloat through that lowest point in my life. When I started to believe that I was worthless, they did everything that they could to make sure I knew that was not true.

It’s my nature to put every person’s wellness before my own, and for so long I found that it was impossible for me to tell my friends how their words really hit me in fear that they would become embarrassed and upset. By the time I actually worked up that courage to tell them, those words in themselves became a joke as well.
When that school year came to it’s end, it was a huge weight off my shoulders. I was able to take the following few months of summer to rediscover myself. I found the greatness within myself once again, and I made new friends who saw it, too. The turning point for me became having enough courage to realize what was best for me, and that transferring to a new school would not be cowardice nor a sign of weakness, but would be a brave step towards becoming the person that I am capable of.

Now, high school has come to it’s end, and I haven’t once looked back with regret at the decision that I made to switch schools. The last two years of high school became my much-needed clean slate. I grew more than I could have hoped for, met tons of new people and even continue to stay in touch with those from my past school. Over everything, I’ve learned that words and relationships with people are what you choose to make of them, and neither should ever get in the way of you become the best person that you can be.
So now, despite everything, I still wear a smile that is almost as big as my face… and I bet if you heard me laugh you’d find yourself laughing too. I discuss things with people, ask questions, and most importantly, never let the fear of judgement quite my voice.
Two years ago, at a time when I have never been so low, I found the strength to let go of everyone else’s words and instead grow into the person that I am today. Of 8 billion opinions in the world, I stopped listening to everyone else’s. Will you? 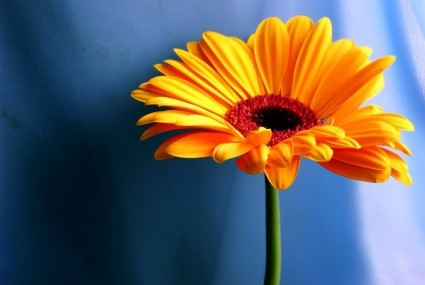 While everyone else still saw my smile, holding back tears on the car ride home became my familiar routine.