Since I was 17 years old I’ve struggled with being an asexual. I never knew what that was. Before I knew what it was I thought that there might be something wrong with my body that was going to prevent me from being able to have kids one day. Once I realized what asexuality was and that it is rare, I more or less accepted it. I mostly like it because I like to see the look on other peoples faces when I say that.

But anyway, I spent my whole life up until now thinking that I wanted to have kids and a boyfriend or a husband. It’s still hard for me to say but I must admit, I don’t want a boyfriend or kids. I’m starting to think that I don’t even want to get married. I don’t know if I wanted to get married to be normal or have normal hopes or expectations on life. Some people will say “how can you not want to have a boyfriend?” “how can you not want to get married?” “how can you not want kids?!” I’m not even going to use the excuse of society or the economy to back up my reasons for not wanting those things. Honestly, my response to all of that stuff is how could you want those things? A husband maybe and that’s only because my mom kept on ranting about that stuff. I don’t think that I’ve ever wanted to be anything other than to myself. when I see a man and a woman together I either smile for their happiness or I ignore them.

When I see a man who’s attractive due to societal standards I ignore him. I’ve never wanted to kiss anyone, hug them, make love to them, or even hold hands with them. I can’t judge heterosexuals or homosexuals for being the way that they are because then that would mean that there’s nothing wrong with them judging me. I’ve just never seen anything attractive about a man. I’ve had a hard time coming out and dealing with this but I understand now that I’m about to be 23 years old that there’s nothing wrong with me ‘having a problem’ or being the way that I am. I can’t be judged for small things so why should I think that it matters? I don’t think that anyone should judge me for being the way that I am and I find it highly disrespectful for people to think that I’m gay because I have no attraction for members of the opposite sex because I’m too afraid to admit that I’m gay. Honestly, I think that when people do that that’s their way of saying that they’re uncomfortable with the way that they are.

Thank you for reading my post and just know that I’m not the only one that feels like this. Asexuality is rare and the cause of it is unknown. but it’s not a disease, we’re not confused, and we’re not gay (no offense to those that are). We just have no urge to have sex, have children, or be in a relationship. we are all very capable of doing these things and some of us do. however it’s not due to an urge of any sort. 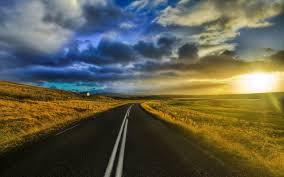 Since I was 17 years old I've struggled with being an asexual. I don’t think that I’ve ever wanted to be anything other than to myself.