I was diagnosed with a severe onset of Bipolar Disorder at the age of 10. Everything happened almost instantly. I was very paranoid, out of touch with reality, and depressed. I was extremely symptomatic, and that was just the scratch on the surface of a 16 year journey I would embark on.

As far as support, no one really knew what to do, or how do address the actual problem was because of the severity of the illness and many different symptoms. I ended up being loaded up medications by different doctors over the years, repeatedly going in and out of different impatient hospitals and DCF placements. They all much pretty much had a negative impact at the time being.

There were 4 huge turning points which would end up being the transition to an improbable recovery story. After a 4th uncompleted suicide attempt, I realized I was here for a reason, I wasn’t sure what that was, but I was going to find out. One thing that was always true to my nature is helping others and making a difference. The 2nd turning point was finding out the main diagnosis with everyone on the same page. An evaluation was done when I was 22, and they found out I had PTSD. There was validation, trust amongst everyone helping move forward. I ended up getting the right treatment and care which was extremely significant. Also 2 big components to this. Stability and consistency. When that is something you have lacked your entire life and has effects on various aspects its almost impossible to get better. The final and most significant turning point was being able to “Let go”. A lot of bad things happened growing up and actions I had done, and I always felt guilty after them, I was very hard on myself. I am my own worst critic and always will be. People have told me It wasn’t my fault because of how sick I was and that I had no control over things that had happened. And once I was able to forgive myself for those actions in the past, an immense amount of weight was lifted and burdens were gone. This was when I was 23 years old. Also finding “inner peace”. I realize that I may not have the materialistic things that people my age have, but I have gone through adversity at such a young age and overcome trials and tribulations that can’t even be fathomed. Once i was able to have that acceptance and became satisfied with myself, I became satisfied with life..

Life is going very well right now, and there isn’t really much more I could ask for. I work 2 jobs currently. I am employed with Advocacy Unlimited and Join Rise Be. I also am an Assistant Director for a before and after school program that takes place at an elementary school with ages K-5. I live in my own apartment, am self sufficient and financially stable. I am heavily involved in the Young Adult Mental Health Advocacy Movement across Connecticut. I have testified at the Legislative Office Building in Hartford regarding services they were trying to close, met with a couple senators educating them on the beneficial parts of what they provide. Being apart of multiple conferences regarding mental health, Running a workshop on Self Expression and Advocacy, was a recipient of the 2019 individual advocacy award through Keep The Promise and other care proving agencies. I had extremely low standards that people set for me at 10 years old. That I should have been taken away from my family. I wouldn’t be a functioning member of society, and much more. I was able to prove those wrong and accomplish what has lead to an improbable recovery story. A goal I am working towards is finding out what career I will have involving work as an advocate. I am apart and helped others in many different ways and paths. What seems to be most helpful is sharing my recovery story with others, and actively engaging in these types of conversations. I can articulate them in ways where people who have similar struggles can relate, and people who have influence on power, policy, and procedure and understand from different perspectives. I am blessed to be able to do that.

There are several things I would tell people who are having a hard time, and things I wish I knew earlier. Know there is a light at the end of the tunnel. Its there, it might take awhile for some people, and longer for others, but that’s the beauty of walking your own path and having your own story to influence others. Also know you aren’t alone. There are times where it feels like you are, but you aren’t. Be open minded. There are some services/advice/strategies that may not help. But some will. Have that mindset and continue to work hard every day and stay dedicated. Finally, turning knowledge into wisdom.Knowledge is power. I am all about perspective, insight, self awareness, and .growing and learning as an individual every day. An example of this is if you are going through a similar struggle or scenario you had previously dealt with, reflect back on what worked and what didn’t and apply that to the best of your capabilities. Don’t get stuck on the past and fixate on it though, “Its good to look back at the past and see what path you had gone down, but also use it as way to pave a new road going forward”-
Alex Perfetto 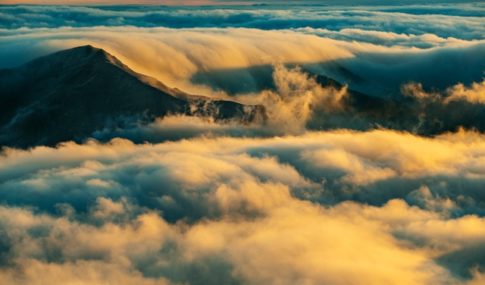 I was diagnosed with a severe onset of Bipolar Disorder at the age of 10. Everything happened almost instantly.