My brother was born with Tourette’s syndrome. Tourette’s syndrome is a neurological disorder causing repetitive, stereotyped, involuntary movements and vocalizations, also called tics. This causes my brother, Max, to have uncontrollable outbursts and act impulsively. In addition to the Tourette’s, Max struggled with anger which was never treated or taken seriously. This led to the event that changed my life. One day Max came storming into the living room yelling at me for eating a piece of his candy. I’ll admit it now, I had taken a single ‘fun sized’ piece of candy from his stash. How he noticed? I would never know, but now it was time to deny, deny, deny. It started with yelling and hitting; next thing you know he tackled me to the floor. I hit my head hard. Nothing felt normal, but it was a school night so my parents that I was playing sick and trying to get out of tomorrow’s math test.
The next day at school was horrible: the loud noise, the bright lights, reading, taking notes, all of it. After school, I went to the doctors and found out that I had mild concussion. The word “mild” is typically used in salsa, there is Mild, Medium, and Hot. When it comes to the brain any damage is bad, there is no mild, medium, it’s all just bad. The damage hurts the brain cells on the side that was hit and it all depends on the person, the area that was hit, and many other factors, determine length of recovery. I had hit the back right side but when you hit one side, it bounces back to the side opposite. In addition to hitting the back right, I also hit the front left side of my brain. So when my mother and I heard the word ‘”mild” we thought there was very little damage and I would recover in no time. Unfortunately, we were mistaken and this has changed everything.
I went to a neurologist and he ran tests to examine what part of my brain was impacted. Memorization, puzzles, reflexes; test after test. After three weeks of testing, I finally found out what happened to my brain. I suffered from post concussive syndrome and new learning disabilities as well: a reading comprehension disorder, ADHD, and dyslexia with extreme anxiety and depression. I was in shock that a small head injury could impact my life so drastically.

I eventually received medicine to aid my focus in school and I have learned to try to talk about my concerns to further lessen worries. Lastly, I have my amazing family and friends to support me along the way. As much help as I got, however, I still struggled with my grades. It was heartbreaking because no matter how hard I tried, I never seemed to understand as easily as before.

By the end of my junior year everything started to look up. I started to get my friends back, I started to eat healthier, I exercised more, and my grades began to go up. I can only hope that it’ll stay this way and that I will have a bright future ahead of me.

I am currently 2 weeks away from graduating high school and my senior year was better than I could have ever expected. I was on the varsity swim team and beat all of my times, I earned straight A’s, and applied to college. I am happy to report that I’ll be attending the University of Delaware, a school that I never thought I would get into. I am extremely proud of all of my accomplishments throughout the year and look forward to more in the near future. Despite my setbacks and needing to learn how to learn again, I now know that it’s fundamental to later success.

Don’t be afraid to reach out for help. If you feel as though something is wrong, then act on it because it’s not going to get better with time. I know this is cliche, but it is something that people take for granted. Family and friends will always be there to support you and help you through hard times. 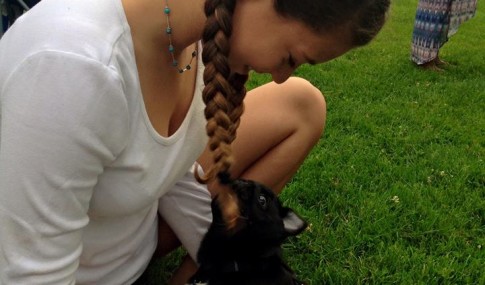