Come on out on Mondays and Wednesdays, 3-8pm, for some fun. There is something for everyone, including tutoring, relaxation, music, gaming, art, movies, creative writing, as well as movement activities and more.. Also, come out and connect with other young adults!

We cannot wait to seeee you! 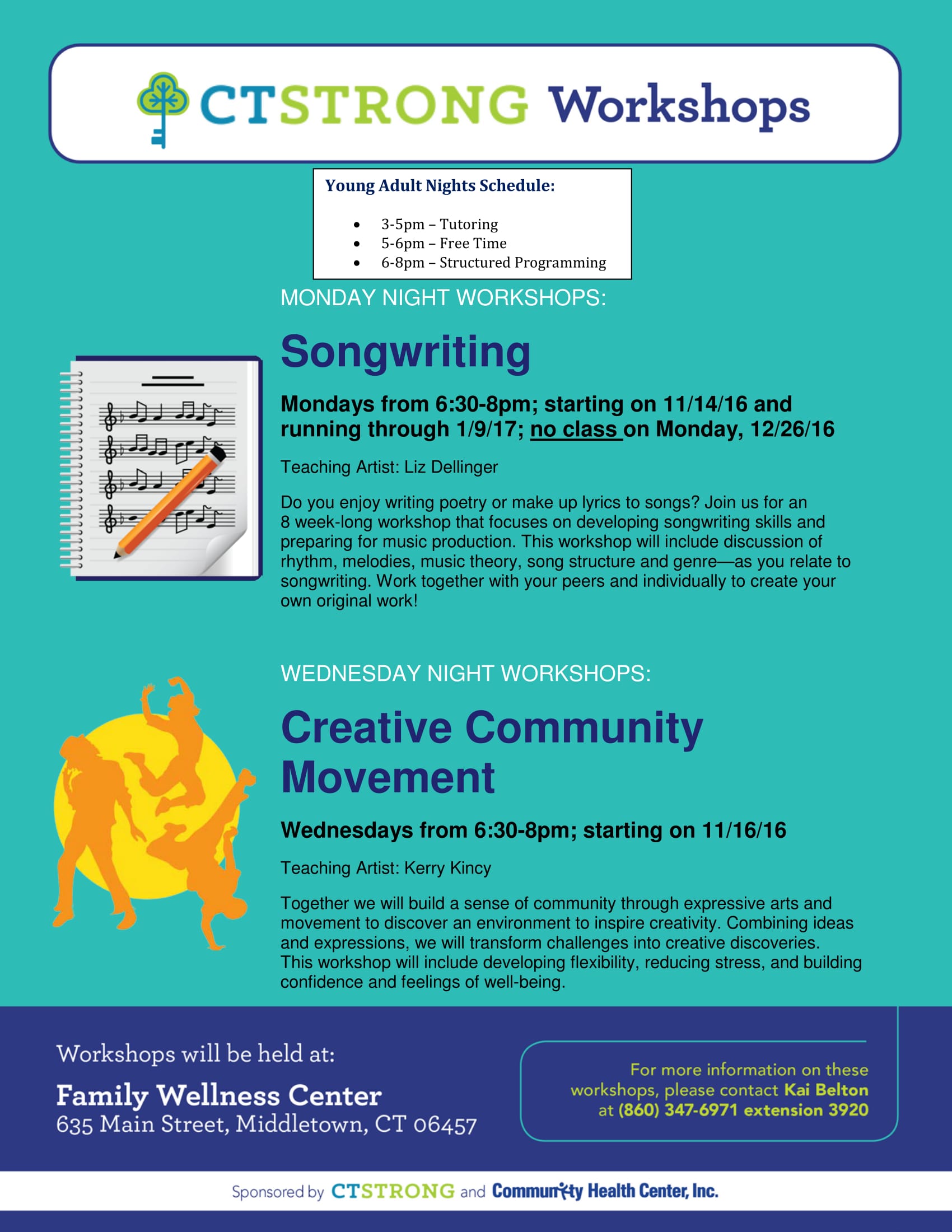 “To us in America, the reflections of Armistice Day will be filled with solemn pride in the heroism of those who died in the country’s service and with gratitude for the victory, both because of the thing from which it has freed us and because of the opportunity it has given America to show her sympathy with peace and justice in the councils of the nations…” Woodrow Wilson, November 1919

Each year on November 11th, the United States observes Veterans Day. The date’s significance stems from what Wilson refers to as Armistice Day – a day which commemorated the cessation of military hostilities between the Allies and the Central Powers on the eleventh hour of the eleventh day of the eleventh month in 1918, thus ending the First World War. What began as a day to honor the fallen veterans of World War I – also called the “Great War” – has since become a day to honor veterans, both living and deceased, of all wars since, unfortunately, World War I proved to be anything but the “War to End All Wars”.

As so many of us are aware, if anything is a threat to mental health, it is war. And sadly, no one knows this better than our veterans and their loved ones.

According to the National Alliance on Mental Illness (NAMI), veterans experience major mental illness at rates significantly higher than their civilian counterparts. Service members and veterans were found to experience depression at five times the rate of civilians. The rate of Post Traumatic Stress Disorder (PTSD) is fifteen times higher among veterans than among the civilian population. Moreover, the threat of stigma impacts all those experiencing mental illness, whether in uniform or not. NAMI recommends that military personnel proactively seek treatment when they sense a problem, citing studies which show that only 3% of those who seek mental health treatment themselves face negative consequences, versus those who wait to get treatment by mandate, nearly 40% of whom faced negative consequences as a result.

If you visit the mental health page on the US Department of Veterans Affairs website (which unfortunately isn’t linked to or advertised on their homepage) you can see just some of the issues that veterans deal with, including PTSD, Substance Use Disorder (SUD), Intimate Partner Violence (IPV), and suicide. And those are just the ones that are specifically mentioned on that page. Mentalhealth.gov, also has veteran specific resources, including how to get immediate help and resources on support services and healthcare.

This post only briefly touches on a handful of the mental health issues which veterans experience and does not even begin to address the mental health concerns of their friends and loved ones, or of the civilians who live in war zones. As mental health advocates, I believe we have to advocate strongly for our service men and women, working to ensure that they have the resources they need to maintain and restore good mental health. In my view, this would include access to accurate information about the risks of combat, competent command and the provision of coping skills (such as Mental Health First Aid) while serving, and unlimited access to effective treatment and support when they return home (and even when they are serving, as much is reasonable). A therapist is just as essential as a medic when it comes to war since, as we now know, some of the deepest and most severe wounds are not physical.

When I was younger, I resented the Peace Movement as a bunch of renegade hippies who has issues with authority and didn’t know how to show respect for our nation or our veterans. As I’ve gotten older, I’ve come to realize that many peace activists are simply concerned citizens (some veterans themselves) who understand – whether through first hand experience or vicarious knowledge – the grossly negative impacts of war and who are working to prevent further conflict and suffering. Maintaining mental wellness can be enough of a challenge during times of peace – it therefore behooves us to do everything in our power to prevent anyone from having to cope with the added burdens of war. What better time than on Veterans Day to reflect upon these important issues?