The Increase in Teenage Mental Illness Needs to be Talked About

When I checked my inbox this morning, I noticed that I had received a few emails from the New York Times about how mental illness in teens is soaring to drastic levels. I was surprised to see a newspaper as big as the Times not only acknowledging this major problem, but writing extensively about it and even sharing the stories of some teenagers. Now, I’m certainly no stranger to teenage mental illness; for me, while this major issue is upsetting and disheartening, it is all I have ever known. Even so, I felt my heart drop when I read the accounts from people as young as 13, talking about their struggles with depression, anxiety, self harm, and suicide. I know first hand what that pain can feel like, and I wouldn’t wish it on anyone. But I think the rawness of the article is a good launching point to bring more attention to this conversation.

There are plenty of things that can be named as the cause of the rise in teenage mental illness; stress about college, the pandemic, social media, the list goes on. It’s likely that all of these aspects are contributing to this increase. And while finding the cause for this situation is incredibly important, it’s also important to remember that the goal of spreading awareness about this issue shouldn’t be to find something to blame for it; it should be helping those who are struggling and being there to support and advocate. There can be a million different reasons why someone develops mental illness, and it’s different for every person. Mental illness is such an individual experience for everyone, and I worry that if this increase in mental illness is attributed to a single factor, in can feel invalidating to others and make people less motivated to explore other potential reasonings for this trend.

Another major fact (and one that is often not discussed) is that many more people are reaching out for help, and getting diagnosed. Though stigmas around mental health today are certainly a major issue, it used to be much more significant. As such, many people didn’t seek out treatment and therefore were not considered “mentally ill”. Fortunately, it has become more accepted to get help for your mental health, and more people are being accounted for. While I think that this is not the full reason for why we are seeing such an increase in teenage mental illness, it is entirely possible that there were also many people struggling previously that were simply not included in statistics as they hid their suffering.

While I think that this and everything I mentioned before (school stress, COVID, social media, etc.) have significantly contributed to the increase in teenage mental illness, I want to take a moment to focus on the people behind the statistics. It’s easy to read an article about mental illness impacting a demographic and become desensitized; after all, most of the time it is discussed through numbers. But I believe that this information only proves that we need to make a bigger effort to support individuals. As mentioned, mental illness comes in different forms with different causes and experiences for everyone, which can make the task of working towards decreasing rates of teenage mental illness daunting. And no doubt, it is; but helping even one person, though it may seem insignificant in context of the major issue, can change someone’s life. It may only subtract one person from the thousands struggling with mental illness, but small change is change nonetheless. 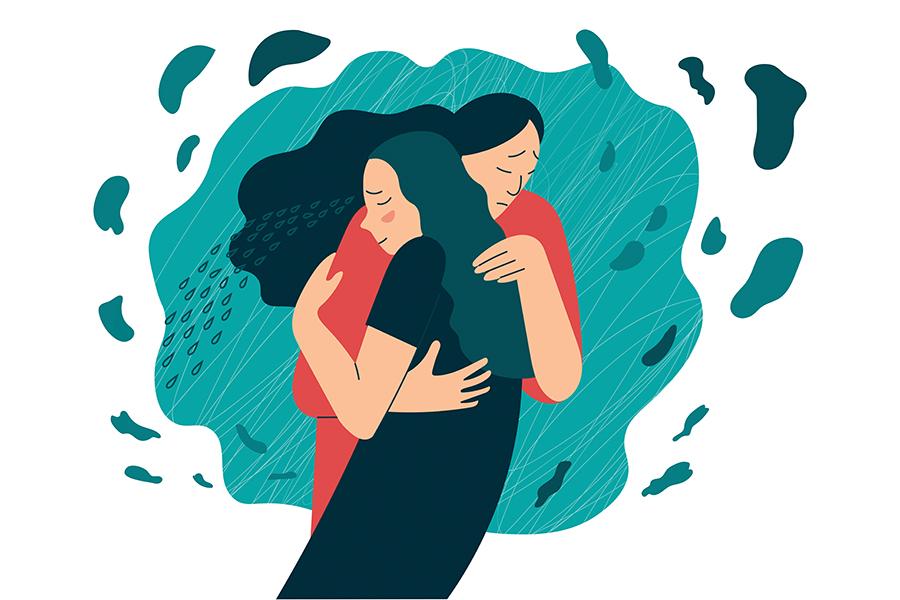