Did you know that August 10th is spoil your dog day? I’m so excited that I have a dog I get to spoil today!! Although, to be fair, my dog gets spoiled everyday because I love him.

Earlier this week, I wrote about National Cat Day, because my cats have been a huge part of my recovery for years. For those of you that don’t know, I became a first time dog mom at the end of January this year. I had loved dogs before, but I had never had my own. The adjustment from being just a cat mom to a dog mom was pretty hard for me in the beginning, but he is not a crazy baby puppy anymore and he actually just sits and relaxes with me now instead of being a madman 24/7.

Anyhoo, back to National Spoil Your Dog Day! As I said, it doesn’t have to be a national holiday in order for my dog to get spoiled, but I of course made his day a little extra special. We woke up nice and early and took a walk along the shoreline at Bluff Point State Park and he had a blast sniffing around and getting to explore.

After, we went to Starbucks to get him his pup cup. At this point, he knows when we are at Starbucks and he will excitedly whine and bark as I’m trying to order his pup cup for him. The baristas always laugh because sometimes he is so loud with his excitement that they can’t hear me or they’re like ah yes, a pup cup!

Since it’s been pretty muggy and hot lately, when we got home we spent the rest of the day relaxing on the couch together watching TV. When he was a tiny puppy, he had way too much energy to just lay down and snuggle me, but now that he’s a little bit older and way less hyper, we are able to get some snugs in.

When my boyfriend got home, we then took Rip for a car ride because he LOVES car rides! However, unlike most dogs, he doesn’t love putting his head out of the window.

If you missed this month’s Spoil Your Dog Day, be sure to celebrate next year! Our dogs that love us so unconditionally and that try to lift us up when we are down deserve all of the spoiling. If you can’t wait until next year, I definitely recommend some spoiling days before then! 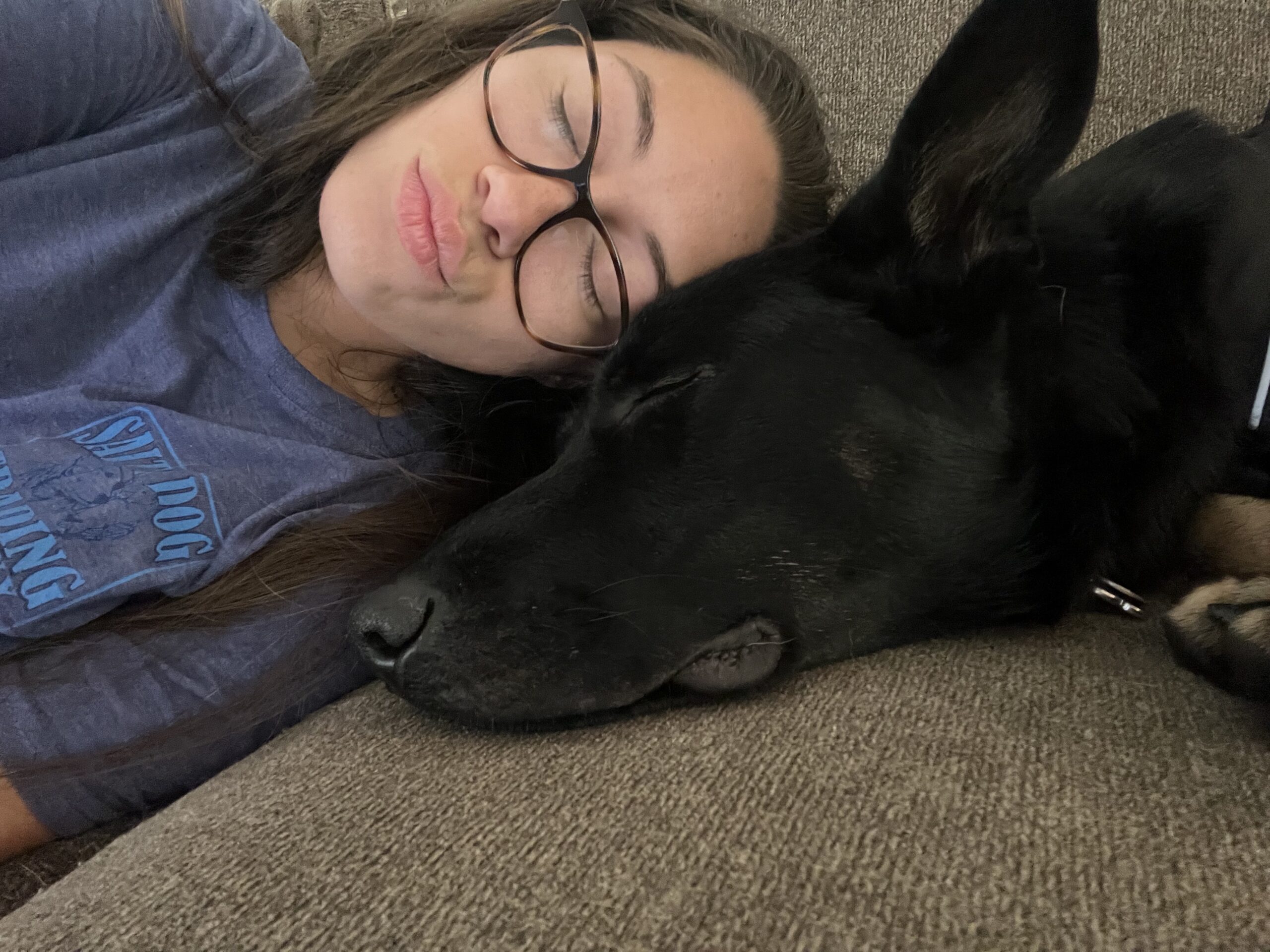