Did you know that August 12th is National Middle Child Day? How great is it that all of us middle children that get forgotten get a whole day for people to remember we exist!

Typically, middle children feel forgotten and unseen. They are neither the first born, nor the last born. They’re just the inbetween.

When I was 16, I became the middle child. Sure, I spent most of my life as the baby of the family, but I will say even though I was much older, I definitely did end up getting the middle child treatment. This was especially true because my sister was 16 years younger than me. Of course my parents were going to give her more attention. High schoolers aren’t viewed as needing as much attention.

That’s not to say that my parents completely forgot me, but my mom definitely favors my brother because he was her first baby and then my sister obviously needed more attention than I did because she was an actual infant. She also just got all kinds of attention because suddenly there was a cute baby for everyone to obsess over.

Even at 25, I still kind of feel the effects of being a middle child. My brother is married with a baby and my sister is just starting middle school. I live on my own and have four animals, but my parents definitely don’t care as much about my animals and me as they do about my other siblings. But, I’ve had ten years to get used to it after being the baby for 16 years. 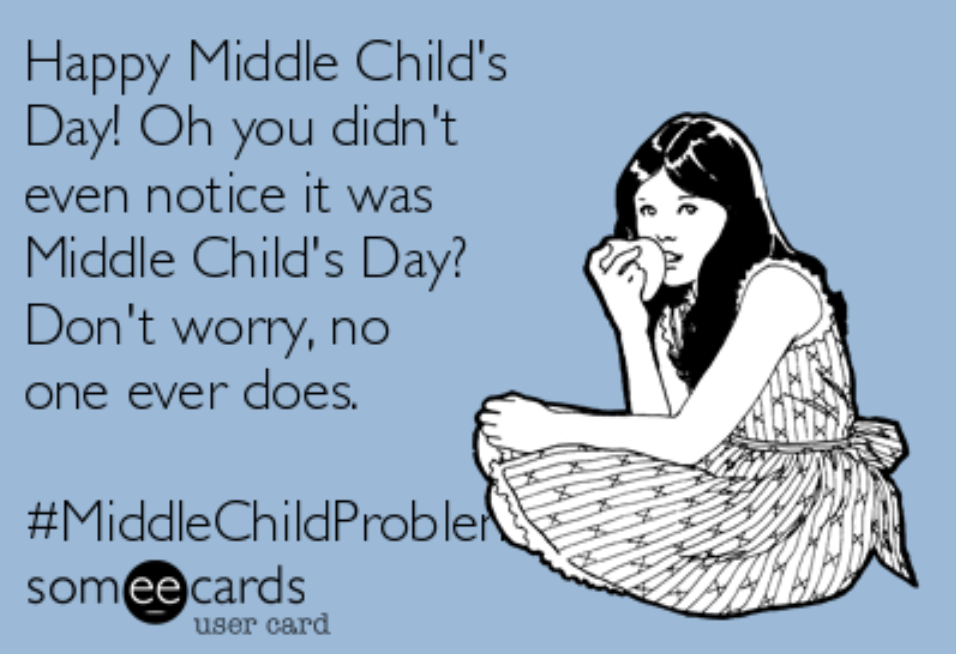